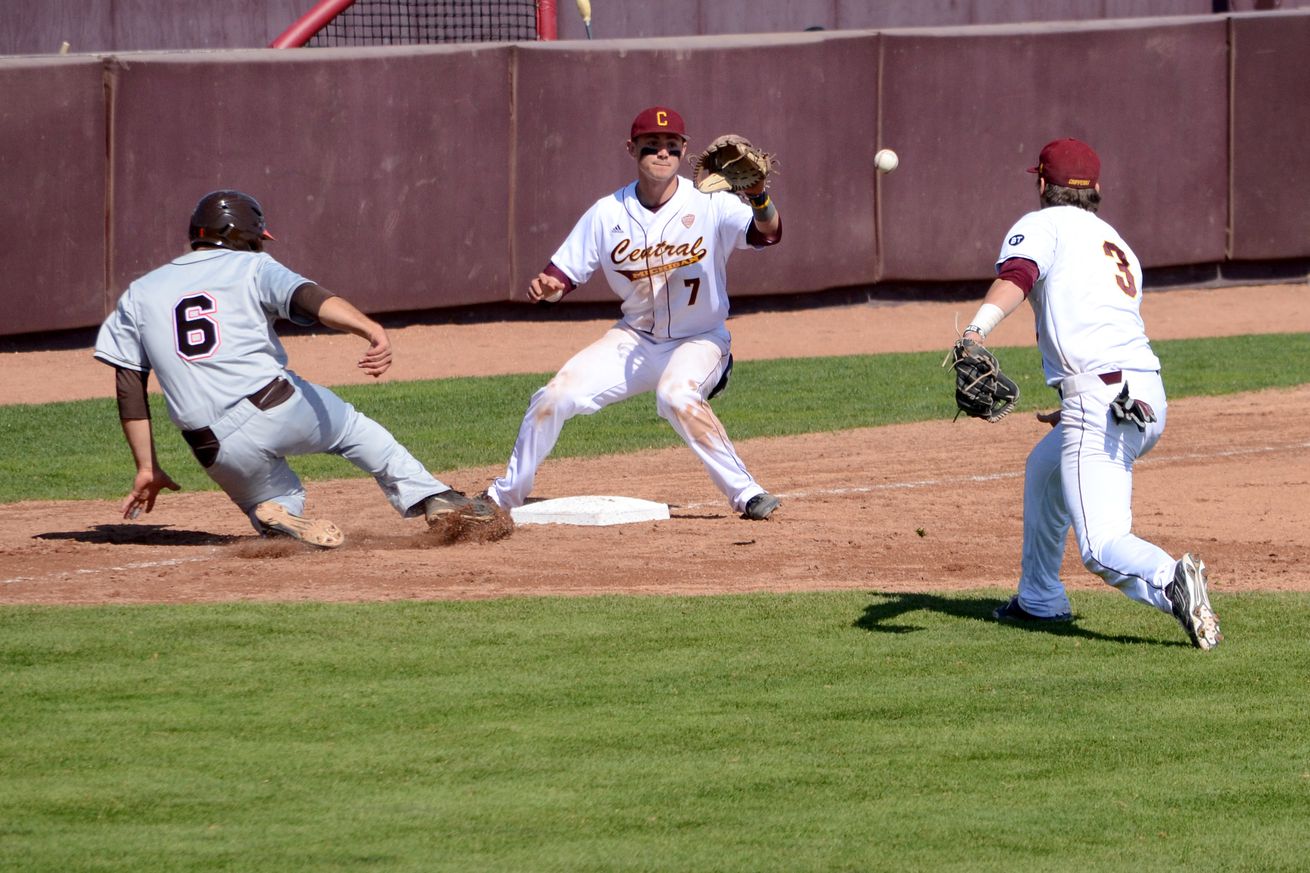 Zach McKinstry has emerged from 33rd-round draft pick to major leaguer with the LA Dodgers.

August 5, 2020 will be a day Zach McKinstry will never forget.

Per MLB Network’s Jon Morosi, the Los Angeles Dodgers have called up McKinstry to the active roster, four years after the Dodgers used a 33rd-round pick on the former Central Michigan Chippewa.

NEWS: @Dodgers call up Zach McKinstry, who is poised to become first @CMUBaseball alum in @MLB since Josh Collmenter and @DietrichEnns in 2017. @ZachCMU is a former 33rd round pick who has proven he can play all over the diamond. Great at-bats. Relentless worker. @CMUAthletics

McKinstry earned Louisville Slugger Freshman All-American Honors and finished on the All-MAC second-team as an infielder in 2015, and set several season-high streaks the following year, including a 17-game hitting streak and a 26-game reached base streak, with a team-high 24 games with multiple hits.

In his two seasons at CMU, McKinstry hit .321 with a .403 on-base percentage across 118 games. Despite just two years of collegiate ball under his belt, the then 21-year-old elected to begin his major league career versus returning to campus in 2017 when the Dodgers came calling on draft day.

Since joining the professional ranks, McKinstry has quickly climbed the ladder, proving to be a valuable asset around the diamond and at the plate.

McKinstry split his time between Double-A and Triple-A last season, putting together a remarkable season at the plate. In 121 games between the two levels, McKinstry hit .300 with a .366 OBP, 19 home runs, 24 doubles, and six triples.

His 2019 campaign showed quite the shift in his offensive profile, having never hit double-digit home runs in his amateur or professional career up to that point. Now a left-handed hitter with pop, McKinstry’s developing game power may be a career-changer.

The 2019 Double-A All-Star played just about every position on the diamond, seeing time at second base, shortstop, third base, left field, and center field in 2019. Second base is his likely primary position in the major leagues, where he has previously earned high praise from Dodgers pitchers during spring training stints.

McKinstry’s versatility is even more of an asset in 2020 as major league clubs utilize expanded rosters (30-man rosters vs. typical 26-man rosters) and attempt to balance increased injuries, positive COVID-19 tests, and more curveballs in what has quickly become a unique MLB season.

With his newly found power stroke, defensive versatility, and undeniable work ethic that has led him to the major leagues, the Dodgers now have a left-handed hitting utility option to provide valuable depth in a major league season where depth is key.

The Dodgers complete a three-game series against the San Diego Padres on Wednesday night, where McKinstry could see his first major league action.