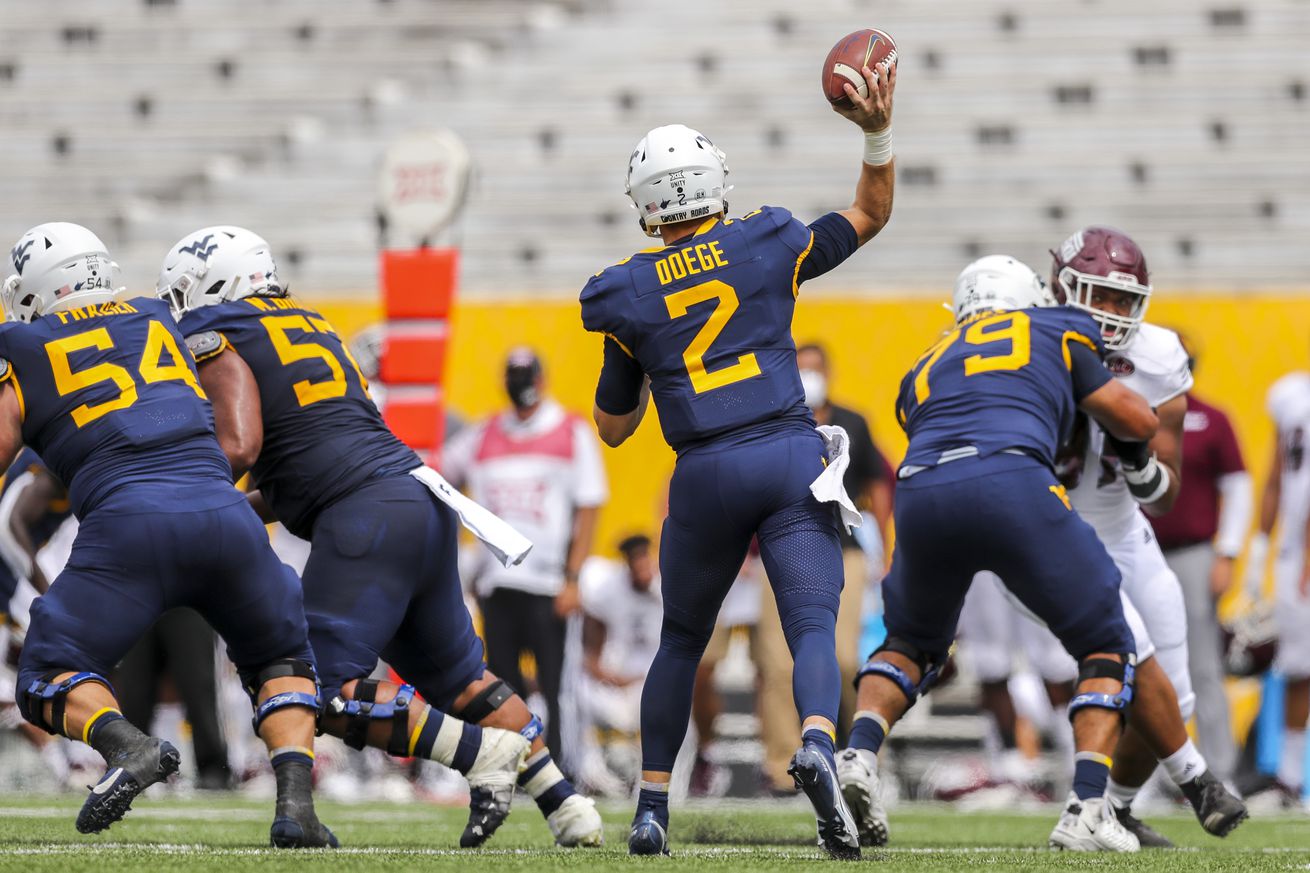 We don’t have MAC games to write about, but that doesn’t mean there aren’t MAC connections on game days.

We didn’t know if we’d make it this far, but two weeks of college football are already in the books. While the sport occupied our Saturday with plenty of thrilling finishes, it is still evident that college football isn’t the same unless all 10 conferences are competing. The Big Ten may vote to reverse its course of action, but for now, the MAC football season is postponed for the rest of the fall.

In a normal fall, our website is filled with recaps, previews, analysis, and columns about the 12 MAC schools we cover. While those stories aren’t available at the moment, there are still MAC-related stories unfolding this college football season. From former MAC transfers to former MAC coaches to opponents MAC teams were set to play, here is a rundown of all things #MACtion in Week 2.

Running back Tre Harbison was the focal point of the Northern Illinois offense for each of the past two seasons. With back-to-back 1,000-yard campaigns, Harbison was 14th in Huskie history in rushing yards and 18th in touchdowns. He announced his intention to transfer before the final game last November, and if his goal was to put his talent on display in the fall of 2020, that decision is paying off. In his debut with Charlotte, Harbison attained 87 rushing yards on 5.1 yards per carry. The 49ers’ upset bid against Appalachian State fell short, but Harbison initiated the scoring on the afternoon with a 14-yard first quarter touchdown. Harbison is set to serve as the feature back of a rising Charlotte program, one year after the 49ers lose prolific running back Benny LeMay. He is off to a remarkable start and faces a challenging defense next Saturday when pitted up against ranked North Carolina.

Former NIU running back Tre Harbison scores his first touchdown as a Charlotte 49er. Harbison has 52 yards and his team is ahead of App State, 7-0. pic.twitter.com/GhKgm1G7xB

After starting 17 games at Bowling Green in 2017 and 2018, Jarret Doege transferred to West Virginia in hopes of becoming Will Grier’s successor. Doege waited for two-thirds of the season but finally earned the starting role and upset Kansas State and TCU toward the end of 2019. As the Week 1 starter for the first time in a Mountaineer uniform, Doege dominated FCS opponent Eastern Kentucky. The former Falcon completed 19/25 passes and threw a trio of touchdowns in a 228-yard outing. Whether it was a deep ball or checkdown, just about everything worked for Doege and he checked out at halftime in the Mountaineers’ 56-10 win.

JARRET DOEGE, HAVE A DAY

Former Toledo head coach Matt Campbell took over an Iowa State program in 2016 that hovered around the cellar of the Big 12 and suffered through six-consecutive losing seasons. It was a quick turnaround for the former Rocket coach, who has strung together three-straight winning seasons at Iowa State for the first time since 1976-78. Frequently labeled “dark horse” Big 12 contenders, the Cyclones entered the season ranked No. 23 with returning playmakers including quarterback Brock Purdy and running back Breece Hall. But Campbell and the Cyclones started 2020 in nightmarish fashion. Although Louisiana (11-3 last season with 10 double-digit victories) is severely underrated, the Ragin’ Cajuns destroyed Iowa State in Ames. Louisiana returned two special teams touchdowns and scored 24 unanswered points to pull off the upset, leaving the Cyclones with plenty of question marks. Campbell will have to respond quickly as the schedule doesn’t simplify with TCU and Oklahoma looming.

College football head coaches whose last job was in the MAC finished 0-3 in Week 2. Former Bowling Green coach Dino Babers and Syracuse hung tight with No. 18 North Carolina for three quarters before falling 31-6. Former Northern Illinois coach Dave Clawson enjoyed a College GameDay feature for his Wake Forest squad, but No. 1 Clemson took care of business in a 37-6 win.

Would Buffalo have beaten Kansas State?

This stirred up an interesting Twitter debate among Buffalo fans and players during Arkansas State’s 35-31 upset in Manhattan, KS. The Red Wolves played a sloppy game — losing the turnover battle, getting a punt blocked deep in their own territory, and scoring zero points on consecutive possessions inside the Kansas State 10 — but they still managed to emerge victorious.

In a non-COVID-19 world, Kansas State opens its 2020 season on September 5 in Manhattan against Buffalo. The Bulls feature one of the best running back tandems in college football with returning 1,000-yard rushers Jaret Patterson and Kevin Marks. Patterson finished in the top five in rushing yards and 2019, and destroyed teams with six-consecutive 140+ yard games to conclude his sophomore campaign. Meanwhile, the Bulls feature the most talented pass rush in the MAC with a pair of stud defensive ends in Malcolm Koonce and Taylor Riggins. While Buffalo plays a contrasting style to Arkansas State, it’s safe to say it would be an intriguing Week 1 matchup against the Wildcats. The Bulls, winners of six of their last seven in 2019, finished with the best record in the MAC and only improved as the season progressed.

We can only speak in hypotheticals, but would Buffalo have taken down Kansas State in the Little Apple? The running backs believe so.