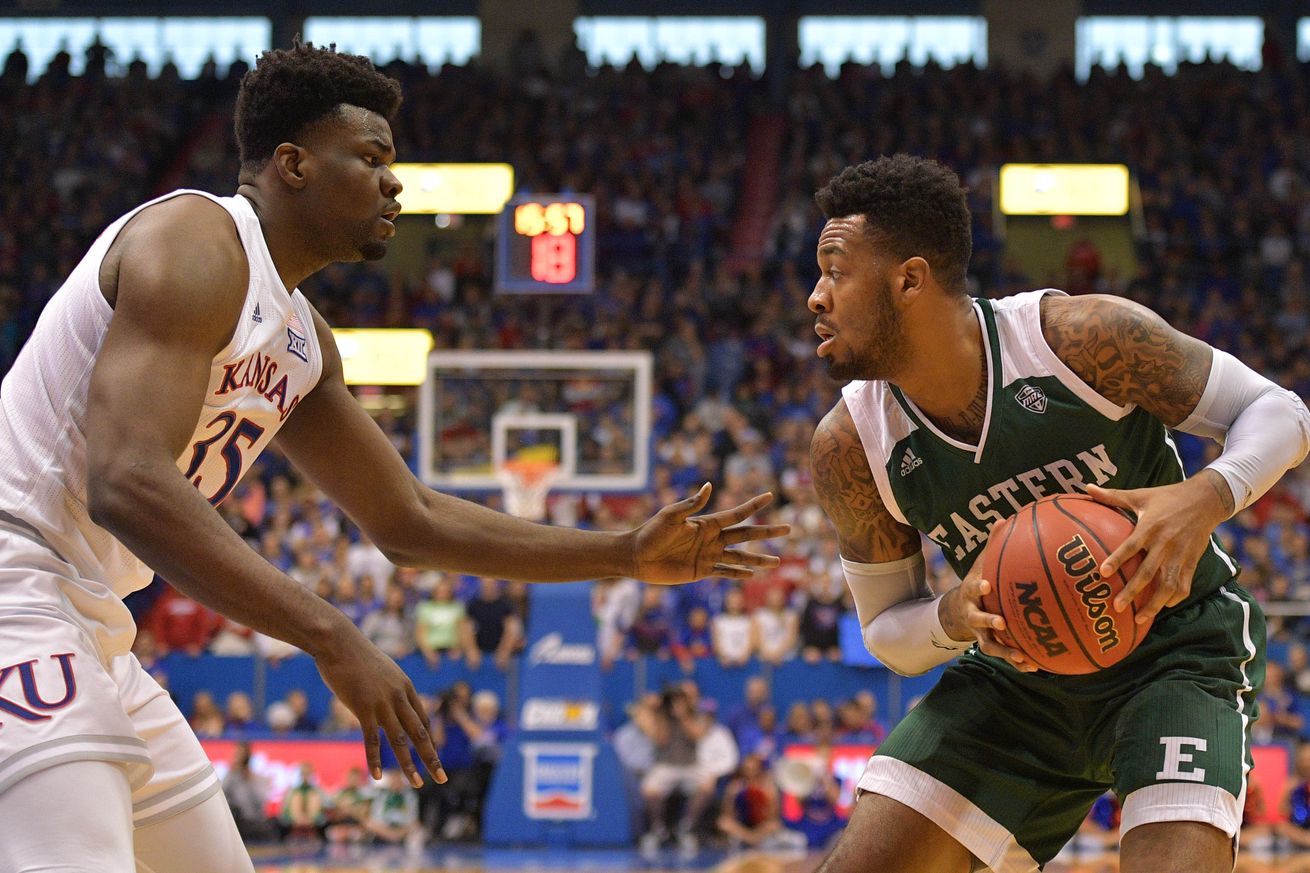 Thompson, EMU’s leading rebounder, will have a chance to start his professional career in Germany.

James Thompson IV, EMU’s all-time leading rebounder, will get another professional basketball opportunity, after a stint in Korea being cut short due to the COVID-19 shutdown.

Eastern Michigan Athletics announced Monday morning that Thompson will be signing a one-year contract with Telekom Basket Bonn in Germany.

Thompson is the top rebounder in EMU history with 1,452!

In his final season in the 2018-19 season with Eastern Michigan, Thompson averaged 11 points per game and 10.9 rebounds, and was second in the conference in field goal percentage (.642.) Thompson proved himself to be a very strong player with a scoring touch, but also caused gigantic havoc on the glass, ranking second in the NCAA in offensive rebound efficiency in his senior season.

Last season, Thompson didn’t disappoint in Italy. His statline was 13.4 points per game and 9.9 rebounds, keeping pace with his time at Eastern Michigan. Without even finishing a whole year in Italy, James was then off to Seoul, South Korea, where he strung together 6.5 points, 4.3 rebounds, in just 12 minutes per game with the Seoul Thunders. Thompson wasn’t able to show his full potential as he was restricted with minutes, even before the league ultimately shuttered due to COVID. That’s what’s causing him to be on the move again.

Telekom has several other American players on the team, including fellow MAC alum Xavier Pollard (Kent State), and is looking to have a strong season, having qualified for the Bundesliga finals in nine of the last 17 seasons. With several new additions, and the big one of Thompson, they should be a feared team in Germany.