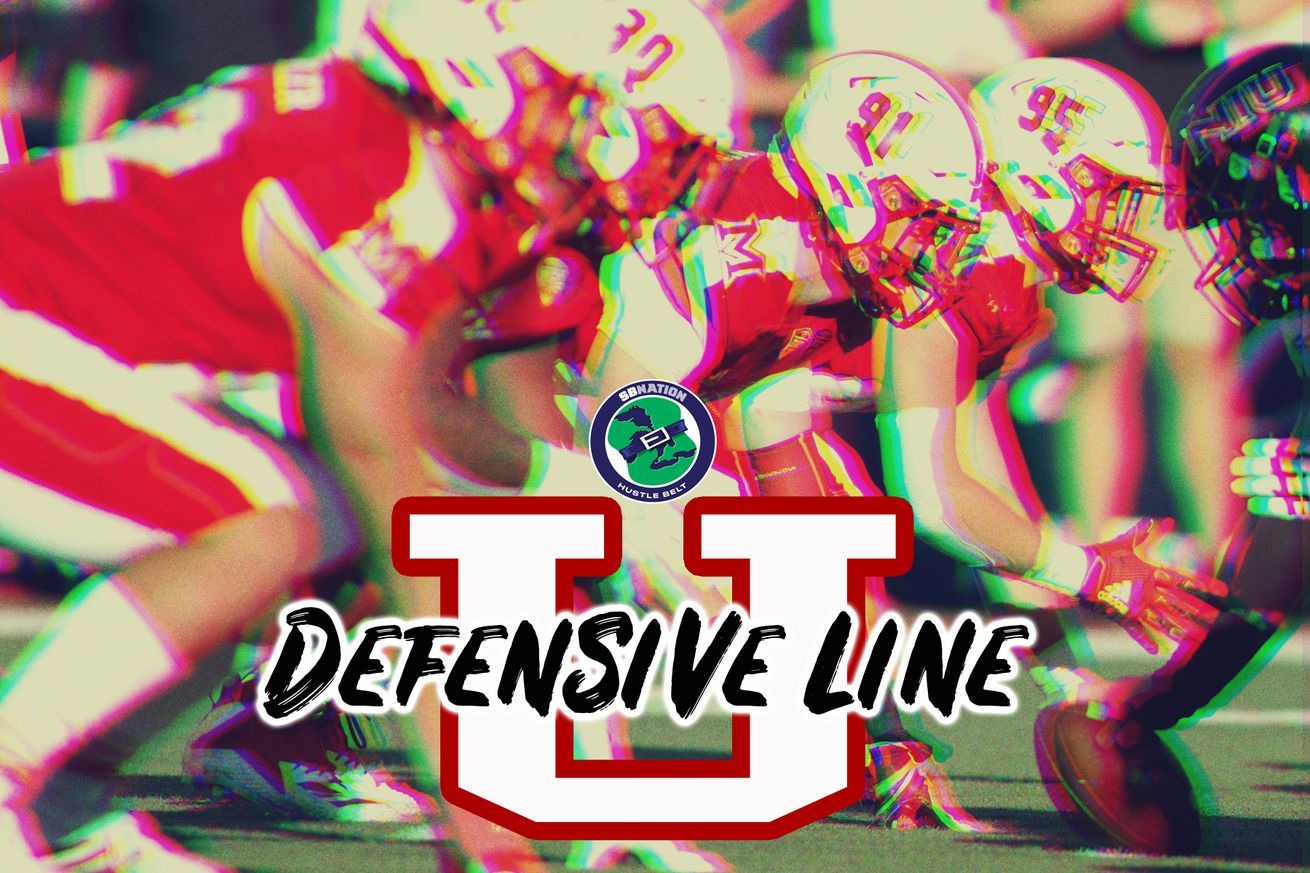 The best run stoppers and pass rushers in the MAC come from which school?

This week we continue our Positional U series and pick the MAC’s premiere school when it comes to producing great defensive linemen.

Our six voters chose the top three MAC programs with the best D-Linemen over the past twenty years, with a point value assigned to each spot:

Whichever team has the most points wins.

And if you missed any of the other positional battles, you can find them here: QB U, HB U, WR U, OL U.

The MAC has seen some great pass rushers and run stoppers over the decades. Names like Khalil Mack (Buffalo), Sutton Smith (NIU), Joel Ostman (CMU), Roosevelt Nix (Kent State), Maxx Crosby (EMU), and Anthony Wimbush have all been big stars over the past few years with Mack even making a name for himself in NFL these past few seasons.

But who is the best?

The Northern Illinois Huskies claim the top spot with nearly twice as many points as their nearest competitor! NIU claimed 14 points and four first place votes, as the Central Michigan Chippewas came in second with eight points while the Ball State Cardinals and Buffalo Bulls tied for third, with four points.

Dave: Larry English and Sutton Smith…that’s enough to put NIU in first place but then they also had Progar, Corcoran, Coffman, Alan Baxter, Perez Ford, and so many others. CMU is easily my number two with players like Ostmen, Bazuin, and Zombo. And Khalil Mack’s dominance gave Buffalo a small lead over Ball State and EMU for me.

Steve: Northern Illinois wins by a landslide. Sutton Smith is without a doubt the most dominant defensive lineman I’ve seen in the MAC. With only two years as a starter, he’s 21st all-time in sacks with 30 and 9th in tackles for loss. Over his final two seasons, Smith compiled 29 sacks, 56.5 tackles for loss, four touchdowns on defense and special teams, and two All-American nods. The only MAC player with more sacks in history is Larry English, another NIU grad. English is 14th all-time in sacks and first in MAC history with 31.5 and registered 54.5 tackles for loss before becoming a first round selection in the 2009 NFL Draft. Add pass rushers like Josh Corcoran and Perez Ford to the list, and NIU is clearly DL U.

James: Defensive line has become an extremely pivotal position in recent years, due largely in part with how the game has changed from an offensive standpoint. With the ball coming out in three seconds or less now, pass rush has become the most essential part of disrupting the opponent. That means the team who develops and recruits well along the front four is set for success for years to come. On that front, in terms of success over the last 20 years, it’s hard to ignore NIU’s great lineage of defensive lineman. Larry English and Sutton Smith have especially been success stories on that front, with both of those players holding important roles in their NFL careers. Jack Heflin and Josh Corcoran have also been significant names with success at the college level for the Huskies in recent years, establishing a pedigree that’s difficult to compete with. NIU, which had some of the best MAC defenses of the 2010’s, was able to do so in part because of a tenacious pass rush. That puts them over the edge of schools such as Central (with streaky success, but good individual talent) and EMU (a program with minimal results, but comparatively good talent.)

Zach: Similar to my reasoning for CMU for the OL; with the DL I have to put Buffalo at the top spot simply because of Khalil Mack. I know he’s just one player but I think he may end up being the best NFL player the MAC has ever produced.

Jordan: To me, NIU is the front runner for DL U because it seems that they just have a knack for developing disruptive players such as Larry English and Sutton Smith. CMU doesn’t have the top end production of NIU, but usually produces solid players like Ostman and Zombo. BSU is in a similar boat with Wimbush and Newsome.

Sam: Despite the lack of notable athletes in the past few years, Ball State has produced some beasts. You can look all the way back to Keith McKenzie, Super Bowl Champ (even though he doesn’t count since he was back in the 80’s). I’ll start with Anthony Wimbush. Anthony Wimbush totaled 25 sacks and 32.5 tackles for loss. You heard me right 25 sacks. And to his credit he didn’t play a full season until his junior year, so 25 sacks in just 39 games during his Ball State career. Jonathan Newsome, another Colts Draft pick from the Cardinals, also 5th round. Considering he only played two seasons after transferring from Ohio State, his 17 sacks and 24.5 TFL is even better. Eddins may be last on this list but he as well is no joke, 17 sacks and 34 TFL. So, when you look at their numbers – 59 sacks, and 91 TFL – Ball State is at the top of the MAC for sure.

Now it’s your time to vote and tell us if you think we got it right.