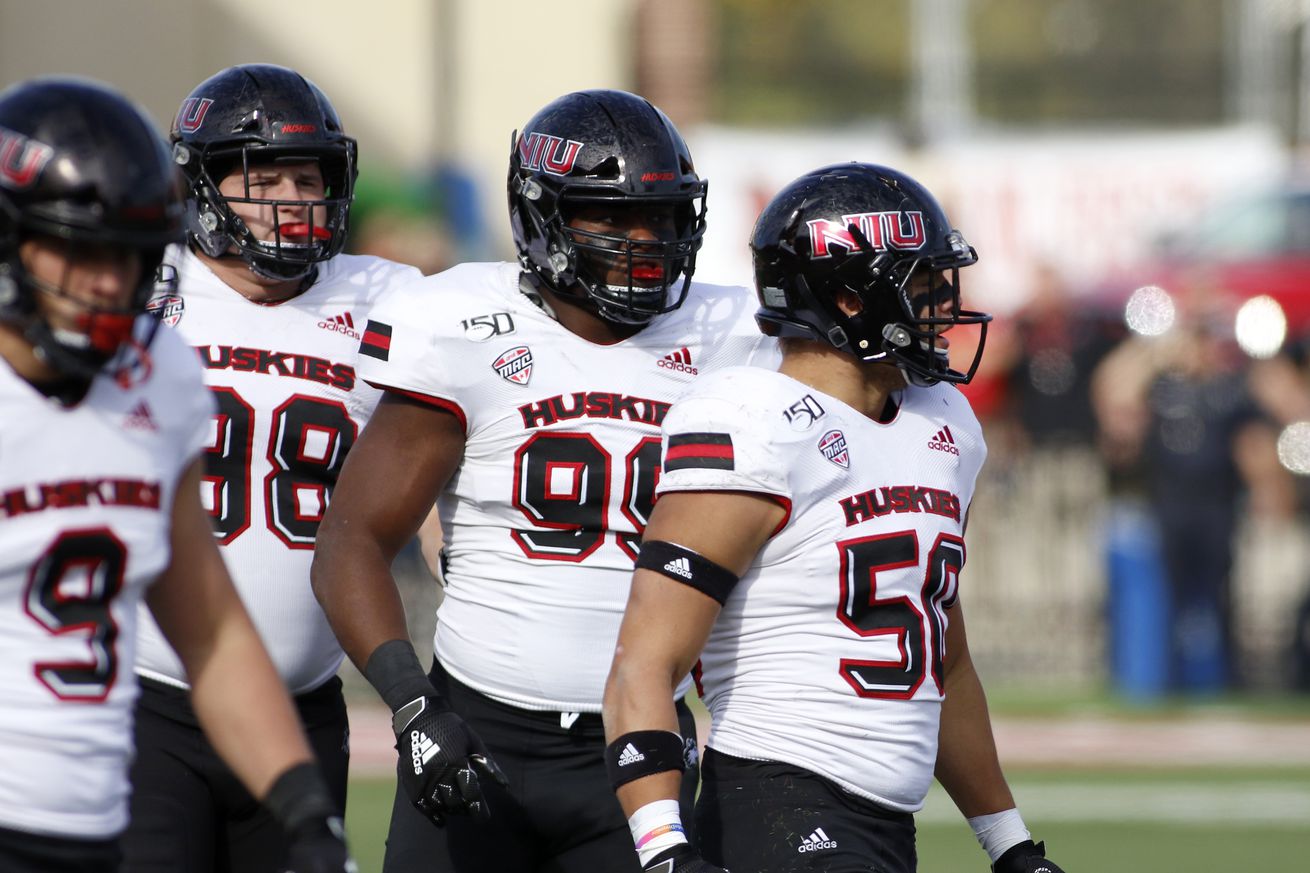 The Huskies continue to struggle on both sides of the ball

What can you say about the Northern Illinois Huskies after two second half meltdowns?

In their season opener they looked okay in the first half, and the defense played well, but the offense collapsed in the second half, giving up three defensive touchdowns to the Bulls as they fell to Buffalo 49-30.

This week it was more of the same. A close first half and utter collapse in the final 30 minutes, en route to a 40-10 loss to Central Michigan.

Here are a few of our takeaways from the game.

I cannot stress that enough. It has been a horrible start to the season for the Huskies when it comes to protecting the rock.

NIU fumbled the ball five times against CMU, one of which was luckily called back because the Chips were offsides, but two of those fumbles were lost to the Chippewas and one resulted in a safety. In their opener, the Huskies lost four fumbles (three in the 3rd quarter alone). That’s nine fumbles in two games. No matter how you look at it, that number is unacceptable.

The turnovers have been incredibly costly…leading to short fields and a plethora of points for the opponent (both directly on the play and indirectly from having a short field).

The Offense Isn’t Working Under Bowers.

Last year I was riding the Ross Bowers train. I thought he played well and deserved the start over Marcus Childers but, due to a porous O-line, just under performed some.

This year, however, I’m not so sure. Bowers still doesn’t have much of an offensive line protecting him but is completing 55% of his passes. However, they have all been short throws and most passes over 7+ yards have been off the mark or way high, meaning the receiver has to stop and jump, eliminating any YAC or forward momentum the receiver could’ve had.

He’s an athletic guy but his accuracy on the run isn’t nearly as good as when he has time. Unfortunately, the line never gives him time and he either has to scramble or throw the ball immediately. You can see he’s quick to throw on most drop backs and that has really affected his accuracy and cut most NIU drives short.

Actually, The Offense Isn’t Working At All

The Huskies haven’t found a solid choice at running back as both Erin Collins and Harrison Waylee haven’t had much success. And neither has anyone else. NIU averaged 3.3 yards per rush in week one…this week that number is down to 2.2 yards per rush.

It seems like every possession the Huskies go backwards or get no gain on first/second down runs leading to a third-and-long.

With a shaky quarterback and virtually no run game, the defense is able to sit back on third down and play coverage, knowing Bowers will check it down and they can stop the Huskies short of the line to gain.

Here’s some real awful offensive numbers for you:

NIU Offensive vs Buffalo:
Total number of drive: 15
Three-and-outs: 4
Turnovers: 5 (four fumbles and an interception)
60% of drives ended in a TO or a three-and-out

NIU Offensive vs CMU:
Total number of drive: 13
Three-and-outs: 5
Turnovers: 3 (two fumbles and one on downs)
61.5% of drives ended in a TO or a three-and-out

It’s very hard to win if you can’t get a first down on 1⁄3 of your possessions and you turn the ball over on an additional quarter of your drives.

It Will Get Better (Eventually…Right?)

While this season has certainly been frustrating to watch as an NIU fan (I have been swearing and drinking and yelling at my TV an awful lot so far). Hammock doesn’t seem to have the same command on the team that Rod Carey had. The players have been playing sloppy on both sides of the ball and he needs to get them going back to basics. Holding on to the ball, making secure tackles, ect…

But let’s not get the #ReHireRodCarey hashtag going just yet…

I still think Hammock can coach these guys up and get them to a point where they wont fumble as much, where they wont collapse in the second half, and where they will compete with not just the MAC but their non-conference opponents too.

This year, as I said in the season preview, will be a rough one for NIU. Hammock has a roster full of young guys and lost most of the upperclassmen, so we all knew it was going to be a rebuilding year.

My plan for the remainder of the year is to just keep a bottle of alcohol nearby and pick up yoga so I can calm the nerves and become more zen after the game. I would recommend that most NIU fans join me in that (if you’re under 21, don’t join in on the drinking, of course).

However, if there isn’t much improvement in 2021, you might see Hammock on the hot seat come 2022.