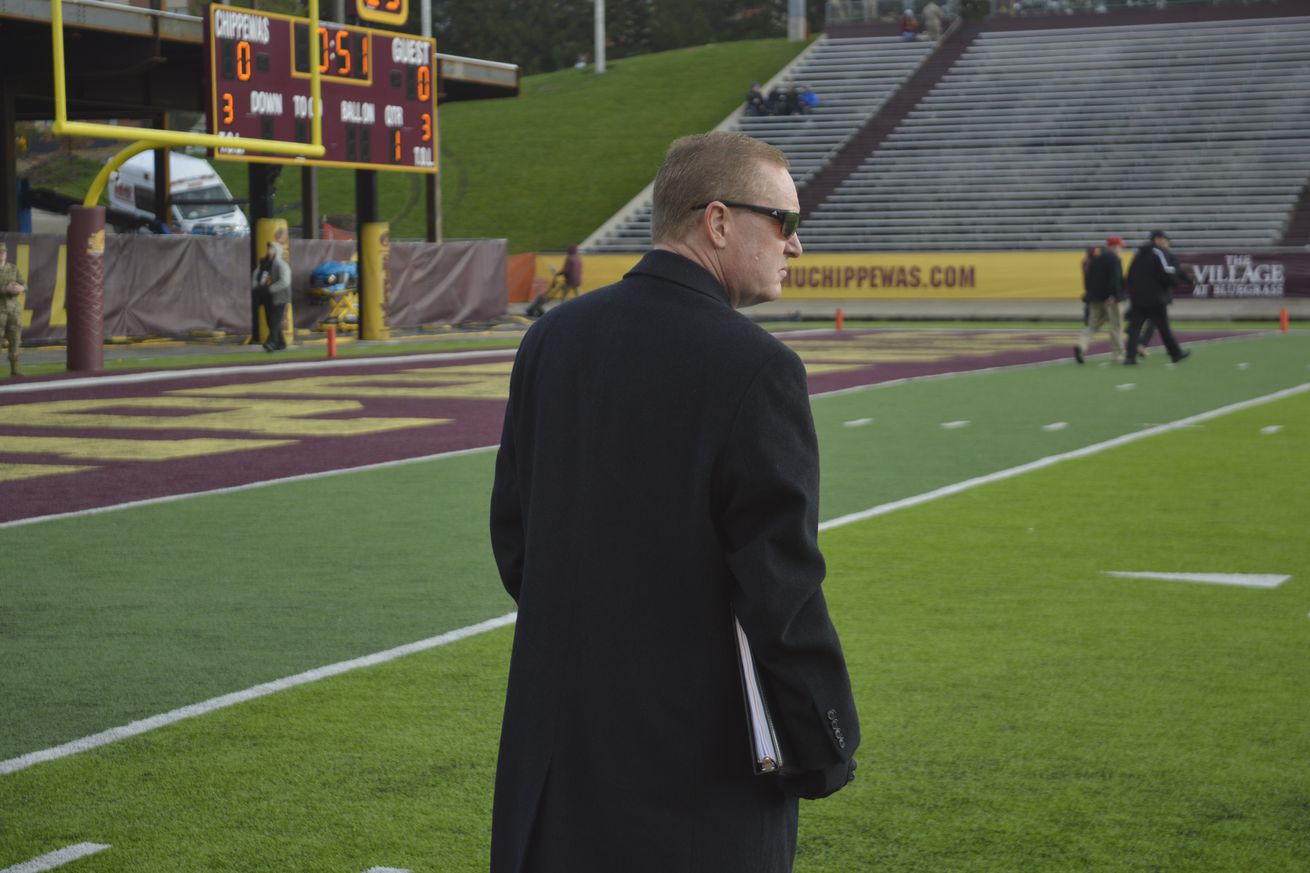 Alford was key in the Chippewas’ resurgence from a facility standpoint after taking over from Dave Heeke in 2017.

The news came as a shock to the Mt. Pleasant community, as Alford was instrumental in creating the Champions Center (set to open this fall) and brought aboard Jim McElwain to lead the football team in 2019.

Alford will become the head of fundraising at Seminole Boosters, a 501 (c)(3) non-profit organization which handles Florida State University’s athletic fundraising endeavours. Alford’s previous experience prior to CMU was primarily with fundraising and marketing, coming over to Mt. Pleasant from the University of Oklahoma in July 2017.

“As a former student-athlete and a respected leader who has held positions in both Division I athletics and the NFL, Michael [Alford] brings a unique perspective and a wealth of experience to the Seminole Boosters,” Florida State University president James Thrasher said via press release. “He has a strong vision for fundraising and membership, and that will build on our culture of excellence and lead us into the future.”

Per Wayne McGahee III of the Tallahassee Democrat, it will be the first time since the organization’s inception in 1975 that the program will change hands.

It was a short tenure for Alford in Mt. Pleasant, but he managed to leave a mark at CMU, most visibly with facility improvements to Kelly/Shorts Stadium, including the brand-new 3,200-square-foot video board and audio system.

Alford was also instrumental in renegotiating CMU’s contract with Adidas, increasing the school’s compensation by 600 percent, and managed facility upgrades for women’s soccer and gymnastics as well.

CMU also continued its streak of 43-straight semesters with a cumulative GPA over 3.0 under Alford’s leadership, with nine programs scoring a perfect 1,000 in “academic program rankings.”

“Michael’s leadership will be sorely missed,” Central Michigan University president Bob Davies said via press release. “He understands that the student in student-athlete comes first, and it was evident that every move he made to enhance CMU’s championship culture and program was intended to help students succeed not only on the field but in the classroom.”

“CMU’s authentic culture and commitment to not just winning at the Division 1 level but excelling in an upper mid-major conference is unparalleled,” Alford said via press release. “Our success on and off the field demonstrates that. I am committed to working with the president to help find a successor committed to our mission of excellence, which promises to provide an authentic environment where student-athletes can thrive in academics and athletics.”

Alford will assist CMU in their search for a successor “starting immediately,” with Alford expected to take over at Seminole Boosters in September.