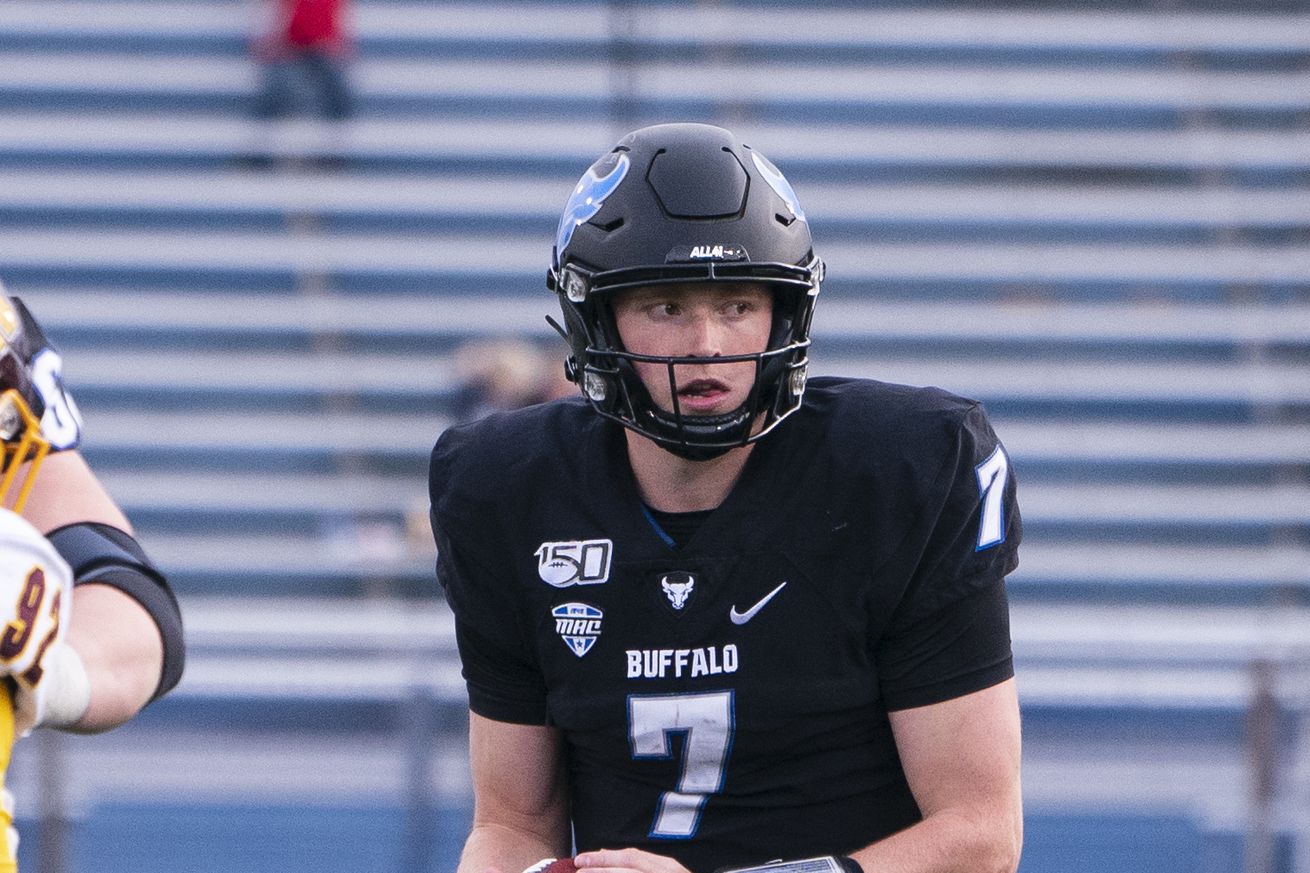 Last season the Buffalo passing attack was efficient enough to help lead the Bulls to their first ever post season win but it was never the basis for a Buffalo win. It was just enough to keep the defense a little honest so that the Bulls could rack up 3,000 yards on the ground.

Vantrease did a fantastic job playing within himself, and knew the offense well enough to be productive. Eight touchdowns against only two pics, plus a passer rating of 130 is nothing to sneeze at, but he was not the highlight of the offense. Vantrease was a role player at quarterback.

“Don’t screw up, give the ball to Patterson/Marks, and occasionally shake things up by keeping the ball on the option or throwing a pass.”

He did everything he was asked and more.

This season he has a more mature set of receivers, there is depth this year which was not ready last season. He also is facing six MAC defenses who think they have only one job… Stop the Buffalo run game and force them to pass.

That’s what Miami had in mind.

For the entire game last week Miami had the box stacked, and they did a better job of locking down on Jaret Patterson than anyone since Penn State last season (by yards per carry).

But it turned out to be Kyle Vantrese’s coming out party as he set career highs in attempts, completion, yards, touchdowns, and and touchdowns.

He hit seven different receivers, three touchdowns to four different players (3 of them over 35 yards).

He also showed it’s not just the nice “touch” passes he’s throwing either. With more receivers and more space he’s showing a deep ball that wasn’t used much last season.

Man I wish we had a longer season… the Vantrese to Nunn connections in these first two games are legit https://t.co/mEj3dA7EBe

So this is what Buffalo is bringing the rest of the season. The best backfield in the conference, a line that’s come together, and a quarterback who has shown he’s very comfortable with the receivers going deep.

If the defense get’s healthy it’s hard to see a real weakness on this team.