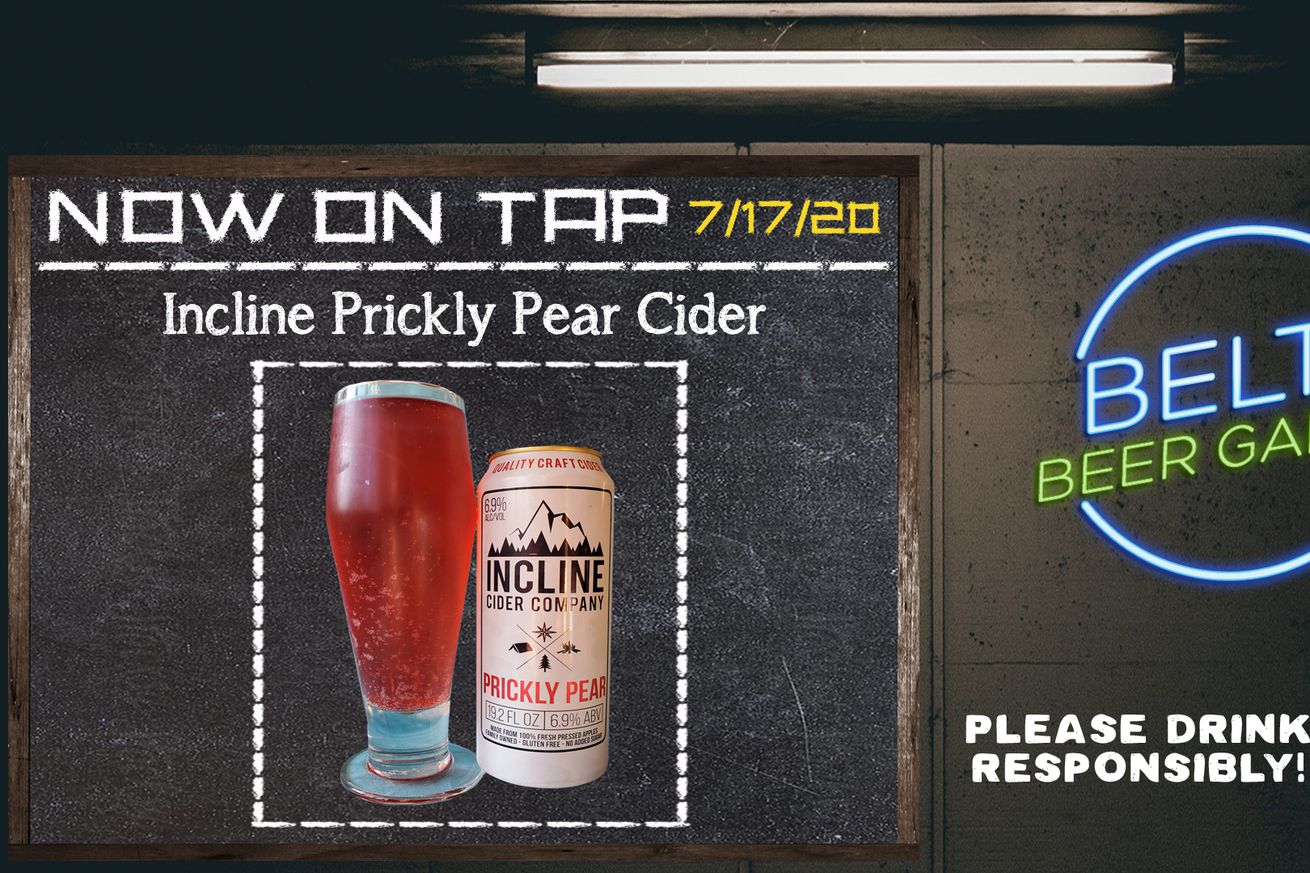 A few months ago a reader asked for us to review more ciders and, not being one to disappoint, I made sure to get a few for the upcoming months…starting with this year-round cider from Incline Cider Company.

Incline Cider Co. was founded in 2015 in Auburn, Washington – a southern suburb of Seattle, near Tacoma. Since the beginning, the family-owned cidery has been using 100% fresh apples (from Yakima, WA) and all of their products are gluten/vegan free and contain no additional sugars.

They can be found in Idaho, Nevada, Oregon, and Washington but, if you don’t live out west, they can also ship products to most of the United States, so that’s pretty cool!

Today I have their Prickly Pear, a staple of theirs made with fresh pressed apples and a blend of prickly pear, pear, pineapple, passion fruit and mango juices. A four-pack of 19.2-ounce cans is $18 on their website and each can has a nice 6.9% ABV.

Pouring a soft pink/rose color, this cider had a flash of bubbles that went from half a finger high to zero almost immediately.

On the nose the prickly pear and apples blended well to create a fruit cocktail like aroma. The apples slightly outweighed the prickly pear in the smell and gave off a hint of brut dryness with some sugary undertones. The cactus, though, countered with some floral and herbal notes along with its own sweeter characteristic.

My first sip began with a nice rush of carbonation before the cider really went after my taste buds.

The prickly pear hit just before the apple with some light floral notes and a pop of juicy sweetness. Joining the cactus fruit was a slight acidity from the pineapple and some sticky passion fruit.

The first half was actually almost entirely dominated by the sticky-sweet mixture of additives before the apples came in later to clean everything up. And, when they did finally arrive, the apples brought a nice crisp feeling to the drink.

But they also brought a decent amount of dryness as well. Between the dryness from the apples and the sticky resin from the passion fruit and mango juice that clung to my tongue, it didn’t end with the most desirable feeling. After every third swig or so, I found myself wanting a sip of water just to reset my palate.

However, outside of needing water, this was an absolutely delicious cider. The cactus and tropical fruit mixture blended in with the apples so well and resulted in a crushable beverage. The 19.2-ounce can I had disappeared before I knew it and I was left wishing I had another.

Great flavors, just a bit overly dry and sticky at the end.