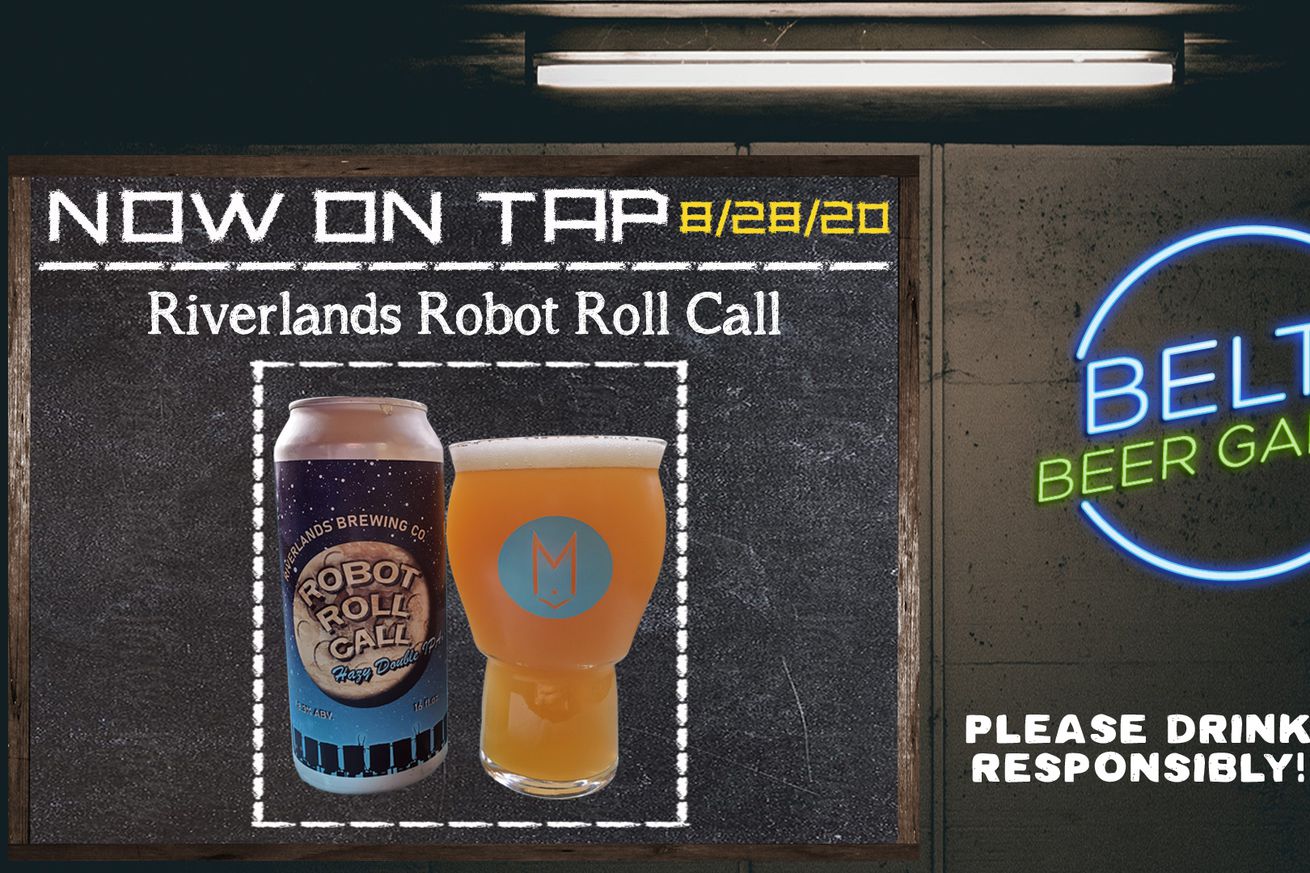 Riverlands Brewing, from my hometown of St. Charles, Illinois, has really blown up around the Chicagoland area over the last 18 months or so. And for good reason. They offer a wide variety of styles; from sours and lagers to hazy IPAs and hefes, they do it all; and they do them well.

When I saw they made a beer honoring one of the most underrated TV shows of all time, Mystery Science Theater 3000, I jumped at the chance to try it. And for those that haven’t heard of MST3K, do yourself a favor and check it out on Netflix.

Robot Roll Call is an Imperial New England IPA brewed with Amarillo, Citra, and Ekuanot hops and has a very solid 8.3% ABV. A four-pack of cans was $18 but they won’t last long, so if you’re in the area, get it while you can! The beer was canned just a few weeks ago on August 11th.

The beer poured a dark and cloudy orange color with some minimal head. No more than half a finger of bright eggshell white foam ever appeared and, almost instantly, all that remained was a razor thin ring of bubbles around the edge of my glass.

The aroma was incredibly juicy…almost to the point that it was unrecognizable as a beer and, instead, seemed more like a juice cocktail. Tropical fruits like pineapple, papaya, orange, and mango led the way. Underneath the fruit was a slightly cereal-like flaked wheat/oat grain profile but it was the fruits that really shined.

This DIPA had a thicker, creamier mouthfeel and my first sip began with a flash of carbonation and a slightly bitter twinge before the other flavors kicked in.

While it wasn’t quite as juicy as the smell had indicated, the beer was still filled with citrus and tropical fruit flavors. Papaya, orange, and pineapple led the way up front with some pithy grapefruit notes hitting later towards the backend of the sip.

Midway through, the grist peaked through and added some of that breadiness and flaked grain flavor that mixed well with fruits.

However, despite the sweetness from the grains, the hops continued to nip at me with a moderate bitterness throughout. There was even a citrus peel bitterness that lingered for a few moments at the back of my tongue after each swig.

Then, about half way through the pint as the beer warmed up some, the fruit flavors spiked and began to last longer and longer, slicing the bitterness away bit by bit.

Robot Roll Call ended a tad dry with a sticky resinous feeling that lasted a few moments before finally fading too.

Despite the few flaws this beer had early on, it was still a rather easy drinking brew. Maybe it’s not as juicy or crushable as the other hazy DIPAs they have in their lineup but the can was still gone before I knew it!

It might be a tad sticky and bitter up front but, once it gets going, it really hooks you…just like the show MST3K.