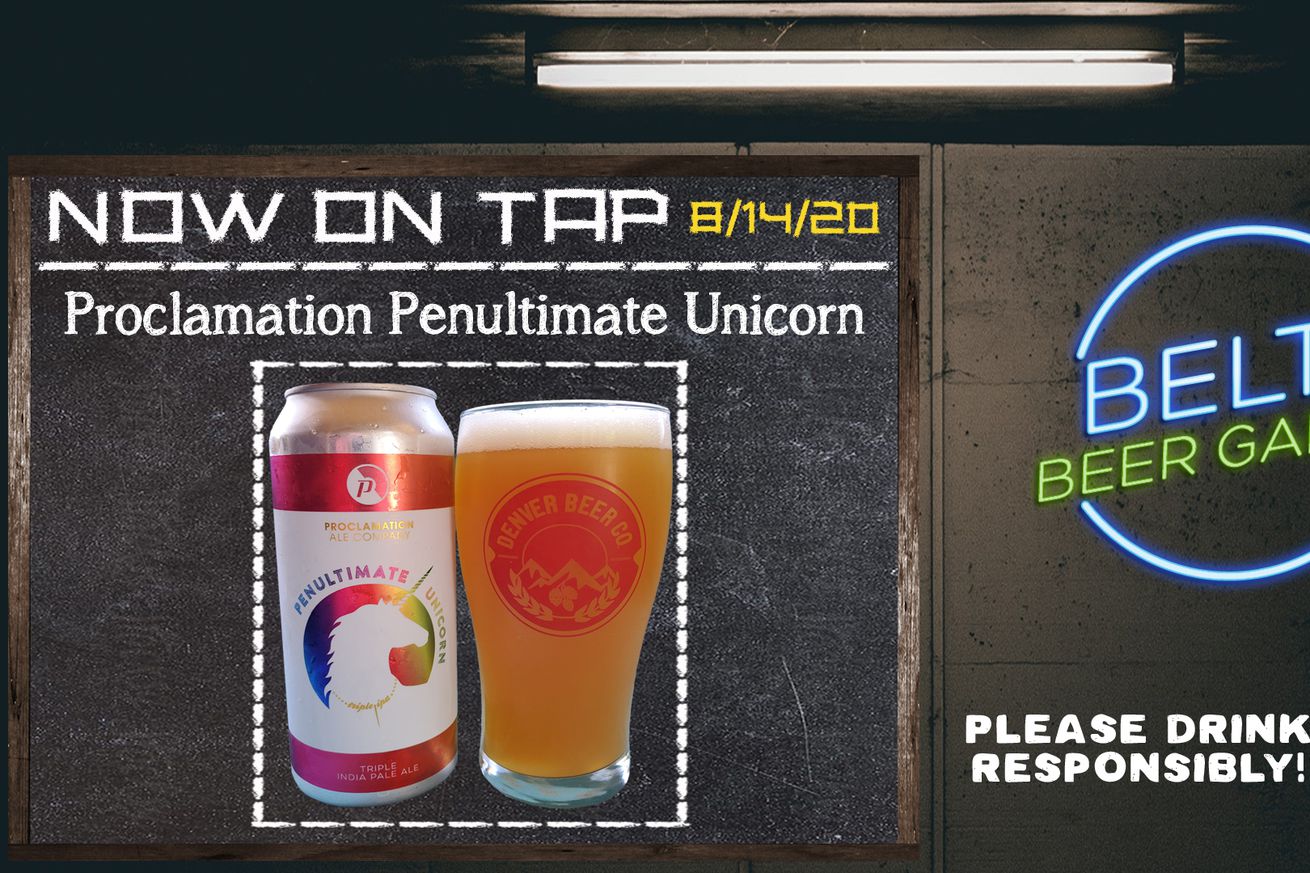 One of my goals when starting Belt’s Beer Garden was to review a beer from every state. So far over these past five years I have checked off 48 of the 50 states – just Rhode Island and West Virginia remain.

However, when looking through my stats on Untappd, I realized that I have not reviewed a beer from those states because I have never even HAD a beer from either of those states! But, today, that changes.

Rhode Island will be the 49th state represented on BBG as I have managed to get my hands on a pair of Proclamation Ale Company beers!

Proclamation originally opened in West Kingston, Rhode Island back in 2014 but, after a lot of early success, the brewery needed to move to a larger facility and found one about 20 miles north in Warwick.

I wanted my first brew from the Ocean State to be a good one, so I chose a rare release from Proclamation – Penultimate Unicorn.

Penultimate Unicorn is a triple dry-hopped Triple IPA brewed with Citra, Galaxy, and Mosaic hops and it’s sure to pack a punch with its massive 10% ABV. Pricewise, a four-pack from their brewery usually goes for around $17-20, which is about standard for higher ABV brews.

This Triple IPA poured a super cloudy, dark orange color – like a murky orange juice – with about a finger of pure white foam topping it off. The head faded into a thin layer around the rim of the glass, leaving some moderate lacing behind.

The aroma was that of tropical fruits, hops, and booze. Pineapple, grapefruit, and orange/tangerine were most noticeable but some light melon and stone fruit were picked up as well. With its huge ABV and copious amount of hops, it was no surprise that both the alcohol and hoppy bite were apparent in the smell as well.

My first sip was shockingly sweet. The malts added a candied sugar flavor that immediately bonded with the tropical fruits and gave this beer a very pleasant start.

Orange, pineapple, and a massive amount of pithy grapefruit peel made up the vast majority of the flavors. The hoppy notes quickly overpowered the sweeter grain base and took control.

And, while the bitterness level remained surprisingly low throughout the pint, the massive amount of hops and alcohol made the brew sit heavy and difficult to drink quickly. The booze burned slightly on the backend of each sip and quickly warmed my face and chest.

The second half of the can seemed to go down much faster than the first and, despite not being super crushable, before I knew it my glass was empty…and I was nicely buzzed.

Like the animal it’s named for, this beer is hard to find (if you ever see it at all). But should you find one in the wild, take it for a ride.