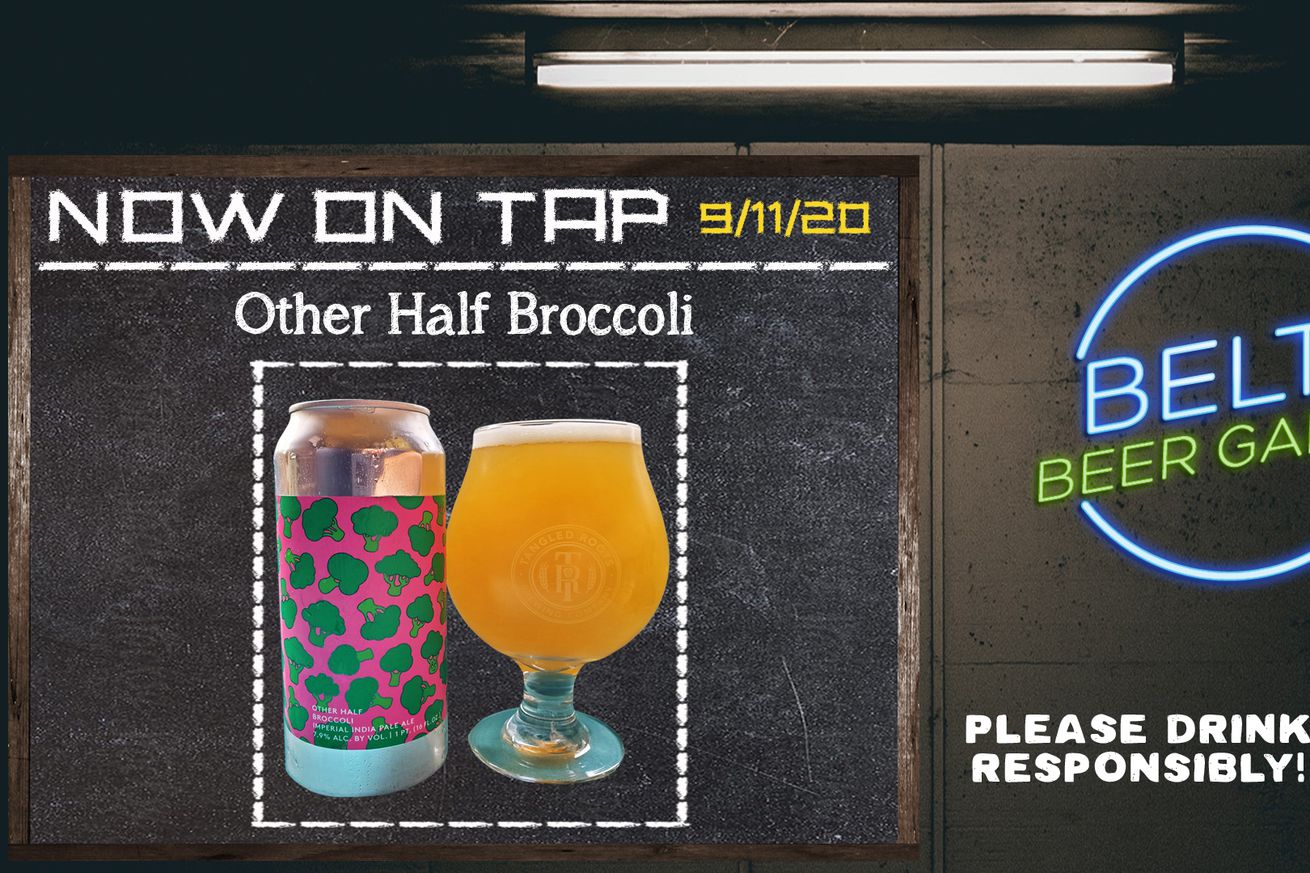 Other Half Brewing Company was founded in 2014 in Brooklyn, New York. In that short amount of time they have been so successful that they have since opened two other locations, one in the Finger Lakes (Bloomfield, NY) and another in Washington, DC.

Known for their amazing hazy IPAs (like All Green Everything, Forever Ever, and All Citra Everything), they have become one of the most sought after breweries, not just in NYC, but on the East Coast.

That’s why when I saw a mixed four-pack of their beers for $21 at my local retailer, I immediately bought it.

One of the beers included in that mixed pack was Broccoli – an Imperial IPA. My mom always told me I wasn’t getting enough vegetables so, naturally, I had to try it.

This DIPA was brewed using Cascade, Hallertau Blanc, Mosaic, and Simcoe hops. It has a very solid 7.9% ABV and, when broken down, the 16-ounce can cost me $5.25.

Broccoli poured a cloudy golden copper color with very little head building up. No more than half a finger of bright white foam ever appeared and, very quickly, faded into a thin line ringing around the edge of the glass.

Unlike the veggie it’s named for, Other Half’s Broccoli had an incredibly sweet and juicy aroma. A plethora of tropical and citrus fruits filled my nostrils while a flaked oat and wheat backing added some breadiness to the brew.

The sip begins slowly. It starts with a moderately heavy mouthfeel that seems to expand as it moves along my tongue. There is a twinge of hoppy bitterness that leads things off before the other flavors appear and quell the bite.

From there it’s a bouquet of tropical fruits – pineapple, peach, apricot, and light blend of berries. The juicy flavors washed over my taste buds and all but eliminated that initial bitterness.

Towards the back half, a light grapefruit peel appeared. The grapefruit and stone fruit characteristics began to surge and push the other citrus flavors out, taking control of the second half of the sip.

In the final moments, there was a flash of berries with some earthy grass and pine notes and a resinous feeling that wanted to cling to my tongue.

Broccoli ends a little sticky and a little dry. A swig of water every few sips or so isn’t a necessity but certainly helped.

If all other veggies tasted this good, I would be skinnier. But at least I’ll be able to drink my vegetables, thanks to Other Half.