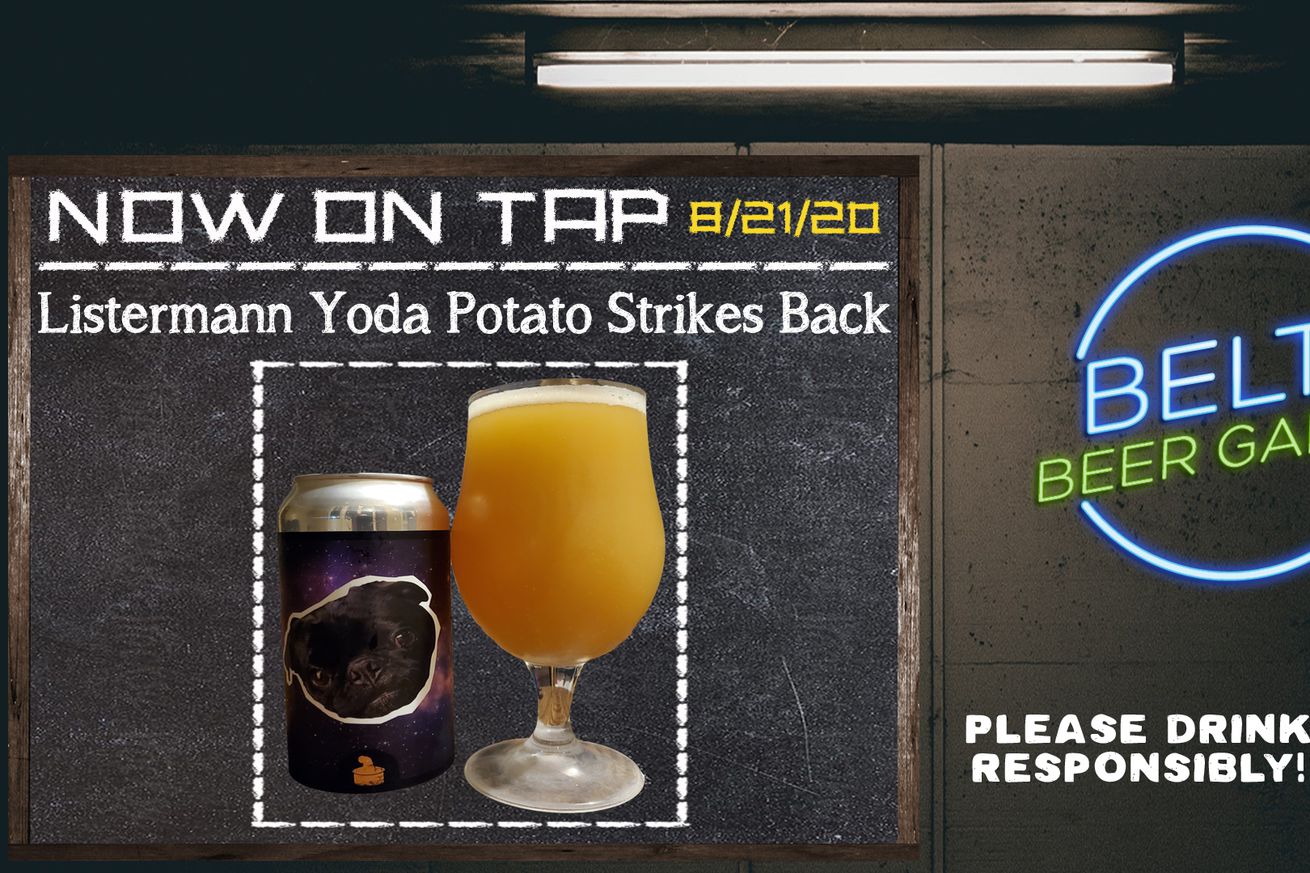 Listermann Brewing Company has called Cincinnati, Ohio home since 1991. Dan Listermann, a former Miami Redhawk, and his wife began the business as a manufacturing plant for brewery supplies back in the early 90s and were very successful, even starting a retail store in 1995. It wasn’t until 2008 that they got their own brewing license and the manufacturing aspect was shut down.

This Imperial New England IPA poured an incredibly murky dirty straw color with pretty minimal head building up. No more than a finger of off white foam ever appeared and, quickly, all that remained was a small ring around the rim of the glass.

The nose was typical New England IPA – juicy. Notes of pineapple, lemon, stone fruit, and some light melon led the way with a hint of dank grass and pine hiding behind the fruit. There is also a flaked oat grist backing that adds some more sweetness to the aroma.

Upon my first sip, this brew started off with a very creamy, heavier mouthfeel with just a minor prickle of carbonation. The flavors were slow to develop and, after the carbonation had fizzled away, there was a moment or two where nothing happened.

Then, after a few seconds, the hop flavors (and a low-level bitterness) began to creep forward. Slowly, the pineapple and stone fruits appeared and quelled the hop bite. The lemon joined in, adding a touch of tartness underneath the acidic pineapple. The melon is all but hidden in the taste as the pineapple and lemon take hold of the flavors.

Midway through, that grassy/earthy flavor appears and, joining it, was a resinous coating across my tongue. There is also a candied sugar flavor that reminds me of Lemonheads candy.

The grapefruit rind finishes off the sip, slowly fading away. Yoda Potato then ends slightly dry (really not too bad at all), with a small lingering aftertaste of lemon and grapefruit.

What an easy drinking DIPA. The 8% is hidden completely and the only reason this beer wasn’t gone in under 10 minutes was the fact that it sat a little heavy; making it a tad more difficult to chug this brew.

I can’t wait to see what variation of Yoda Potato hits shelves next!