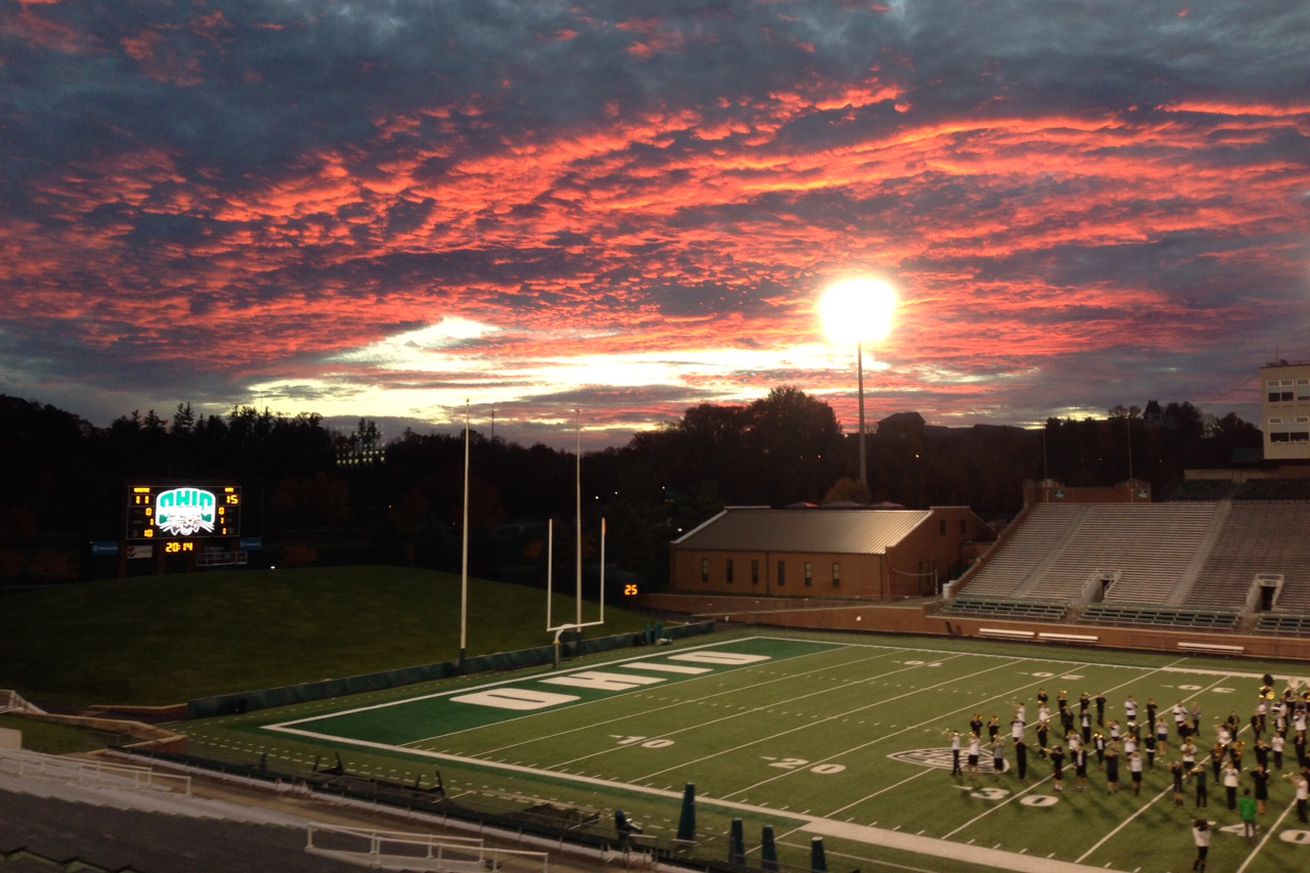 The cancellation comes with two days before the game was scheduled to be played.

The Mid-American Conference announced Sunday afternoon that the upcoming contest between the Ohio Bobcats and Miami RedHawks on Tuesday night has been cancelled in accordance with their COVID-19 protocols set prior to the resumed season.

“The Ohio University at Miami University football game on Tuesday, November 17th has been canceled due to roster issues with the Ohio football team related to positive COVID-19 tests and subsequent contact tracing,” MAC assistant commissioner and head of communications Jeremy Guy said via press release. “The game has been declared a no contest.”

The game is the first cancellation of the 36 scheduled regular-season games in the 2020 MAC season.

“While we are disappointed for our student-athletes, coaches, fans and alumni that the Battle of the Bricks will not be contested this week, we knew schedule disruptions could be a possibility this season,” Cromer said. “The health and safety of our student-athletes remain our number one priority.”

Miami’s campus has been dealing with coronavirus issues dating back to January 2020, as they were the first MAC team to have a game affected by COVID-19 when a scheduled men’s basketball game with Central Michigan was postponed due to a breakout on campus on Jan. 28.

On Friday night, the Athens News reported that Ohio University’s dormitory system had elevated several residential halls to its second-highest level of restrictions due to on-campus spread.

The cancellation affects one of the country’s oldest rivalries, with the 2020 edition being the first cancellation since World War II forced a hiatus in 1943 and 1944. It is only the fourth time there will be a gap in play for the century-old rivalry, with the other hiatuses occuring from 1910-1911, and from 1916-1927.

“The ‘Battle of the Bricks’ is a rivalry game we look forward to every season. The decision to cancel the game was based on roster issues due to test results and contact tracing,” Solich said via press release. “Out of caution, we’ve made the proactive decision to limit our team activities for now. We look forward to getting back on the field soon and competing.”

Miami is next scheduled to play the Akron Zips on Nov. 28, while the Ohio Bobcats play the Bowling Green Falcons on Nov. 28.