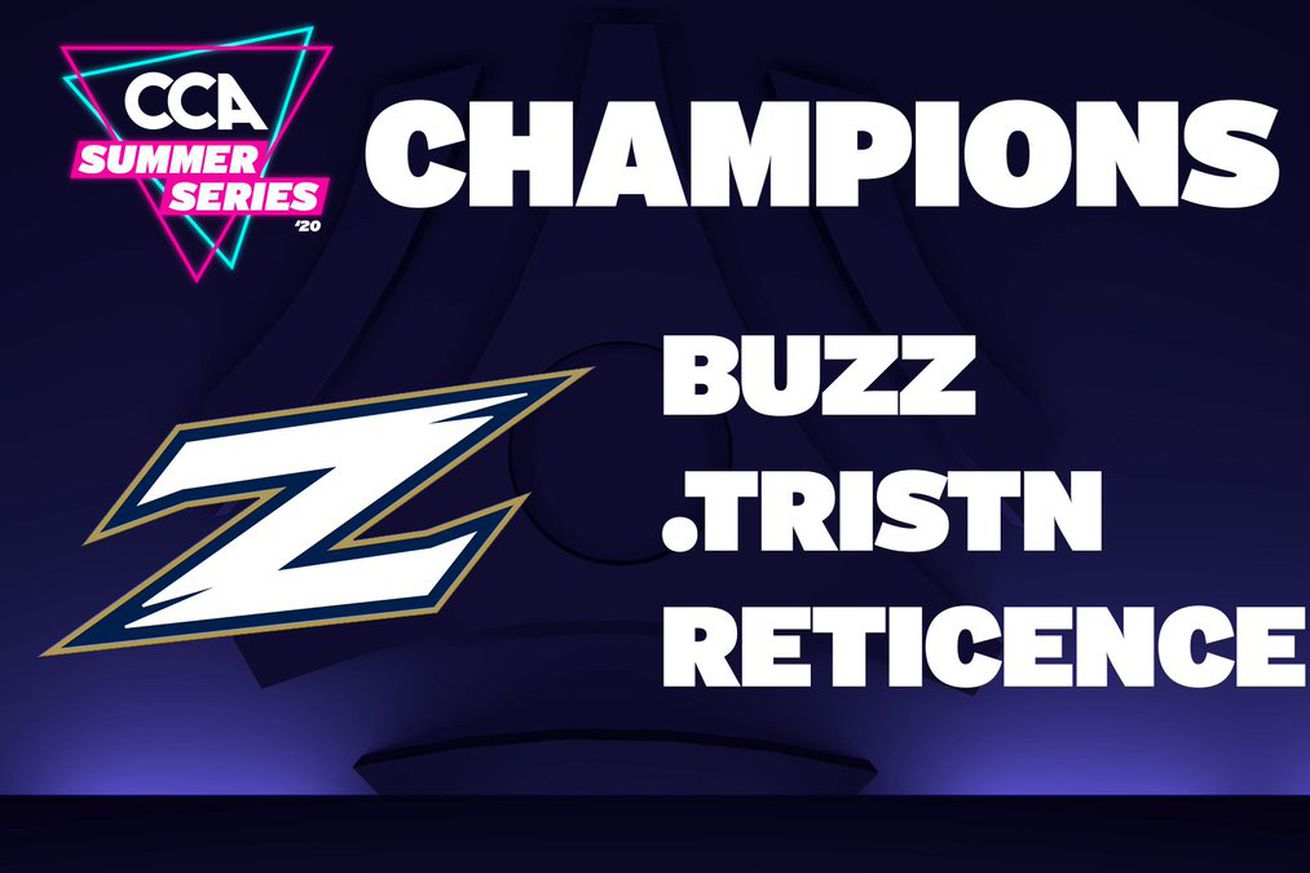 Akron capped off a great summer season with a championship win over Northwood [MI] University earlier this week.

The most decorated team in Collegiate Rocket League history has to make a little space for their latest conquest, as they took down Northwood University eSports 4-2 to take home the 2020 College Carball Association championship.

Akron and Northwood University were at each other’s heels for most of the tournament, with the TImberwolves securing the East #1 seed after beating Akron in the seeding tournament, relegating the Zips to the #2 seed— setting up a potential finals rematch. However, being the second seed in the east wouldn’t prove to be a cakewalk to the grand finals.

In the first round, another familiar opponent was waiting in LSU eSports. Both teams love to play slow and capitalize on mistakes resulting in a somewhat low scoring series (both teams combined for an average of 2.7 goals per game). After trailing 1-2 however, Akron would pull it together and push the series to a Game 7. But in that final game, another defensive showdown was ended by Buzz “Buzz” Krager with some impressive moves.

The second round they matched up with a true Cinderella story, UCF, who was coming hot from knocking off the number one western seed, UNT. The clock would strike midnight on these knights however, as they failed to score more than one point in all but one game (in which they had a five point outburst).

The grand final against Northwood was about a good of storyline as any Hollywood sports flick could hope to have.

Northwood were the team that found sustained success against the smothering Akron defense and had torched their way through the whole season, only dropping one match, which happened to be against Akron (in the eastern winners final).

Erasing that 2-0 game deficit they would go on to the win the best of seven series 4-2. And they did by playing their style of Rocket League, akin to a crock pot, low and slow. They only outscored Northwoods by an average of 1.25 points in their 4 victories.

The defending champs will head into Esport Collegiate Conference play as overwhelming favorites. This rock solid roster of Buzz “Buzz” Krager, Isaac “Reticence” Stecker, and Tristan “tristn” Roberts will be extremely tough to beat, and I think there is one exploitable weakness at best. They are not front runners. Expanding leads are not something they have been known to do, maintaining defensive prowess in closely decided matches has been their game plan so if any team can consistently take them to overtime and find offense they may find some success.

Overall, the level of skill we are looking at is best summed with a statement analyst Andrew “Squiddd” Riffe made, “Are you guys trying to make a run at the RLCS X, because I want to see the Zips in a major.” (For those not in the know, the RLCS X is a professional, open qualification series to get into the pro scene.) Such a statement should tell you all you need to know about this team’s skill level.

This victory from Akron now brings a level of prestige to the ESC that no other conference can boast, and I’m certain that every team in conference will respect that when Akron is blowing them out.