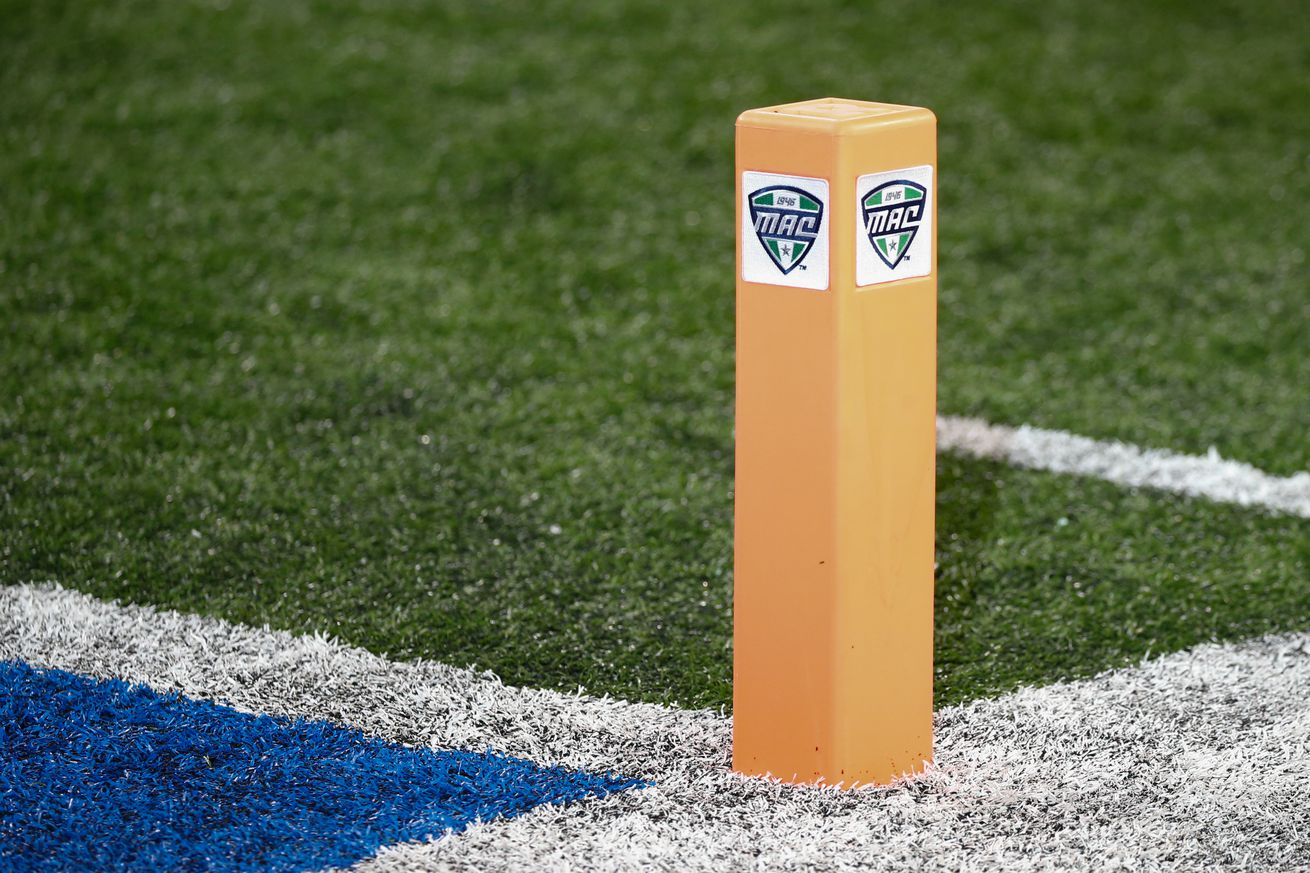 Many MAC players stated their desire to play the 2020 fall football season in response to the Big Ten reversing its decision, but a decision won’t be available for some time.

After becoming the second conference after the MAC to cancel the fall season due to COVID-19 concerns on August 11, the Big Ten unanimously voted to resume football activities in October, while promising to take enhanced precautionary measures.

The reversal was stunning for a number of reasons; the Big Ten was the first Power Five conference to announce their intention to play in the spring, helping to spur along the conversation the MAC started about playing amidst a pandemic. It’s also significant because the Big Ten’s previous decision to move to a conference-only schedule prior to their delay essentially forced the MAC to shift football to the spring.

The decision for the Big Ten came after weeks of internal pressure from coaches, administrators, and parents, mostly from Michigan, Ohio State, Iowa and Nebraska, and external pressure from political leaders, including President Donald Trump, to resume the season.

The Big Ten’s sudden reversal Wednesday gave the other conferences which had previously announced delays to the spring leeway to explore a new starting date, with the Mountain West Conference “aggressively” seeking to play a fall season, while Pac-12 received waivers from the states of California and Oregon to resume workouts (with certain restrictions)— despite multiple wildfires in the area devastating the air quality.

Following the Big Ten’s announcement on Wednesday, MAC commissioner Jon Steinbrecher released a statement: “Currently there are no plans to play a fall season in any sport. We are focused on providing our fall student-athletes meaningful competitive experiences in the spring.”

The MAC shares a similar geographic region with the Big Ten, and the conferences symbiotically work together to schedule a litany of non-conference games every fall. So, as the only Division I conference in its geographical area sitting out, it comes as no surprise that MAC players hope their conference follows the Big Ten’s course of action. The MAC covers five states (Illinois, Indiana, Michigan, Ohio, New York) and every other FBS team in those states is currently slated to play this fall.

Players have taken to Twitter to express their opinion on the matter, with Buffalo running back Jaret Patterson initiating the MAC players’ campaign to play in the fall on Wednesday afternoon, shortly after Steinbrecher’s comments:

Players (and eventually, coaches) primarily from Buffalo and Ball State initiated the conversation, with plenty of cross-pollinating retweets or shared graphics.

Western Michigan linebacker Treshaun Hayward, 2019’s MAC Defensive Player of the Year, was amongst the players to release a full statement, about a half-hour after Patterson:

2019 MAC Freshman of the Year Brett Gabbert, quarterback of the defending MAC champion Miami RedHawks, has also been particularly vocal about a return to the football field, releasing this statement for the football team later in the evening:

We’ve been ready since the LendingTree Bowl. #MACtion @MACSports pic.twitter.com/x4X4CLcxTj

Toledo quarterback Eli Peters kept his comments simple, opting to implore Barstool Sports to take up the mantle in exercising outside pressure on the conference to reconsider its decision.

Everyone else found a way to make it work, why can’t #Maction? @BarstoolBigCat #LetUsPlay pic.twitter.com/CG1JydYEui

Not every player seems to be on board with the potential return to play, with all-MAC and Central Michigan wide receiver JaCorey Sullivan asking his fellow players to take the extended break to refine their skills and accept the reality of the situation.

Just face the fact we not playing and accept it for this fall. You’re getting more time to perfect your craft and work on other things rn besides just football. Plus you’ll get a spring season and a fall season that’s a plus for me! Good things come to those who wait. Tighten up!

The Mid-American Conference, for what it’s worth, had been exploring fleshed out plans for a potential spring season as recently as Tuesday, with Toledo Blade writer Nick Piotrowicz reporting such a proposal would include a potential kickoff in February at Ford Field with a conference championship game in April.

With all the developments in recent days, the MAC seems set to reconvene and discuss their options, with Nicole Auerbach of The Athletic receiving a text from MAC commissioner Steinbrecher on the subject.

MAC commissioner Jon Steinbrecher, in text to @TheAthleticCFB: “The Mid-American Conference continues to work with its member institutions to determine the appropriate course of action moving forward.”

It’s hard to blame players for feeling a certain anxiety about not playing when the majority of the FBS conferences have returned to play. Even for the six conferences playing, making it to the field hasn’t been easy as 14 games have been postponed or canceled since August 26.

Some MAC players, such as Patterson and Hayward, have professional careers to consider after the conclusion of the upcoming football season. A fall football season would allow them to get more game film and prepare for the draft combine relatively unchanged. With the NFL keeping their amateur draft at its normal dates for 2021 and the NCAA leaving the choice of the football schedule to the conferences, this season will be all that’s left for seniors seeking to pursue their NFL dream. A spring season would mean those players wouldn’t be able to participate in combine activities or be draft-eligible — unless they opted out.

A handful of players, mostly from Miami, have already opted out of the season to prepare for the 2021 NFL Draft, but for the most part, other senior prospects have taken a wait-and-see approach to their potential choices.

But the situation on campuses hasn’t seemed to change in the months since classes resumed. In fact, it’s gotten much worse, especially in the Midwest, as students have returned to college.

Several MAC institutions have switched over to remote learning in an attempt to quell the numbers, but other institutions continued face-to-face classes over several weeks, resulting in more outbreaks. Miami University had over 1,100 new cases of COVID-19 in August alone, while Isabella County, which houses Central Michigan University, declared a state of emergency during move-in days, with new cases increased by 350 percent in just a week.

With almost as many games delayed due to coronavirus outbreaks as played in the 2020 season thus far, it’s a fair question to ask if any sort of attempt to “play it safe” is in the best interests of the student-athletes — and the conference.

Dave Briggs of the Toledo Blade reported Thursday that the MAC, concerned about the optics of being the only FBS league to not play in the fall, is considering a fall season consisting of six-to-eight games starting in October, with a December championship at Ford Field.

A reversal could open up the opportunity to schools who were opposed to playing in the first place, most notably Northern Illinois, to opt-out of the truncated fall season.

The biggest hang-up for the possibility to play has been in attaining testing kits, which are at current, a financial burden. Each school has been testing students “multiple times per week” per league protocol, but there hasn’t been a standard for reporting the numbers between the five states, with the Michigan schools especially staying quiet on potential cases.

One thing the MAC does have going for it if it does return in the fall is that all 12 member institutions are on relatively similar schedules due to the coronavirus pandemic, creating a six-week window which could allow the conference to get in games without exposing student-athletes to the general student populace.

However, that would essentially force said student-athletes to stay on campus, as opposed to going to their respective homes for Thanksgiving break, placing a burden on them and other campus and community employees who would be responsible for ensuring their safety.

There are no easy solutions to the situation; the decision to cancel fall sports and wait until the spring was a startling one, which faced plenty of resistance to begin with. A spring season, which would start in February, could buy the MAC almost four months of time to figure out best practices and allow fans back into the stadium with any potential new developments in terms of testing or prevention of spread. It might also get them a lot of national exposure in the form of nationally-televised games, being one of only three FBS conferences (at this point) available to air, something ESPN has expressed interest in doing.

However, the decision to wait until spring might create logistical problems in terms of facilities being available or able to be kept safe in a reasonable fashion (since all fall sports would also be playing in the spring), along with the aforementioned issues with potential professional opportunities. Fair or not, staying put for a spring season would also give the MAC a reputation as a “lesser” league for not playing when the other conferences did, which other schools could use against coaches in recruiting future prospects to their respective programs.

But above all, the MAC was adamant in their initial statements regarding the shift to a spring sporting season that the health of student-athletes would ultimately dictate the direction they would go, with Steinbrecher famously quipping that “we’re not going to test our way out of this” to ESPN’s Myron Metcalf back in August.

Will that continue to be the priority in any potential return talks? Any decision the MAC reaches will be met with the utmost scrutiny, and have outsize impacts both now and in the future in either direction.

The athletic directors and presidents of the MAC are set to convene on Saturday to discuss the next steps in the return process. Until then, there can only be speculation as to the status of the upcoming football season.