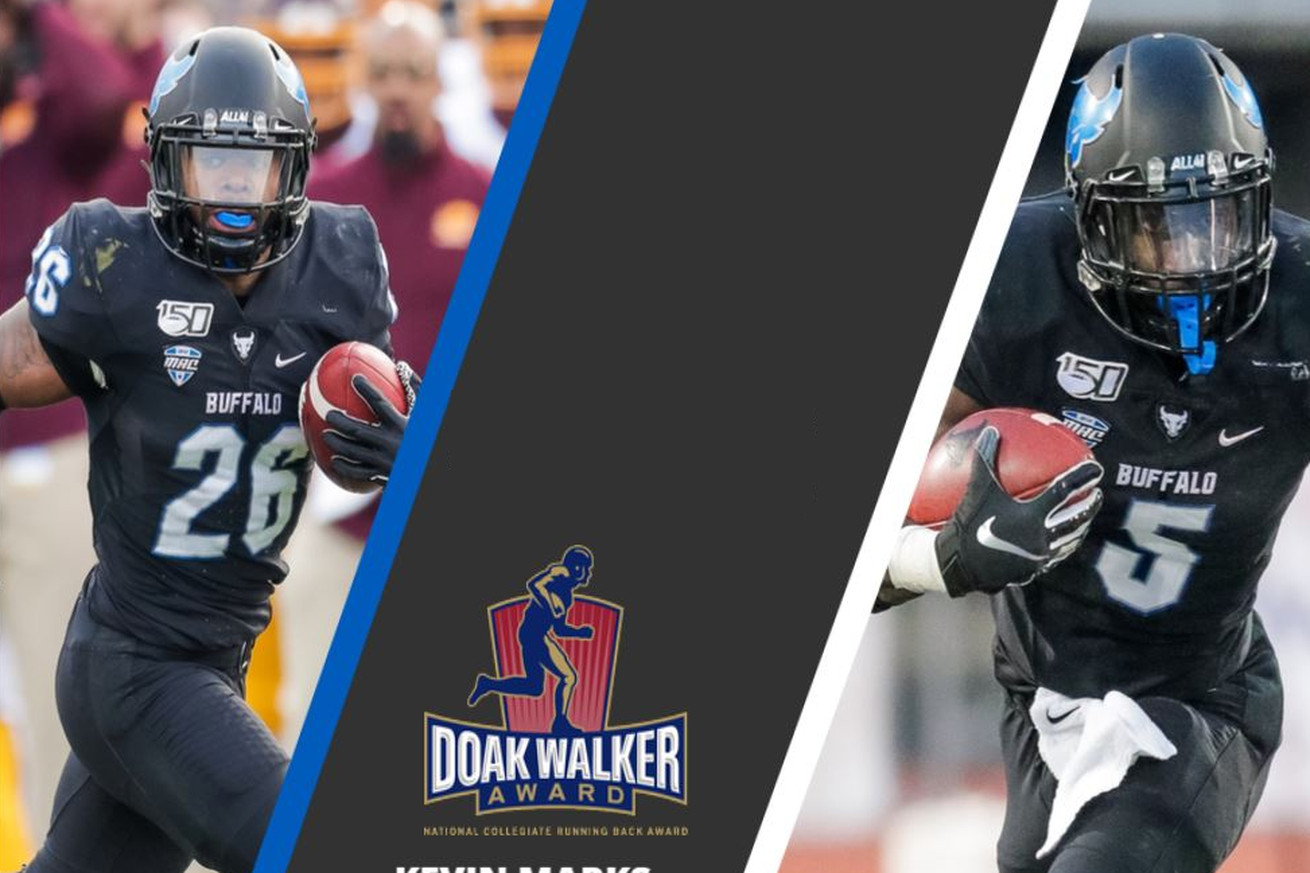 Is there a better backfield in college football this year than Jaret Patterson and Kevin Marks?

Either of these players, on their own, deserves to be in the conversation is he the best UB running back of all time.

The answer is, too close to call but each has a solid case to make. And we get to see them on the same team.

Marks is not sleeping on the sideline though. Despite sharing the backfield with a prolific back like Patterson, the junior is 7th all time in single season touchdowns, 8th in 100 yard games in a season, and in the top 15 for yards in a single season. In the scope of his UB career he is 10th in all time yards, 8th in touchdowns, 10th in yards per carry, and 8th in 100 yard games.

They are so good that when the 2020 Doak Walker Award preseason watchlist came out the pair were each listed among the best running backs in college football.

If there is a UB season this year I expect Marks and Patterson to both attack the UB record books once again. The two compliment each other so well that a defense can’t really prepare for one style of back.

Patterson is generally the starter, while he does have good open field speed what makes him special is how well he reads the play as it develops and his ability to stop on a dime, change direction, and get back up to speed in about a step and a half.

Being 5-9 he also is good at staying on his feet after contact. Generally if you don’t wrap him up he’s going to get at least a few more yards.

Marks is much more of a north south runner, a wrecking ball that can punch through a congested line and manage to open it up for big yards.

Both backs have deceptive speed in the open field. They don’t run like track stars but more often than not if they have a head of steam then a defensive back is not going to catch up to them.

Buffalo is primed for a big season, if there is a season…. And one reason is that the school can run effectively against just about anyone they face.