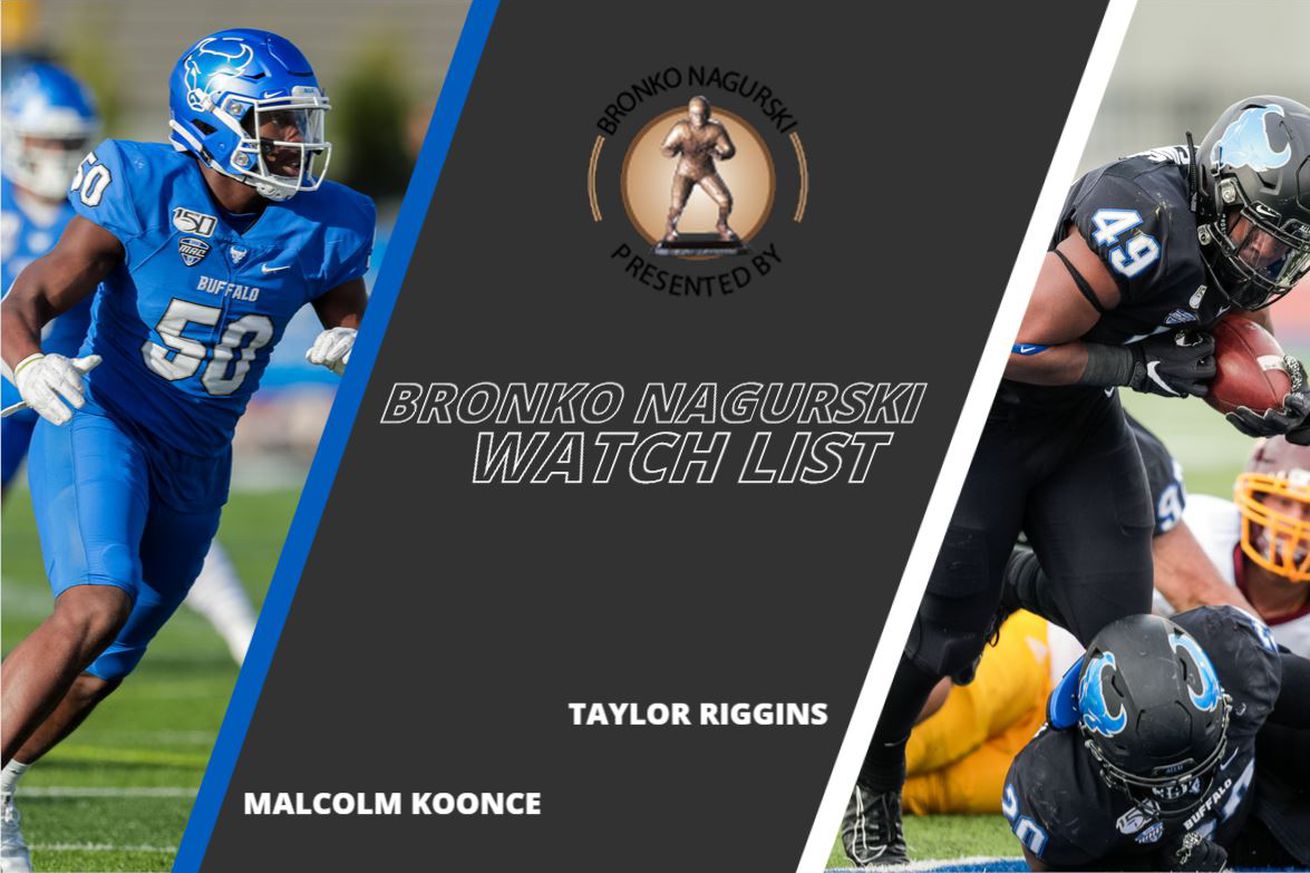 We all hear the saying “Defense Wins Championships”. It definitely won’t hurt to have a great defense and it all starts in the trenches. From the crushing blows these guys take every play to that celebratory sack dance, pass rushers tend to get the most attention from an opposing offense. It’s a Defense Coordinators worst nightmare to have to worry about one player who can win on any given play regardless of a double team or tight end chip.

Now, WELCOME Malcolm Koonce and Taylor Riggins, Buffalo’s highly touted pass rush duo. It’s one thing to have a star pass rusher garnering NFL interest but to have two? You might as well drop the game plan and just tell your guys to go out and give it your best shot. To put this into perspective, whether you like their system or not, Pro Football Focus released an article in January listing Koonce and Riggins in their top 25 list of returning defensive linemen. In fact, they both were TOP 10! To go along with that, add in the nomination of both players being added to the Bronko Nagurski Trophy watch list. How would you like two of college football’s best defensive players with a combined 17.5 sacks last season attacking your QB from both sides every play? Good Luck!