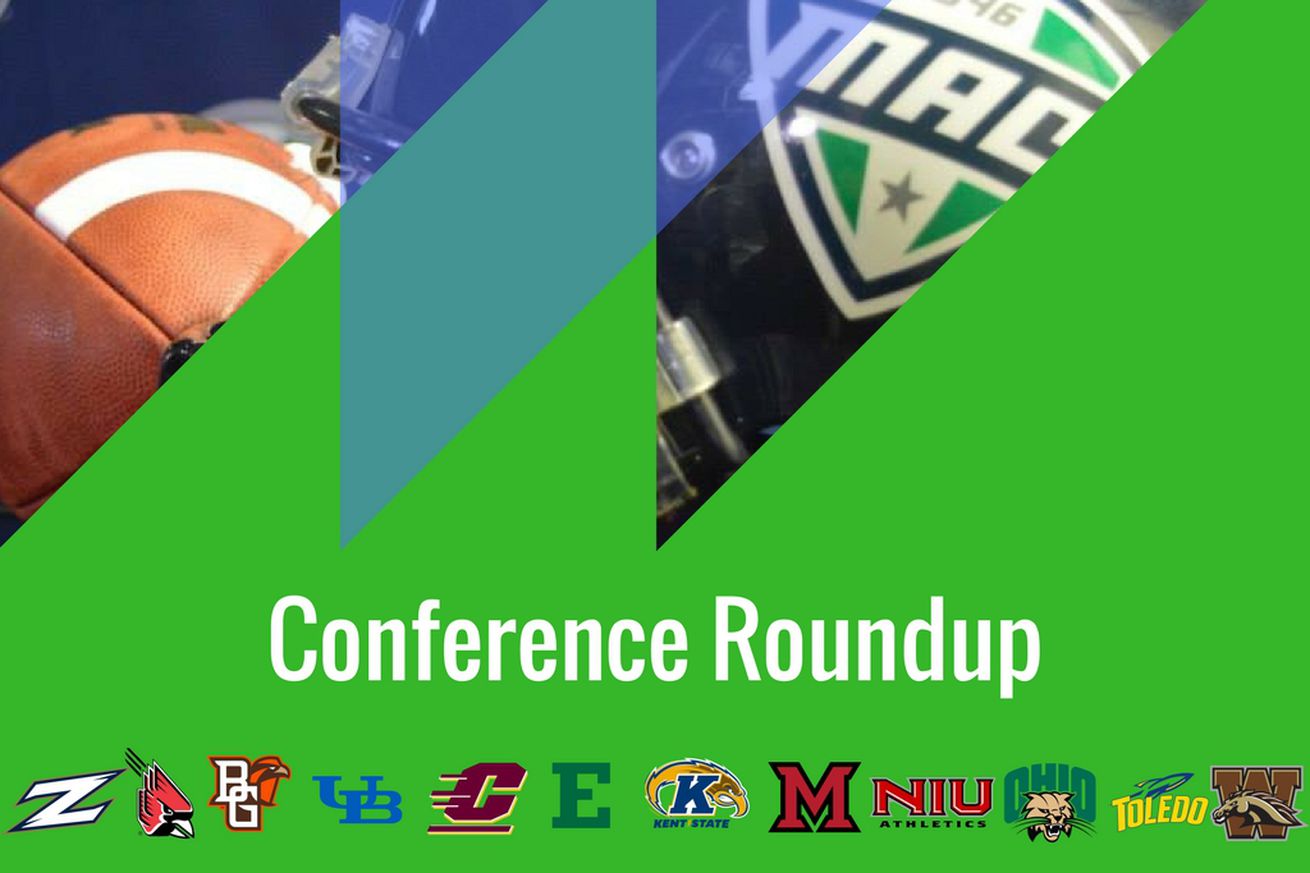 Central Michigan and Ohio continue their roll on the recruiting trail in the latest Roundup.

Central Michigan and Ohio made some noise on the recruiting trail this week as 6’7”, 232 lbs. three-star TE Hunter Marcom committed to CMU and RB Quintell Quinn committed to the Bobcats. However, everything isn’t sunshine and rainbows as we also had a decommittment from NIU.

This week in our Recruiting Battle to Watch, we’re going to take a look at a dual-threat QB out of Mentor, Oh. who already has several offers from MAC schools. Ian Kipp is slight at 6’2”, 195 lbs. but that hasn’t scared schools away as he has six offers, including ones from Akron, Bowling Green, Kent State, and Toledo. As you can see in his Hudl film below, he has good burst and toughness as a runner and can make some impressive throws. Going forward, he needs to polish his footwork and get in the habit of making quick decisions because he’ll have less time to make plays at the next level. Overall, Kipp be a good addition wherever he ends up if he hones his game.

This week’s Graphic of the Week is coming in hot from Western Michigan and it features the latest exploits of WMU’s own Corey Davis. Having a WMU photo in the background to contrast with his Tennessee Titans look is sharp, and the use of the Tweets on the left isn’t too much for the image. As always, feel free to submit nominees for Graphic of the Week to @MAC__Crootin.