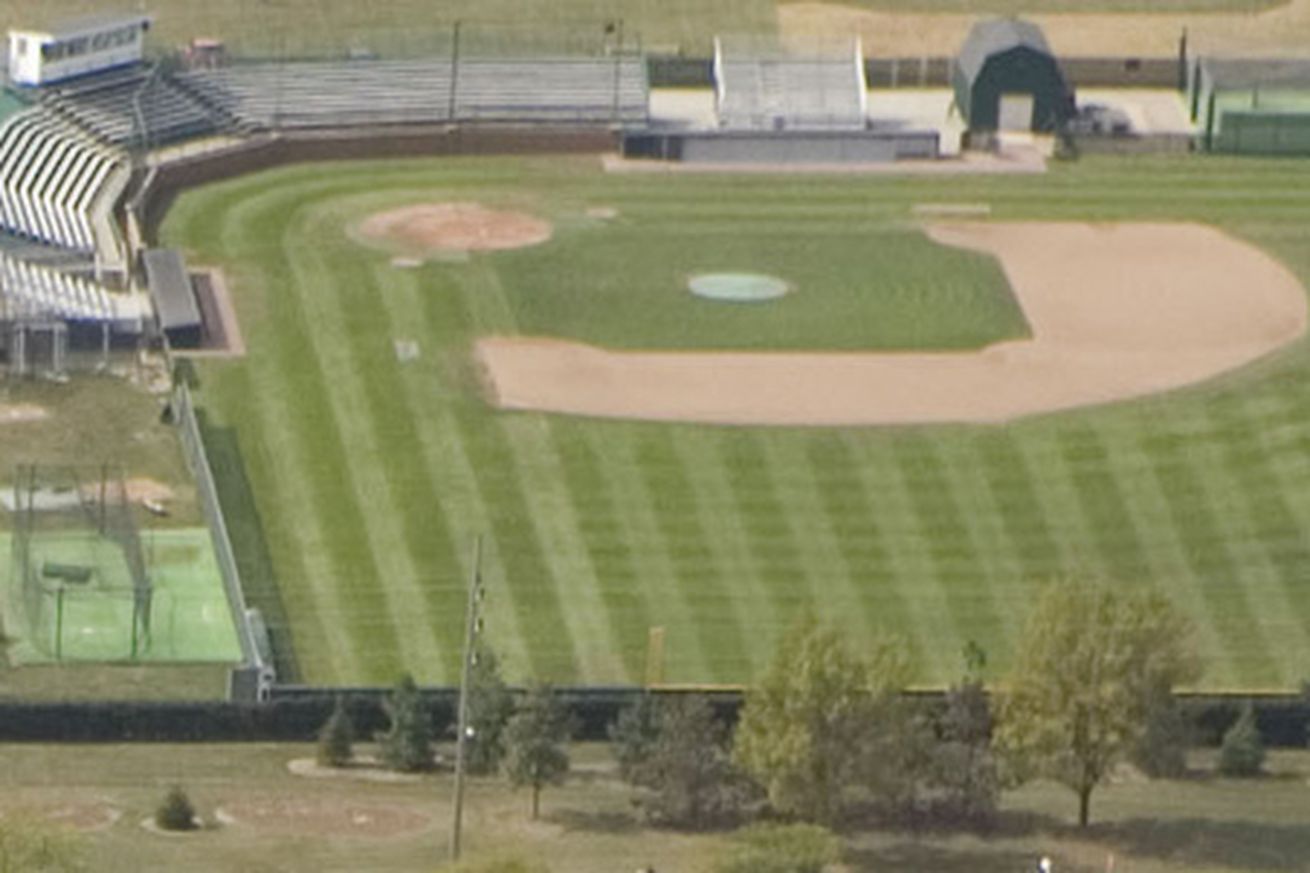 A handful of MAC baseball players are refining their game and opening eyes in summer leagues across the country.

While much of the sports world has been fixated on the return of Major League Baseball, the reboot of the NBA season, and the constant search for hope that college football and the NFL return in the fall, summer college baseball has sprouted across the country, from the cornfields of Virginia to the land of Bismarck, North Dakota.

Most collegiate summer baseball leagues elected to cancel their 2020 seasons, like the prestigious Cape Cod League did for the first time since 1946, leaving college baseball players with limited opportunities to work on their craft after a shortened NCAA season due to the COVID-19 pandemic.

However, a handful of leagues have been able to safely play on as “normal” and attract some of the elite talent left behind in the college ranks after a five-round MLB draft last month (compared to the normal 40-round draft process).

Many of these leagues have started facing challenges, however.

After splitting up to play in smaller regional leagues, many Northwoods League teams have had to pause play due to COVID scares or recent enforcement of health regulations. As virus cases continue to rise across the country, the future of many leagues is now in jeopardy.

For those fortunate enough to have an opportunity to play this summer, players have elected to stay closer to home and may not be playing in the league they had planned on, but the goals remain the same for each player. Extra reps in the batter’s box, developing that third (or fourth) pitch, learning a new position, and growing as a player and teammate are just a few of the items on the agenda for players every summer, even while navigating their way through a global pandemic.

For a number of Mid-American Conference baseball players, this summer is about taking the next step in showing MLB teams they belong at the next level. The overall talent level in the conference will be impressive in 2020. Here are a few players who have jump started their 2020 campaigns with impressive early summer circuit performances.

Going into the 2020 MLB draft, every major scouting publication and anyone who sat down to watch MAC baseball last season knew that Ball State RHP Kyle Nicolas (61st overall to the Miami Marlins) and Central Michigan IF/C Zavier Warren (92nd overall to the Milwaukee Brewers) were locks to hear their names called on draft day. WMU’s Blake Dunn also seemed like a sure thing, even with the elimination of 35 rounds worth of picks.

Unfortunately, Dunn went undrafted in June and did not sign a free agent deal with a professional club following the draft, meaning the Broncos will have their top hitter back in the lineup for 2021.

Dunn is staying in Kalamazoo this summer, playing in the prestigious Northwoods League where he announced his arrival with an Opening Day home run.

Hit a dinger, get the boom.

He has since showcased his elite speed and athleticism, and is doing exactly what he needs to do to increase his draft stock. Dunn is currently hitting .357 with a .455 on-base percentage and five extra-base hits in eight games. He’s also swiped four bases.

The recent run on Ball State arms at the top of the draft should continue in 2021 with McDermot, following Drey Jameson who went in the first round to Arizona in 2019 and Nicolas who went in the second round to Miami last month.

The 6-3, 200 pound righty went 4-1 with a 3.64 ERA and 54 strikeouts in 42 IP during his freshman campaign and was settling in nicely after a rough first start in 2020. He made just three starts before the shutdown, but capped the year with six no-hit innings and 11 punch outs against Richmond. He will be looked upon to take the torch for Ball Start in 2021.

Stats are hard to come by in the pop up Grand Park Summer League where McDermott and others on this list are spending their summers, but the juicy data is available thanks to the league’s Twitter account.

McDermott has touched 95.5 mph with his fastball which brings with it a spin rate that would rank among the top 25% of right-handed pitchers in Major League Baseball. Very early projections see McDermott as a top five round draft pick. Working on his control and continuing to develop his big breaker and changeup this summer would solidify that.

Chayce McDermott @BallStateBB up to 95 with a live heater and an upper 70s breaker in the @GP_SummerLeague pic.twitter.com/AQqRbycXIS

Ball State isn’t the only MAC school pumping out high quality arms right now. 2019 MAC Freshman Pitcher of the Year Sam Bachman has been opening eyes since he stepped on campus with a 95+ mph fastball. He proceeded to go 7-1 with a 3.93 ERA and 75 strikeouts in 75 IP during his freshman campaign.

Bachman made just four starts in 2020, but was walking fewer hitters and striking out more (31 in 23.2 IP), including fanning 12 in two of his four starts.

The 6-5, 235 pound righty is pitching in the Grand Park Summer League, where his fastball sits atop of the velocity leaderboards at 95.2 mph. If Bachman can continue to develop his slider into a reliable third pitch and limit his walks he could become the highest Miami draft pick since the Redhawks had two players selected within the first five rounds in 2007.

Let’s keep it rolling with MLB quality arms and talk about Luke Albright. After impressing out of the bullpen in 2019, Albright made four solid starts in 2020, striking out 22 and posting a 1.90 ERA against quality programs like Iowa and Liberty. He didn’t allow a single home run in 23.2 IP.

Albright is spending his summer in the Grand Park League and caught the eye of David Seifert at D1Baseball.com earlier this summer. Seifert had high praise for Albright after one of his looks, saying “he has the look of a top-five round pitching prospect for the 2021 draft.”

Albright’s curveball has the highest spin rate in the Grand Park League at 2801 RPM, which would place him just outside the top 10% in the major leagues. When Albright has command of the pitch, it’s an out pitch that will get him out of a lot of trouble and help raise his draft stock.

He may be listed at 5-11 and 165 pounds, but Ian Leatherman is going to be a must-watch name in 2021. In his six appearances this season, Leatherman recorded a 14/5 K/BB ratio and held opponents to a .111 average, allowing just one extra-base hit.

Leatherman was supposed to pitch in the Cape Cod League this summer, but was forced to stay closer to home in the Northwoods League. Through 5 IP, Leatherman has allowed one hit, struck out seven, and walked none. MAC opponents have to be tired of seeing a Leatherman on the mound when facing Central Michigan, but they’re going to have to get used to it for another few years.

Krause entered the transfer portal after BGSU eliminated their baseball program earlier this spring, but a massive fundraising effort led by a group of prominent alumni stepped up and saved the day, giving Krause a home to come back to.

Krause was a true freshman last year who didn’t play very much (13 games, .154 average), but he has flashed his potential in the Northwoods League as a member of the Mandan Flickertails and earned a spot on our watchlist.

The lefty is hitting .245 through 16 games, but owns a .415 OBP, drawing 12 walks in 61 plate appearances. He made his debut back on June 15th by reaching base in all five of his plate appearances- 3/3 with a double, three RBI, BB, and HBP. His speed, athleticism, and ability to get on base will be a big asset for Bowling Green as they look to climb up the MAC standings in 2021.