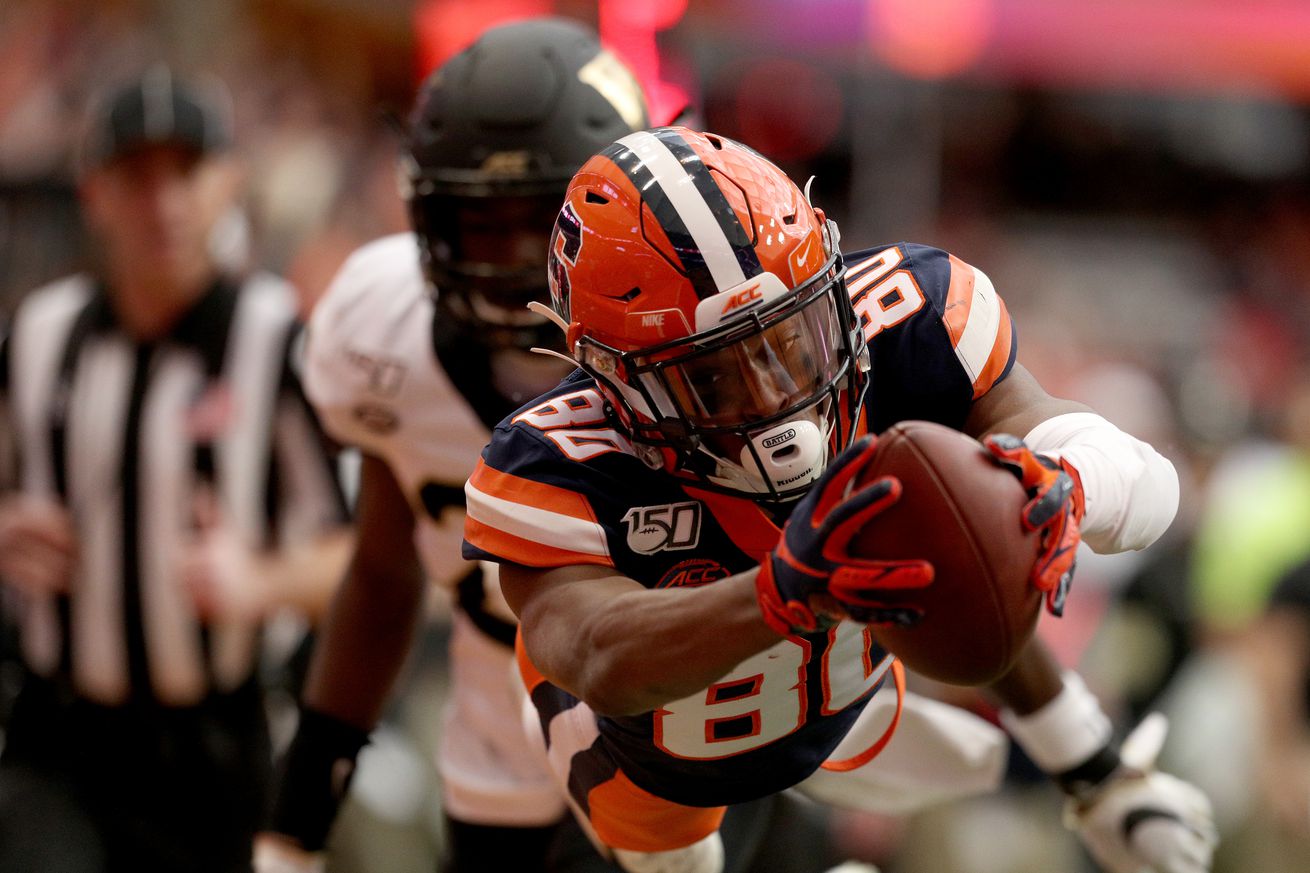 Is it good? Is it bad? It’s definitely Syracuse.

Ed. Note — As has become a tradition (?) here, TNIAAM writers will tell you all week why this year’s Syracuse football team will finish with certain win-loss records. These projections will get better as we go along, so hopefully you’re done being mad around now, or Thursday.

This is one of my favorite annual Syracuse Orange traditions around these parts. Not because it means that football is near (though that definitely helps), but rather because over the course of these posts, a bunch of people who follow the sport pretty closely tend to gravitate to what games become crucial for the Orange to swing a season.

John and Kevin have already said, so I’m just going to reiterate for those in the back: This schedule is a beast. The ACC is full of teams that may not be perfect, but have serious talent in key areas of the depth chart to decide a game. To get to five wins, the Orange will need to rely on their strengths (defensive backs) and find a way to get some consistency in their offensive attack.

at North Carolina Tar Heels: UNC may not have finished with the record to match, but their pure talent was probably the best of the non-Clemson teams in the ACC. Mack Brown’s had an offseason to add even more 4 & 5 star talent to a roster that can probably compete for an ACC Title game spot. Too much, too early. L, (0-1) (0-1)

at Pittsburgh Panthers: Pitt has one of the best defenses in the conference. Dino Babers has made it clear the offensive line is not at 100%. Aside from the normal shenanigans that take place at Heinz Field, this matchup does not look good for the Orange. L, (0-2) (0-2)

Georgia Tech Yellow Jackets: The Orange return home, and with it, finally get some good news. Georgia Tech is definitely building something interesting, but they’re still mid-tear down of a triple option system. The Orange should win their home opener and christen the new roof with a win. W, (1-2) (1-2)

Duke Blue Devils: Last season, the Orange made Duke look like a mess, of a team, stifling their offense. The Blue Devil defense was already solid, and they’ve added Orange killer/country music breakout star Chase Brice to fix those offensive issues. It’s a close one, but the Orange don’t have it. L, (1-3) (1-3)

Liberty Flames: Assuming this game takes place, the Flames are just nowhere near deep enough or talented enough to hang with ‘Cuse. While last year’s game wasn’t an inspiring win by any measures, the mess of an offensive line was able to handle Liberty then, and should do so again. W, (2-3) (1-3)

Wake Forest Demon Deacons: Last year’s Wake game gave the Orange the highlight of the season, and I think this game will be just as close. The Deacs will see their best player Sage Surratt sitting out, and while talented elsewhere, I think there’s just enough weakness on defense for the Orange to squeeze out a win. W, (3-4) (2-4)

Boston College Eagles: Last year’s stinker led to wholsale changes on defense, which led the Orange to adopting the 3-3-5 they’ll more than likely use in this game. I do think Boston College will put up a fight, but they’ve got a new coach and need to replace the biggest piece of their offense. Dino won’t let this “rival” embarrass them twice. W, (4-4) (3-4)

at Louisville Cardinals: Louisville is the team I think most likely to challenge UNC and the Virginia Cavaliers for the non-Clemson spot in the ACC Title game. They’ve got a talented quarterback and improved defense that will push the Orange to be near perfect to compete. Don’t think it’s in the cards (pun intended). L, (4-5) (3-5)

N.C. State Wolfpack: The Wolfpack played one of their best Pro Football Focus-graded games of last season against the Orange, which is ridiculous considering what that game was. The Wolfpack are looking a lot like Syracuse: hoping a New Jersey QB makes a big leap and switching to a 3-3-5. I think the “home” field advantage is enough to swing it ‘Cuse’s way. W, (5-5) (4-5)

at Notre Dame Fighting Irish: Oh yeah, these guys. They’ll get into the ACC Title game over all those other actual ACC schools I mentioned and we’re all going to be annoyed. I want ‘Cuse to ruin that, but it won’t happen. L, (5-6, 4-6)

If you’re one to look at trends, the Orange get all 5 wins at the Carrier Dome at Syracuse Stadium Complex, dropping all of their road contests. Not amazing, but the schedule is a gauntlet, and getting a 5-1 record at home is definitely a solid takeaway from what would overall be a less than exciting season.

So what do you think? About spot on or too negative for your liking? Let us know in the comments.