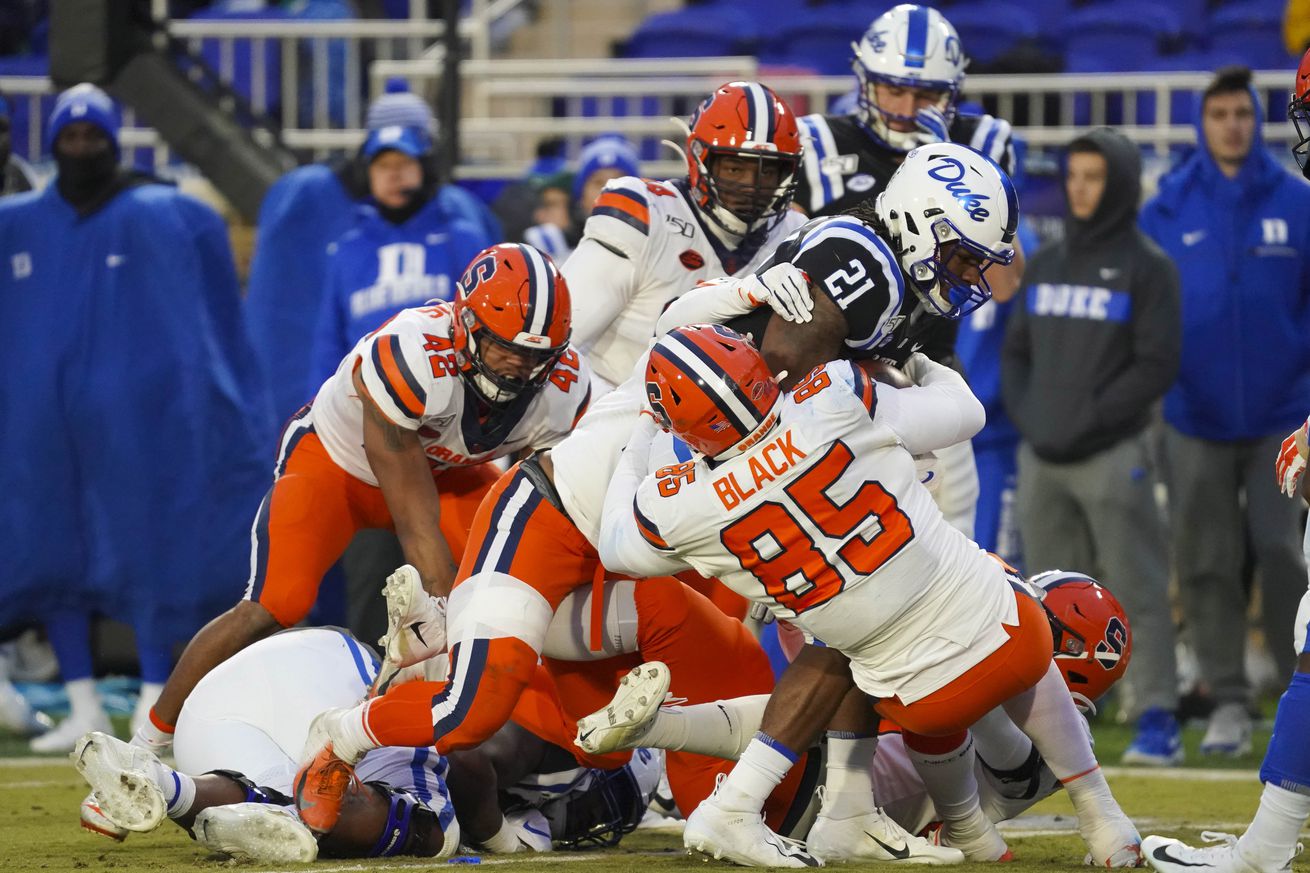 The revised schedule does the Orange no favors

Ed. Note — As has become a (derided) tradition, TNIAAM writers will tell you all week why this year’s Syracuse football team will finish with certain W-L records. These projections will get better as we go along, so hopefully you’re done being mad by mid-week or so.

I was excited about the 2020 Syracuse Orange schedule version 1.0. It looked like the Orange could rebound and return to a bowl game while building momentum towards the 2021 season. Obviously things aren’t going to go according to plan and this revised schedule is not as friendly.

Just in case you skipped the top, this is a hypothetical piece and not my actual prediction, This is just one way that the 2020 Syracuse season could play out.

The Orange head to Chapel Hill and Sam Howell overcomes two first-half interceptions and leads the Tar Heels to a shootout victory. Syracuse hangs tough and it gives us hope for the upcoming season. (L 0-1, 0-1)

Syracuse is back on the road and the Pitt defense slows down the Orange attack and Kenny Pickett manages the game leading the Panthers to another one-score win in this series. (L 0-2, 0-2)

It’s the home opener and Syracuse gets their first win of 2020 and the first win under the new roof. Unfortunately the victory is marred when someone plays “New York State of Mind” instead of the Alma Mater at the conclusion of the game. (W 1-2, 1-2)

A bit of momentum builds as the Orange get back to .500 with another home win. Chase Brice was leading the Blue Devils to a late score when Andre Cisco gets his hands on a tipped pass and clinches the victory. (W 2-2, 2-2)

The only non-ACC game becomes a chance for Syracuse’s young quarterbacks to get some snaps. Hugh Freeze decides to watch the second half lying down in Section 311 as this game (W 3-2, 2-2)

It’s the Travis Etienne show as the Clemson running back leads the way for Dabo’s crew. Syracuse drops out of the Top 25 after the loss. (L 3-3, 2-3)

Wake returns to the Dome but this one isn’t as thrilling as last season’s game. Trill Williams scores another TD vs the Deacons as the Orange run away with this one. (W 4-3, 3-3)

The roller coaster of emotions takes another dip as the Eagles surprise Syracuse with a competent passing attack and leave town with another win. A career high five field goals from Andre Szmyt is the highlight for the Orange in this one.(L 4-4, 3-4 )

Louisville’s speed is on display once again as Tutu Atwell finds room to run against the Orange secondary. The offense puts up plenty of points and at least the over bettors are pleased with a 41-33 Cardinals victory. (L 4-5, 3-5)

Here’s the unexpected loss that we’ve all come to know and hate. You probably think this isn’t realistic but injuries in a couple of key spots leave a weakened Orange team struggling to score. Syracuse holds NC State to 17 points and still loses the game. (L 4-6, 3-6)

It’s another long afternoon for the Syracuse defense as Notre Dame is playing for a spot in the ACC Championship Game in this one. Ian Book rises in the Heisman Trophy race after putting up 300 yards passing and another 75 on the ground. Syracuse closes the year with four straight defeats. (L 4-7, 3-7)

No matter what happens this season it’s hard to read too much into it. Everyone is going to be dealing with a lot on and off the field so it’s a good opportunity for Syracuse to try and find some positives to build upon. While we hope the final record looks better than this, I think getting to the end of the season playing all of these games will be the biggest victory of all.