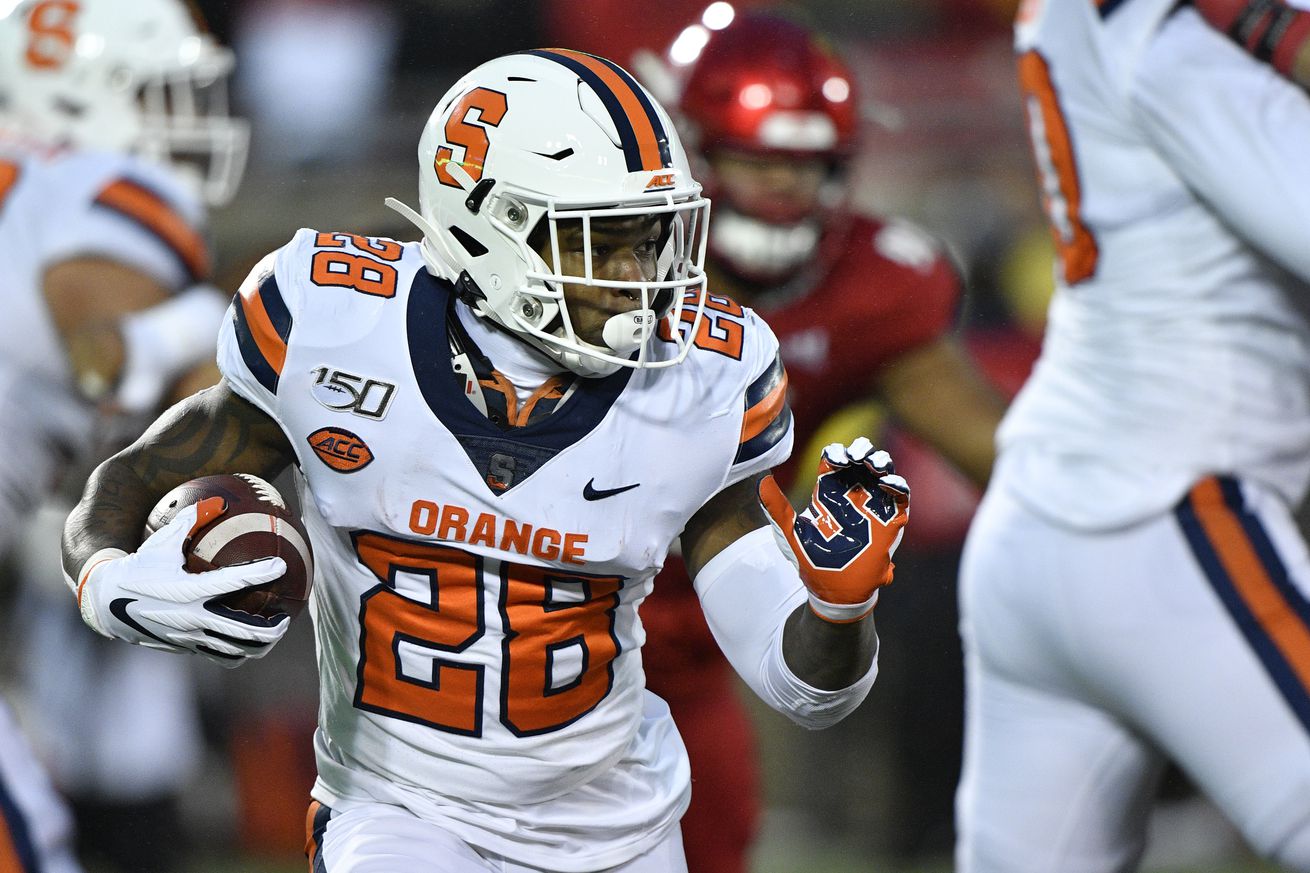 Ed. Note — As has become a (much derided) tradition, TNIAAM writers will tell you all week why this year’s Syracuse football team will finish with certain W-L records. These projections will get better as we go along, so hopefully you’re done being mad by mid-week or so.

Hey, remember last year when everyone got SUPER mad at me for picking the Syracuse Orange football team to go 5-7? Well, Syracuse DID go 5-7, despite the fact that I didn’t even want that to happen. Good times, good times…

Now that we got that out of the way, I’m once again taking any and all venom this year with the least-optimistic prediction of the week. As you recall, the Orange once had a pretty easy schedule for 2020. But then COVID happened, and we wound up with a pretty difficult slate this fall instead. Add in the issues with departing talent and incorporating new coordinators on both sides of the ball, and things have definitely taken a turn.

at North Carolina Tar Heels: The Heels have quickly turned into one of the most talented teams in the conference, which likely means rough sledding to start the year for a rebuilding Orange defense. Sam Howell has a big first half. And while SU plays catch-up a bit over the final 30 minutes, it’s not enough to close a three-score gap. L, (0-1) (0-1)

at Pittsburgh Panthers: Pitt has one of the top defenses in the country, even without Jalen Twyman in the lineup, which could spell trouble SU here. Without much of a dynamic offense, the Panthers drag the game into the mud and slug out a tight victory to continue the misery this series brings. L, (0-2) (0-2)

Georgia Tech Yellow Jackets: As mentioned quite a few times during summer previews, Tech’s still digging out of triple-option purgatory, and that should provide an opportunity for Syracuse to net their first win of the year. Syracuse sprints out to a quick lead and then the defense is able to hold off a sputtering Yellow Jackets attack. We’ll take the victory, even if it’s not complete payback for the 2013 debacle between these teams. W, (1-2) (1-2)

Duke Blue Devils: Duke’s defense should be very good, but the offense depends a lot on Clemson transfer Chase Brice — yes, THAT Chase Brice. Unfortunately, lightning winds up striking twice, too. Behind a potent passing attack, Syracuse leads at halftime and the game and season are suddenly looking a lot more positive. But Brice picks apart the Orange D in the second and SU offense stalls out. Brice becomes one of the most disliked opposing players for Syracuse since joining the ACC. L, (1-3) (1-3)

Liberty Flames: If there’s any game on this schedule that seems unlikely to get played, this is it. But assuming it happens, Liberty’s best offensive players from last year — “Buckshot” Stephen Calvert and Antonio Gandy-Golden — are gone, and that should help significantly as ‘Cuse puts out the Flames by a 45-17 score that looks closer than the contest actually is. W, (2-3) (1-3)

at Clemson Tigers: This probably isn’t the year for Syracuse to spring an upset on the Tigers, especially down in Death Valley. Trevor Lawrence leads Clemson’s potent attack to a quick three-score lead, and never really looks back en route to a one-sided victory. L, (2-4) (1-4)

Wake Forest Demon Deacons: Wake’s defense still doesn’t have it together, but with Sam Hartman under center for the full game, the Deacons actually put together a complete effort against SU and pull off the win. As has been the case in most of these matchups lately, it’s a bit of a shootout, with both teams topping 40 and Wake scoring late to collect the win. Ugh. L, (2-5) (1-5)

Boston College Eagles: Remember last year when the Eagles ran all over Syracuse’s defense en route to an embarrassing Orange loss and Brian Ward’s dismissal? Well, we don’t wind up with the exact same result this year, but it’s still a ‘Cuse defeat behind a strong rushing attack led by David Bailey. The Eagles having a passing attack this year too makes things worse. One saving grace is that it’s another shootout, and SU stays competitive. Still, a loss, though. L, (2-6) (1-6)

at Louisville Cardinals: The Cards return a lot of the offensive weapons that tore through SU’s defense last season, and that should be enough reason to concern us. Given the high-scoring trend noted in recent games, we get yet another one here, and it doesn’t go Syracuse’s way, either. At least the Orange wind up scoring five touchdowns against a top-25ish team this time around. L, (2-7) (1-7)

N.C. State Wolfpack: Finally, something goes Syracuse’s way. Following four straight losses, Syracuse exacts some revenge for last year’s putrid showing down in Raleigh. Tommy DeVito winds up slinging four touchdowns, while the Pack never really get going on offense. It doesn’t save a lost season, but it helps us feel a little bit better (sort of like what happened in 2019 after beating Wake in the finale). W, (3-7) (2-7)

at Notre Dame Fighting irish: Syracuse returns to South Bend for the first time since GERG’s stunning 2008 upset, and has designs on knocking the Irish out of the ACC title game. For a half, it looks like they may be able to pull it off. But then Ian Book starts victimizing SU’s linebackers with his running ability and the rest is history. ‘Cuse makes things respectable and only falls by 10. Still, it’s a defeat against top-10 Notre Dame. L, (3-8, 2-8)

You’ve probably been nodding solemnly to yourself throughout the piece, because while this year’s Syracuse team can and should be improved, there’s also just too many hurdles for the Orange to leap over if they struggle to implement new systems quickly enough. Given the difficulty of this schedule and the whole offseason, no one’s job is in danger after going 3-8, but it does ramp up the pressure significantly for 2021, assuming everything is back to normal next September.