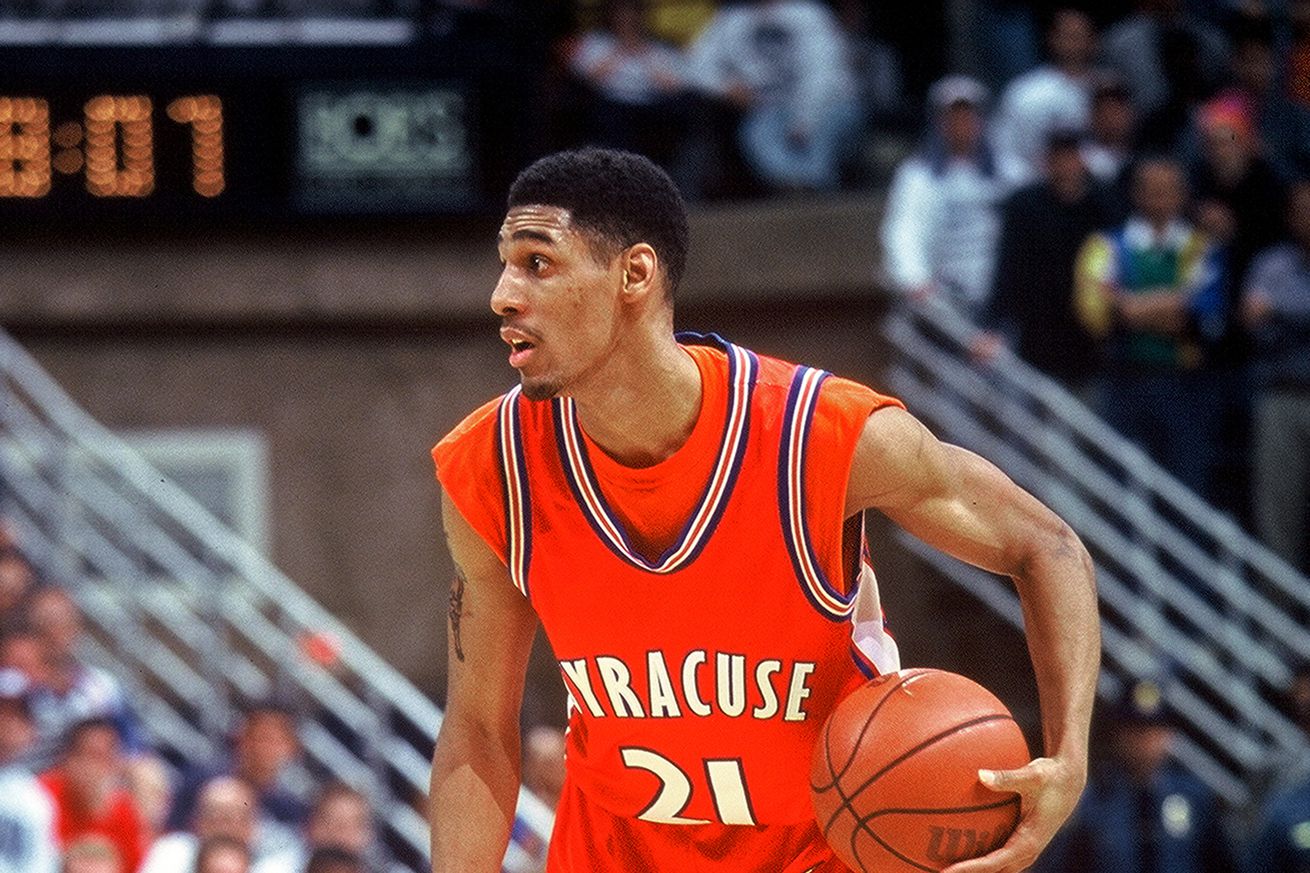 Who excels at the No. 1 goal of basketball?

We continue along with our Syracuse Orange men’s basketball superlatives by taking a look back at some of the best players in the Jim Boeheim era. Today we take a dive on the best scorers in the past 44 years of Orange hoops.

Just like we’ve done with the others in this series, we carry on with the roundtable format as these subjects tend to be subjective by nature. Here’s what the TNIAAM staff had to say on the top five scorers under Boeheim:

Melo stands alone for his ability to thrive inside or outside in his one season. I think both Owens and Wallace would have thrived in today’s NBA. Imagine Owens in an uptempo offense which put the ball in his hands as a SF or Wallace at the stretch 4? Moten was so unassuming that you didn’t think he did much and then the box score showed him with 19 points and 6 boards and after Melo left Hak stepped up and became such a complete player. These guys could get buckets in a variety of ways so if they show up at your local playground I’d suggest stepping aside.

As one of the best offensive players in the history of basketball, how can you lead off with anyone other than Carmelo Anthony? ‘Melo is one of the most skilled one-on-one players of all-time and his lone season at Syracuse speaks for itself. Moten gets the nod at the No. 2 spot given that he’s still Syracuse’s all-time leading scorer. While maybe not a scorer by true definition, DC scored over 2,000 points in his four-year SU career and sits second only to Moten on the all-time list. Wallace comes in at No. 4 for me as he could score in bunches and he did it from all three levels. Lastly, Tyus Battle rounds out my list given his one-on-one prowess and his proclivity to make tough shots. He had a chance to become Syracuse’s all-time leading scorer had he stayed for his senior season.

I feel like this is sort of the “Mount Rushmore Plus One” of Syracuse players in the Boeheim era, yet that’s fine. All five players were unique talents when it comes to putting the ball in the net. ‘Melo obviously fits the definition of a scorer in the truest sense, and would do so later in the NBA as well. Moten was a slasher. Coleman was a monster in the paint. Wallace probably had the most well-rounded game of all of these players by his senior year, shooting with proficiency both inside and outside of the paint (and even hit an impressive 42% of his threes that year).

Owens was the one I had to think about a bit, but really, his resume stands up to the rest. His 23.2 points per game in year three should be enough, but his abilities to score in a variety of ways are what makes him such an impressive scorer in SU’s history.

Who are your picks? Anyone you’d add instead? Share your own lists below.