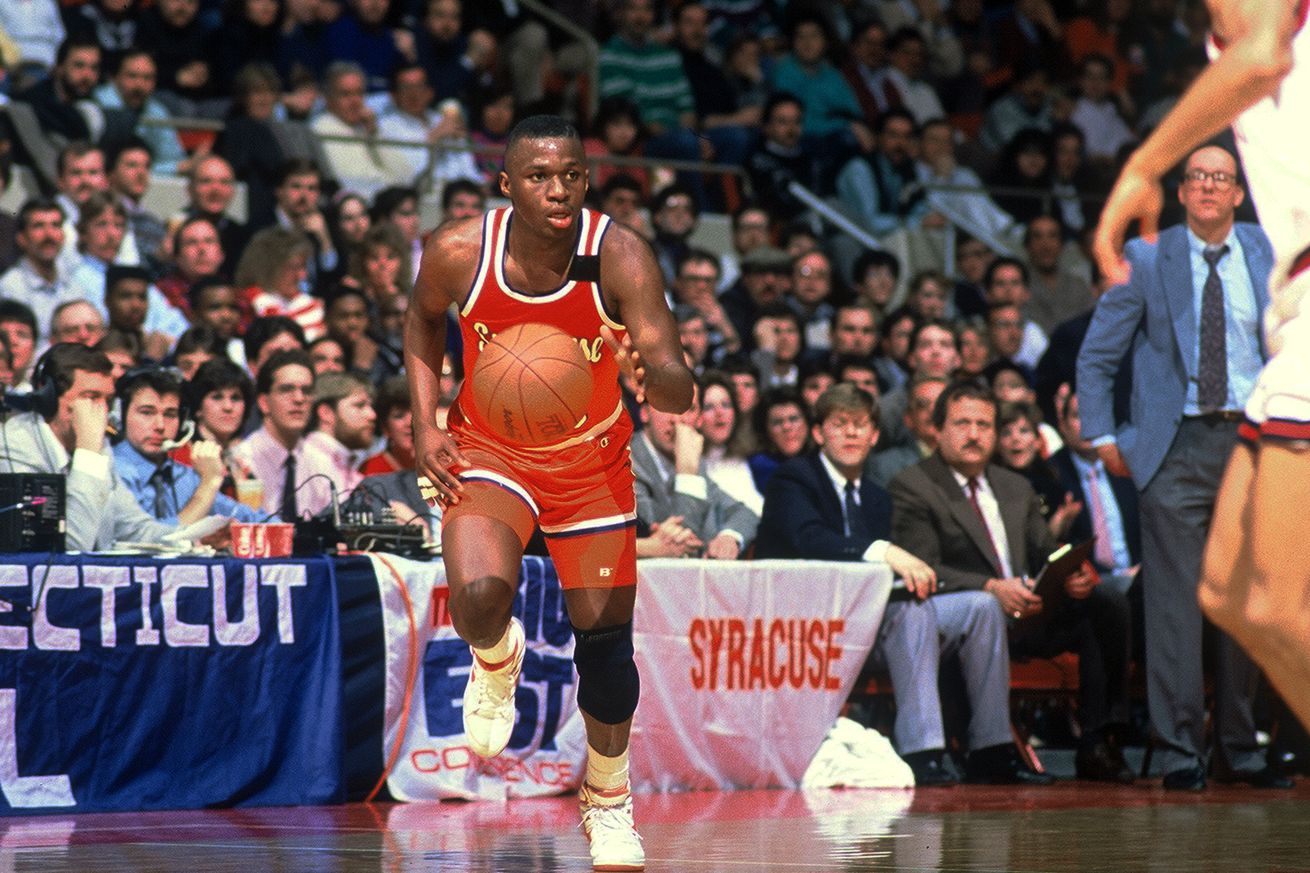 These guys don’t need an assist, because they already have a ton of them.

As we continue along with our Syracuse Orange men’s basketball superlatives and introduce today’s category of best passers (in the Jim Boeheim era), it’s important to note that the candidates in consideration played for Jim Boeheim, not necessarily with Jim Boeheim.

With that, we introduce the category of best passers at Syracuse. These are the guys who had great court vision and were adept at setting their teammates up for success. Just as we’ve done with the others in this series, we carry on with the roundtable format as these subjects tend to be subjective by nature.

Here’s what the TNIAAM staff had to say:

Sherman and Pearl are really 1A and 1B here, but if we must split hairs I’ll give the slight edge to Sherm given his assist numbers per game were slightly higher and how he popularized the alley-oop. He still sits at the top with the most assists in Syracuse basketball history (960). It’s interesting to think that Pearl could be No. 1 had he stayed four years at SU and not only increased his total (632), but likely would’ve decreased Sherm’s by cutting into his minutes. Both are head and shoulders above the rest.

Hart was a tough guard who could get in the lane and find his teammates. He still sits second in assists with 709. Lastly, Ennis and Flynn only stayed one and two years at SU, respectively. But Ennis found plenty of shots for Trevor Cooney and dunks for guys like CJ Fair and Jerami Grant. Flynn had 439 assists in just two years at Syracuse and did so in a memorable way with a little flair.

Sherm and Pearl are in a class all their own, and are the only two players in program history with 6.5 assists or more per game. Pearl, as you know, was the Dome’s first absolute magician — a player who could find anyone with a basketball and was an electric playmaker. Sherm’s strengths came, in part, from being a fastbreak extraordinaire.

Hart made up for a lack of major scoring ability with a knack for finding his teammates, and that was enough to give him the second-most assists in SU history (by a considerable amount, actually). Moss was before a lot of our times, yet became the mold for what some of the best Orange(men) point guards would later possess: Speed, quick decision-making and fastbreak abilities. And while Flynn gets overshadowed by the “Dynasty” and the 6OT game, he was one of SU’s best all-around offensive players of this century.

I think Pearl and The General are easily ahead of the class here. To have them on the same team seems incredible to think about and it was just before my time as an Orange fan. Hart and Ennis were steady point guards. I think both had the ability to get the team into a good offensive set which has been one of my biggest beefs with recent offenses. When the opponent is on a bit of a run you need someone who can direct the offense and get a good look and both those guys brought that to their teams. Rautins might seem unusual but I think back to that 2010 season and how often he seemed to make the right decision with the ball.