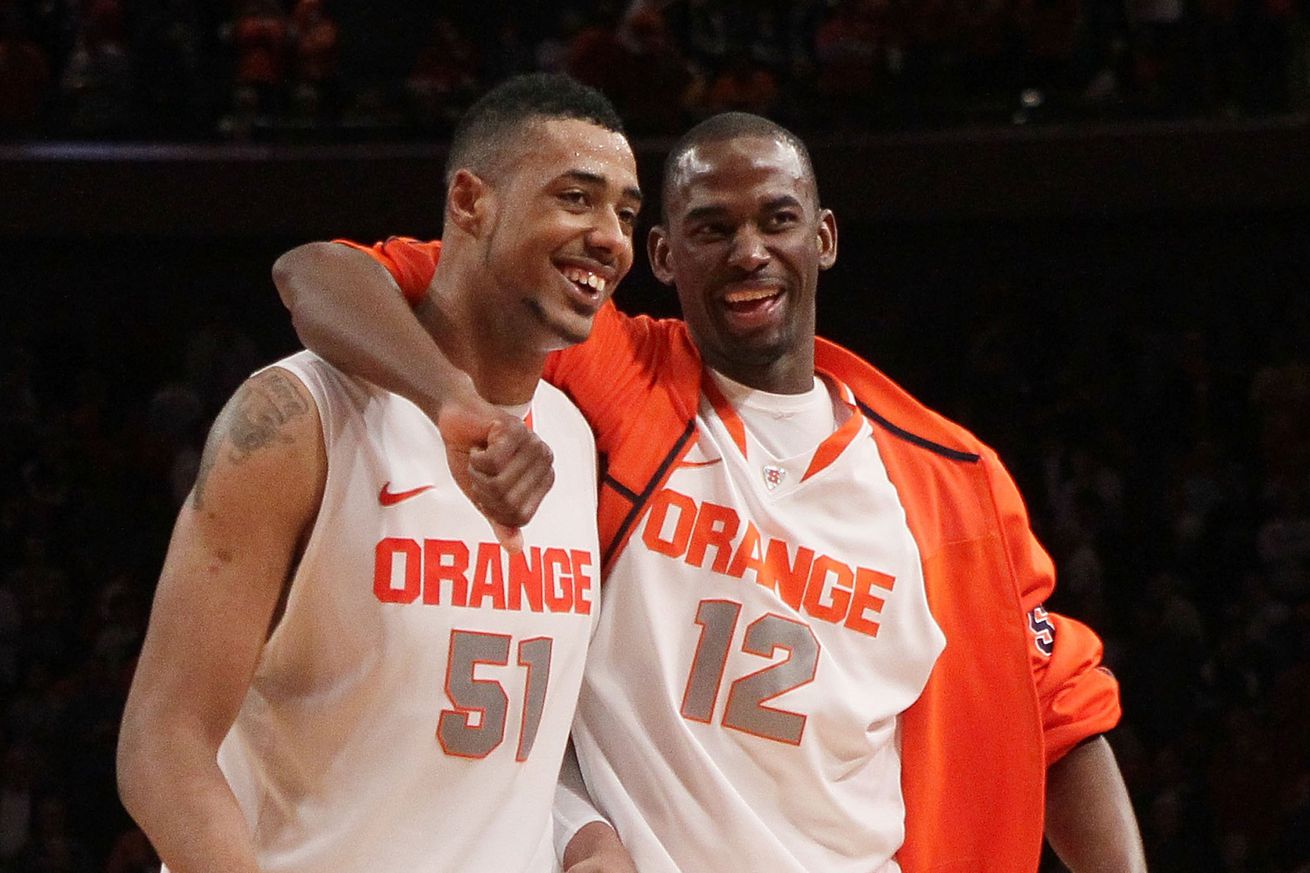 Today, we introduce another category in our running Syracuse Orange men’s basketball series as we take a look back at the best defenders to play for Jim Boeheim. Candidates are limited to the Jim Boeheim coaching era, which is plenty of time, really.

With that, we take a look back at some of the best defenders in Syracuse history. These were guys who locked up on the defensive end. Some of these guys may have had high steal and block totals, but stats are as more of a guide on this roundtable as opposed to being the definitive criteria.

Just as we’ve done with the others in this series, we carry on with the roundtable format as these subjects tend to be subjective by nature. Here’s what the TNIAAM staff had to say:

It’s not fair to compare defense for amongst guys who played different positions, so I’ll avoid that here. Leading off with Jason Hart, the former point guard was a gritty defender who gave opposing guards fits. I’m pretty sure if you gave me ten chances to bring the ball up against him full-court, I’d get the ball over half-court maybe once.

Etan Thomas won Big East Defensive Player of the Year honors twice, while Fab Melo won the award himself in 2012. Moussa Keita didn’t stuff the stat sheet or win any hardware, but he knew the zone and played the center position very well. Lastly, Seikaly was a big presence in the paint and disrupted a plethora shots at the rim throughout his Syracuse career.

Etan was the easiest pick here. Three seasons with over 100 blocks and he did with incredible timing and technique often using his left hand to block shots. Speaking of technique the way Baye anchored the zone was masterful. He used positioning and awareness to help that 2012 team make it to the Final Four. Conrad was a game-changer at the rim and I have to give my wife’s favorite player a nod here.

For guards Jason Hart was just a tenacious on-ball defender. He might be the best overall defender I’ve ever seen in orange. MCW’s sophomore season was a clinic in playing the top of the zone. He used his length to not only generate 111 steals but to disrupt the opposing guards from breaking down the zone.

Thomas is an obligatory pick, as others have noted above. His two Big East Defensive Player of the Year awards are an impressive feat. SU’s career steals leader Jason Hart also has to get a nod. While everyone has mixed feelings about the late Fab Melo, Fab’s 2012-13 campaign was a monster on the defensive end, and a driving force behind the team’s dominance on that end of the floor.

I differed a bit from James and Kevin with my other two picks, however. Sherman Douglas is fourth in all-time steals at SU, and was a highly underrated defender for the Orange(men). Roosevelt Bouie predates a lot of us here, but he averaged nearly three blocks per game during his career, and even with some foul trouble hampering him, he was a tenacious getting after opposing shooters in the paint.

How about you? Who are you picking for your best defenders to play under Jim Boeheim?