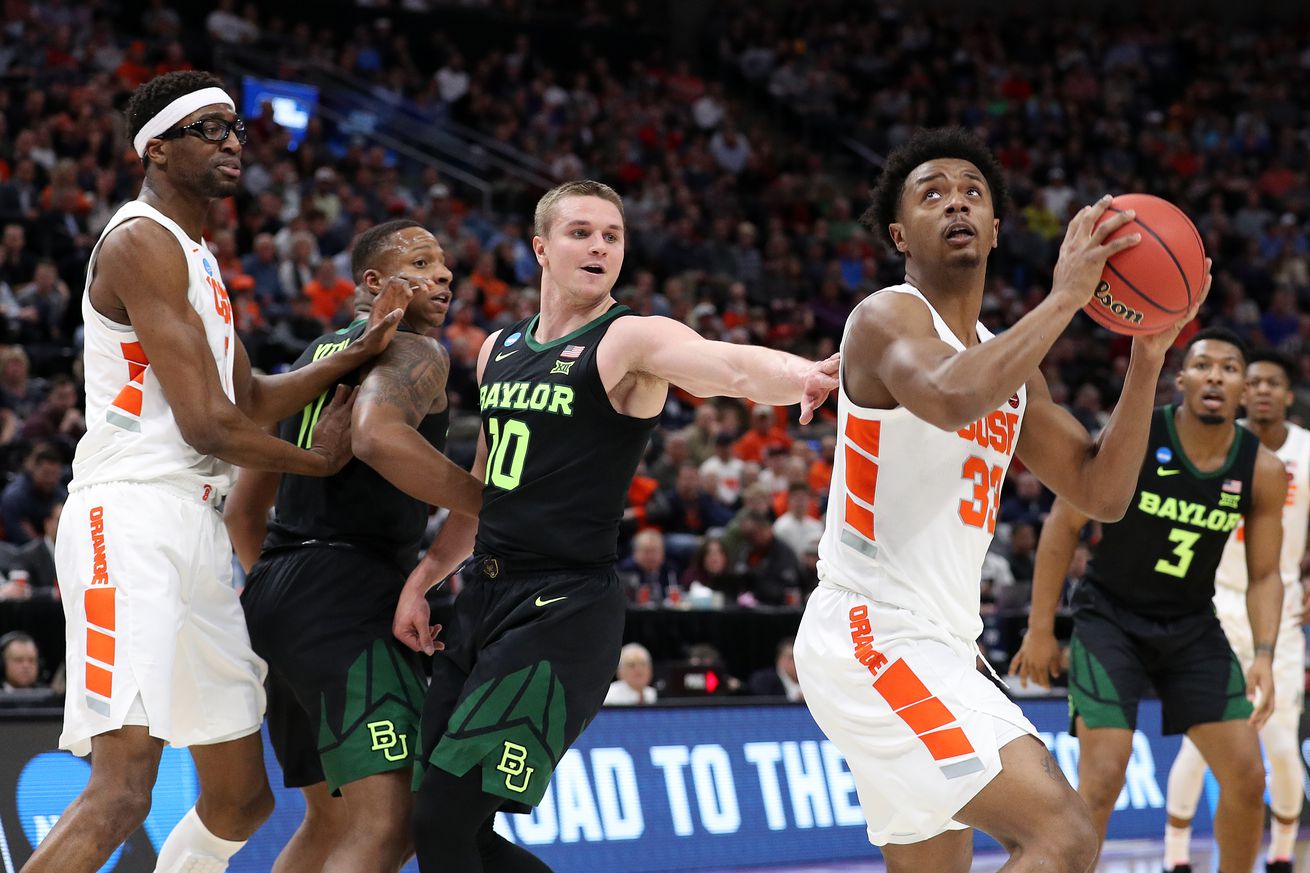 The wait is almost over for the Syracuse star

November 18th is the day it all goes down. Your annual NBA Draft will FINALLY take place. Which player is going where? Will your favorite team get better? We’re almost a month away from finding out. Let’s take a look at some teams that I believe will give Elijah Hughes the best opportunity upon getting drafted.

The most ideal situation for the Syracuse Orange alum would be getting selected by a team that can fit him into the rotation sooner rather than later. Teams like the Charlotte Hornets and the Sacramento Kings who hold the 32nd and 35th picks respectively. It wouldn’t surprise me if the Hornets take Hughes due to their lack of small forwards. P.J Washington has been the primary starter for them at the position. They finished 23-42 last year. Yikes.

According to David Colarossi of Fansided,

“They have the worst true shooting percentage and the worst offensive rating.”

Picking up an absolute baller who averaged 19 PPG, 3.4 APG, and 4.9 RPG while shooting 34.1% from deep and 42.6% overall for Syracuse (via ESPN) won’t hurt, right? I can see the New York native flourishing in this situation because the Hornets are one of the most youthful teams in the league. They’ve also been growing and improving together all last season. There’s no doubt they will give him an opportunity within the rotation.

A team that showed some potential compared to previous years was the Sacramento Kings. With key players like Bogdan Bogdanović and Harrison Barnes along with their youth of De’Aaron Fox, Marvin Bagley, and Buddy Hield I see them picking up another offensive small forward too. Harrison Barnes, Jabari Parker, Corey Brewer and Kent Bazemore are the current small forwards on the team, but Parker has been injury prone throughout his whole career. Corey Brewer is aging. I have much respect for both players, but if the Kings want something to look forward to in the future, Elijah Hughes is your guy.

The most unlikely option I see for Hughes would be getting selected as the 29th pick to the Toronto Raptors. Nick Nurse will be like a kid at the candy store if he gets his hands on a player like Hughes. He fits the Raptors offense well by being a shot creator himself and having a three point stroke that is still improving. More importantly he gives Nurse another ball handler off the bench. The only thing I’d be concerned about would be his man defense. Coming from a program where zone is heavily relied on can seriously hide a player’s ability to play man defense. I don’t see this as a problem though moving forward because Hughes will have time to elevate his game on that side of the floor.

If he is given a two way contract similar to Oshae Brissett, a former Orange, he could develop on the Raptors 905 while staying ready to be called up. In the past, products like Fred VanVleet, Pascal Siakam, and Chris Boucher came out of taking this route.

Elijah Hughes has a long way to go. Coming into the draft, teams are hesitant about selecting him mainly because he needs to polish his ability to finish in traffic, play man to man defense, and take care off the ball by avoiding turnovers. The brother is only 22 years old so let’s see if that will change. If it does he’ll be a desirable player by many teams for years to come.