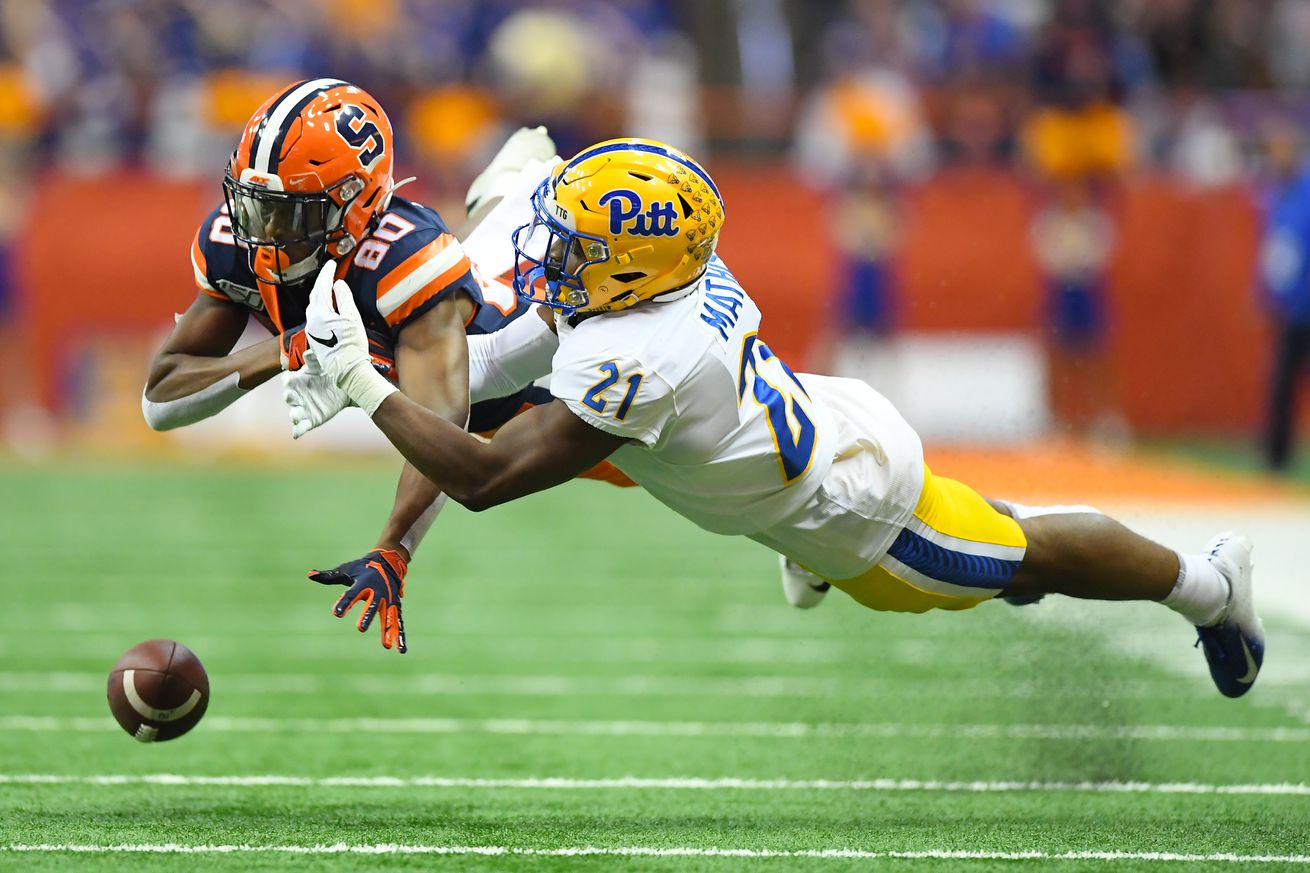 Unfortunately, don’t have an image available of the game you REALLY want to watch this week.

We’re literally a couple weeks away from actual, live Syracuse Orange sports appearing on television. That’s great news. But in the meantime, we’re still watching replays. There’s a few of those on TV this week… and they’re all against Pitt for some reason.

Below is the list of what you can watch. May add a game you don’t want to watch (Syracuse vs. UConn in 2011) if we get some clarity on whether that’ll be on ESPNU come Saturday or not. ESPN’s programming guide says yes, but the channel guide on DirecTV says no…

Anyway, here’s a quick rundown on where to watch ‘Cuse:

Someone at the ACC Network likes watching this 27-20 Orange loss, but we certainly do not. Maybe tune in for parts of the second half to see a functional offense.

… And MORE Syracuse vs. Pitt? At least this one’s a win and it’s a Troy Nunes game. The Panthers showed up to the Dome at 4-0, while SU was 2-2, but ‘Cuse pulled off the overtime win on a Nunes-to-David Tyree connection to win 24-17. It was Syracuse’s 10th straight win over Pitt, which seems like a misprint given what’s transpired in the 20 years since.

Yes, the season’s still scheduled to start in just a couple Saturdays, so the ACC put together a whole preview episode. No predictions here, however, that’s next week.