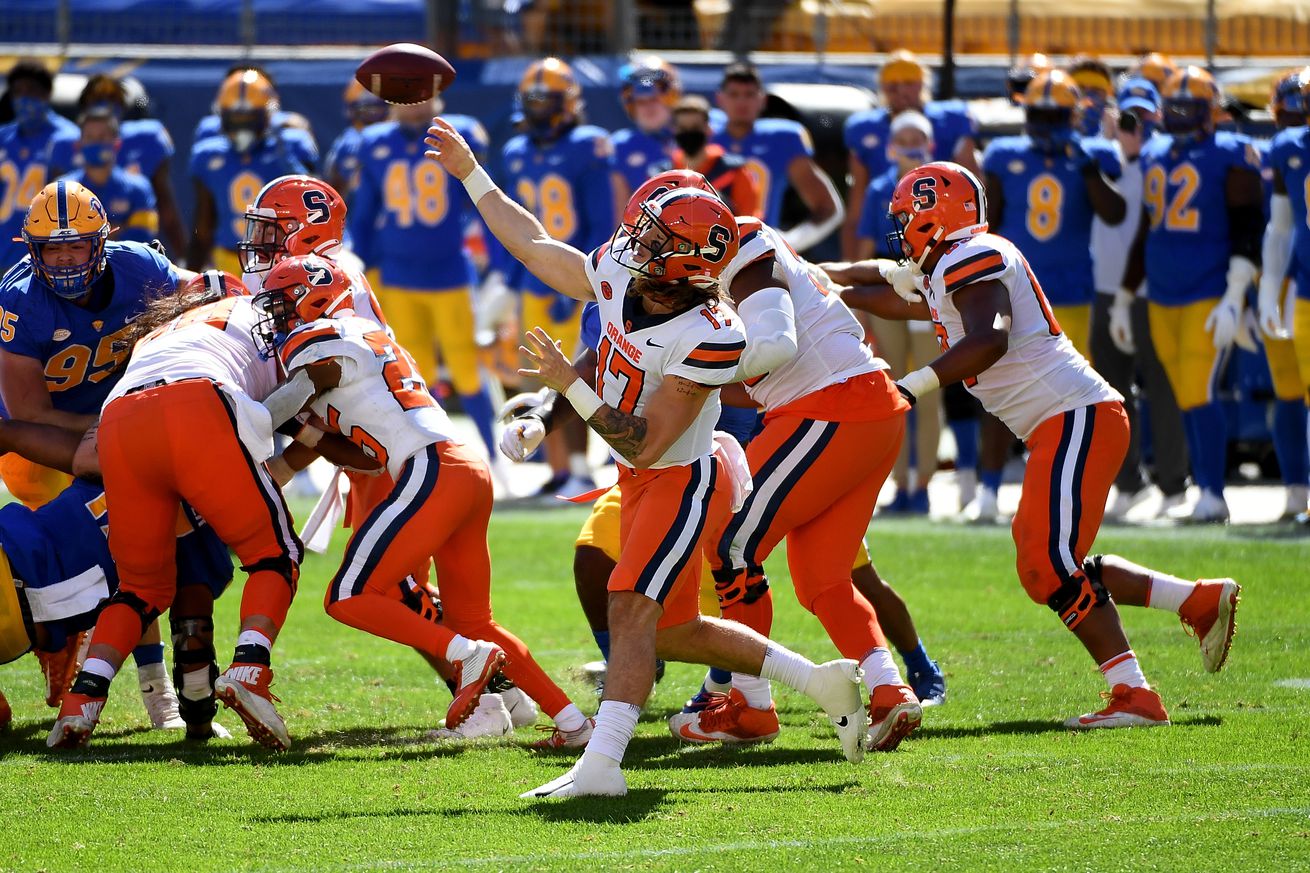 Each week, we’ll take a look at what other college football media sites are saying about the Syracuse Orange. Let’s look at the damage after the Orange’s loss at Pittsburgh

In this week’s SP+ rankings Syracuse slides down to the 75th spot in the rankings between the Air Force Falcons and Florida International Panthers. This week’s opponent the Georgia Tech Yellow Jackets are in 51st.

The Football Power Index drops Syracuse to 70th between the Western Kentucky Hilltoppers and Maryland Terrapins. Georgia Tech is 45th in this week’s FPI.

Syracuse drops the bottom in this week’s ACC Power Rankings. The Orange are behind the the Florida State Seminoles while Georgia Tech holds the 11th spot this week.

In the CBS Sports power rankings Syracuse drops to the 55th spot this week between the Tulane Green Wave and the Vanderbilt Commodores. CBS has Georgia Tech ranked 40th this week.

Syracuse drops five spots to 57th in The Athletic’s Top 76 Power Rankings placing them in between Wake Forest and UTSA. Georgia Tech is ranked 34th this week.