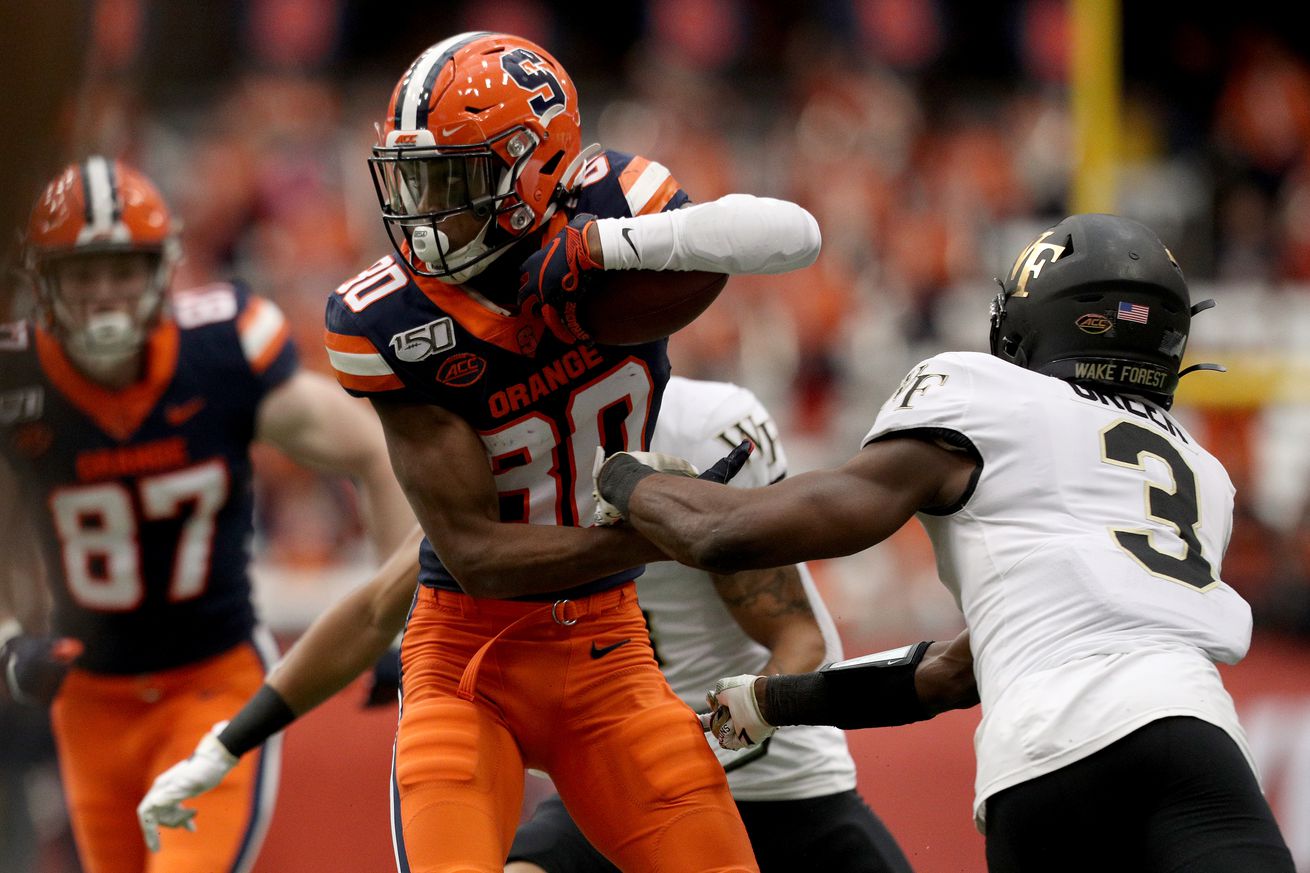 Each week, we’ll take a look at what other college football media sites are saying about the Syracuse Orange. We know the Orange were picked 14th in the ACC Preseason Poll but let’s see what things look like elsewhere as we get ready to start the season.

In this week’s SP+ rankings Syracuse starts off in the 87th spot with the offense up a spot to 82nd while the defense ranks 90th. The North Carolina Tar Heels begin the season in the 18th spot.

The Football Power Index has Syracuse ranked 57th between the South Florida Bulls and Louisiana Bulldogs. UNC is 18th in this one too

Syracuse starts the season 12th in the first edition of the ACC Power Rankings. The Orange are behind the Boston College Eagles and ahead of the Wake Forest Demon Deacons.

In the CBS Sports power rankings Syracuse starts in the 50th spot between the Southern Miss Golden Eagles and Boston College Eagles. CBS has UNC 12th this week.

The opening rankings put the Orange at 49th in The Athletic’s Top 130 Power Rankings keeping them in between Louisiana Tech and the Duke Blue Devils. UNC is ranked 16th this week.

The first poll from both national rankings included all FBS teams but future rankings will only be for schools playing this Fall. North Carolina ranked 18th in the AP and 19th in the Coaches poll while Syracuse did not receive any votes in either.