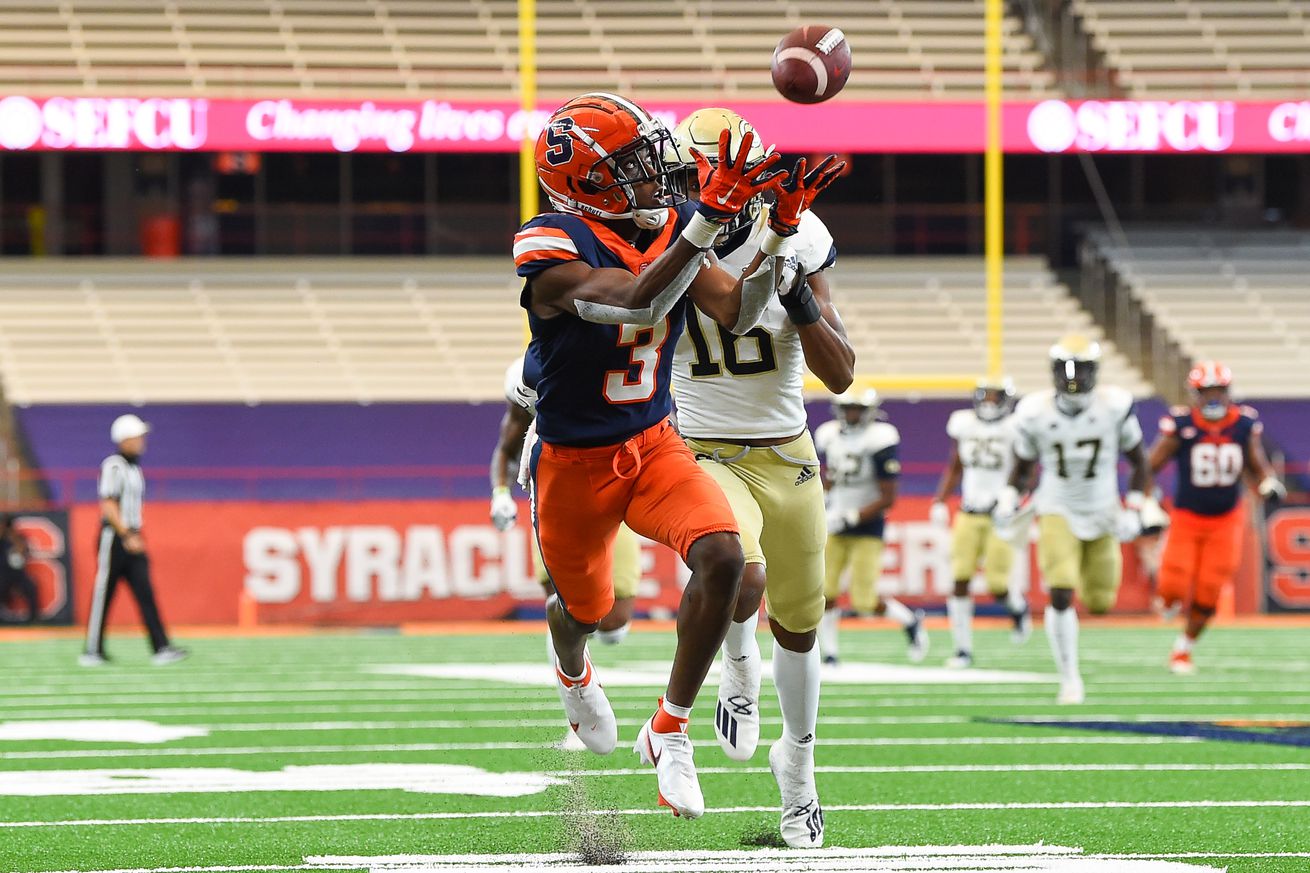 This week should be much better than last

Each week, we’ll take a look at what other college football media sites are saying about the Syracuse Orange. Are things looking up after Syracuse’s win?

In this week’s SP+ rankings Syracuse slides down to the 89th spot in the rankings between the Navy Midshipmen and Toledo Rockets. The drop is mostly due to the return of the Big 10, Pac 12 and MAC to the rankings. This week’s opponent the Bye University Fightin’ Byes are at the bottom of the rankings.

The Football Power Index boosts Syracuse to 66th between the Rutgers Scarlet Knights and Duke Blue Devils. Bye U is also last in this week’s FPI.

Syracuse moves up to 11th in this week’s ACC Power Rankings. The Orange are behind the the Boston College Eagles and ahead of the Wake Forest Demon Deacons.

In the CBS Sports power rankings Syracuse rises up to the 50th spot this week between the Liberty Flames and the Tulsa Golden Hurricane. CBS has Bye U ranked last this week.

Syracuse jumps up 17 spots to 40th in The Athletic’s Top 76 Power Rankings placing them in between NC State and Georgia Tech. As with the other polls, Bye U is at the bottom.