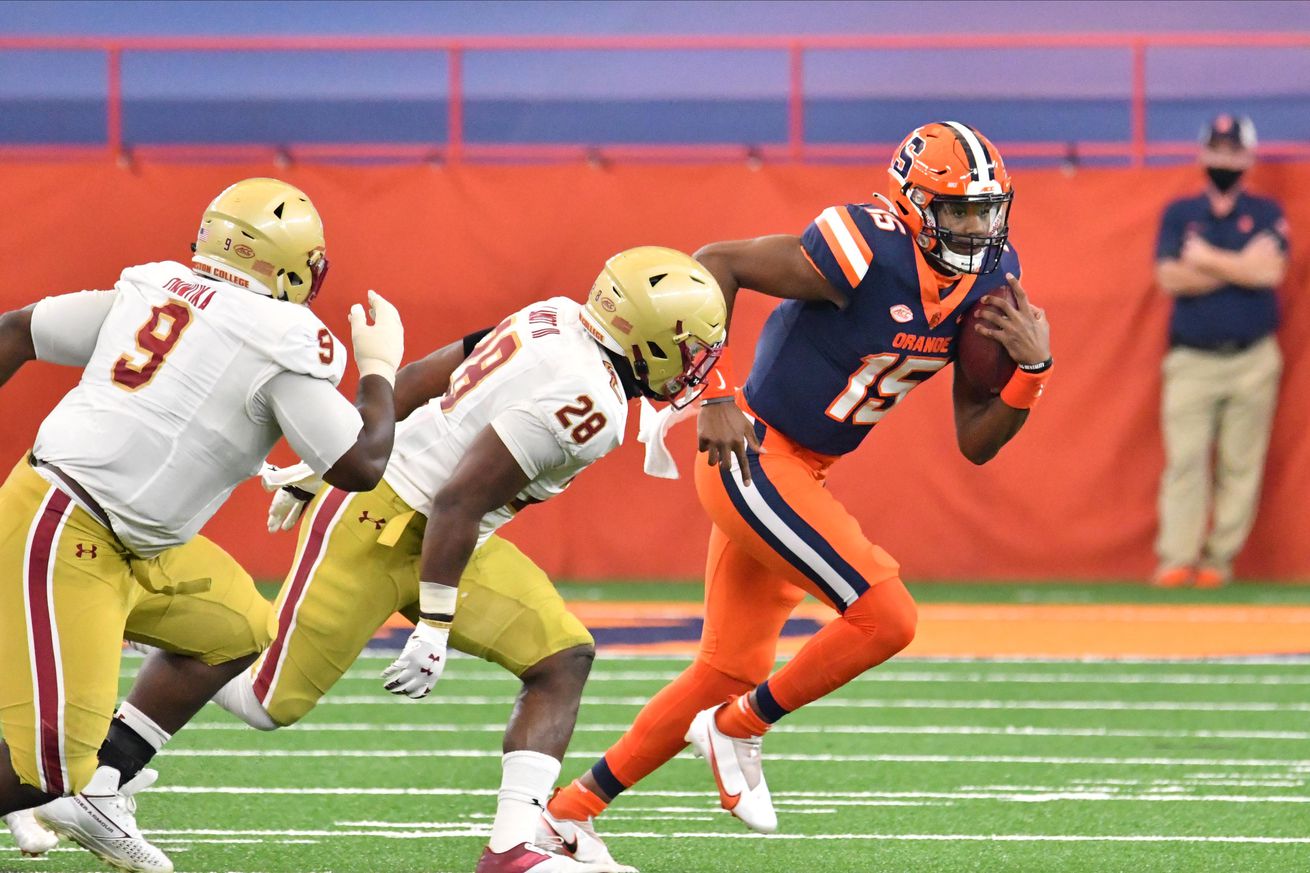 Does the bye week change any national perceptions?

Each week, we’ll take a look at what other college football media sites are saying about the Syracuse Orange as we head into the second bye week of the season.

In this week’s SP+ rankings Syracuse moves up four spots to 106th in the rankings between the UTSA Roadrunners and Rutgers Scarlet Knights. This week’s opponent the Louisville Cardinals are ranked 38th off the strength of their offense which is 15th in these rankings.

The Football Power Index pushes Syracuse up two spots to 94th between the Georgia Southern Eagles and Rice Owls. Louisville is 46th in the FPI this week.

Syracuse stays at the bottom in this week’s ACC Power Rankings while Louisville is in 11th. The Cardinals are also dealing with the loss of key players as running back Javian Hawkins announced he was opting out.

Thank You @vincetyra & @UofLPresNeeli for allowing me to showcase my talent here at big red! Toughest Decision I’ve had to make in a while, it has been nothing but a blessing and my heart will forever be here in Louisville ❤️ ❤️#L1C4 pic.twitter.com/YSQRuwsFdb

In the CBS Sports power rankings Syracuse moves down four spots to 103rd this week between the Colorado St Rams and Rice Owls. CBS has Louisville 81st this week.

Syracuse drops five spots to 103rd in The Athletic’s Top 126 Power Rankings between the Western Kentucky Hilltoppers and Temple Owls. Louisville is 92nd this week.

No votes (obviously) for Syracuse or Louisville