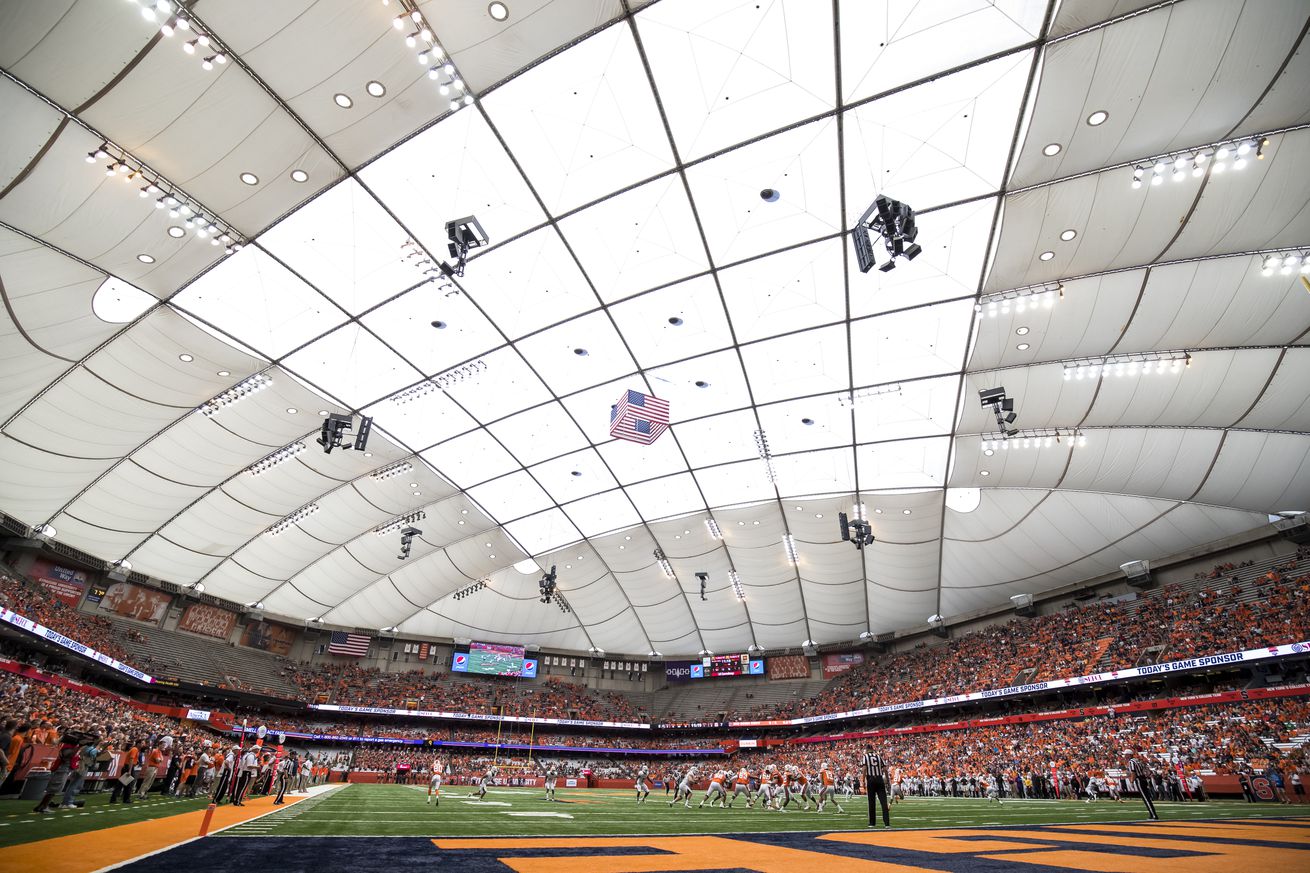 This week, Syracuse revealed they’d like to see the renovated Carrier Dome — which, hey, check out the new roof — used as a student study space and classroom in the future. As far as ideas go, that’s actually not a bad one. Given how much room stadiums take up on campuses and in cities around the country, multi-purposes facilities that serve larger communities is a notion that’s gaining steam. So why not at Syracuse too?

They don’t get into specifics around which classes could take place inside the Dome (and specifically, Club 44), but we had a few potential options. Some

What better place to learn about architecture than one of the former marvels of the Eastern Seaboard? No, it’s not really a dome anymore, but teaching young architects how to create domed structures from INSIDE said structure seems like a worthwhile investment… to me, a non-architect.

Yeah, you probably took that one-credit beginner course because your significant other wanted you to. But what about upping the level of difficulty by dancing around the Dome? Try dancing around the stairs, the troughs, the narrow concourses of the building. This seems like an interesting way to get students more invested in the art.

In this case, you’re only appreciating Dome Foam — a challenge in and of itself. You’ll also be put through physical challenges like balancing two or more cups without spilling, and timing beer runs correctly during crowded games (these will be simulated with mannequins this season).

Here, you’ll sample all the Dome culinary fare and write a dissertation on Dome Nachos. Students will also be tasked with the pressing question of whether you have pretzels with cheese or mustard, and why.

Perhaps this is more of an advanced course. But students will be given the virtual blank slate of the Dome’s bad Wi-Fi and spend the semester fixing it. The press will celebrate any positive result that could come about.

What other real or fake courses would you hold in the Dome? Share your own picks below.