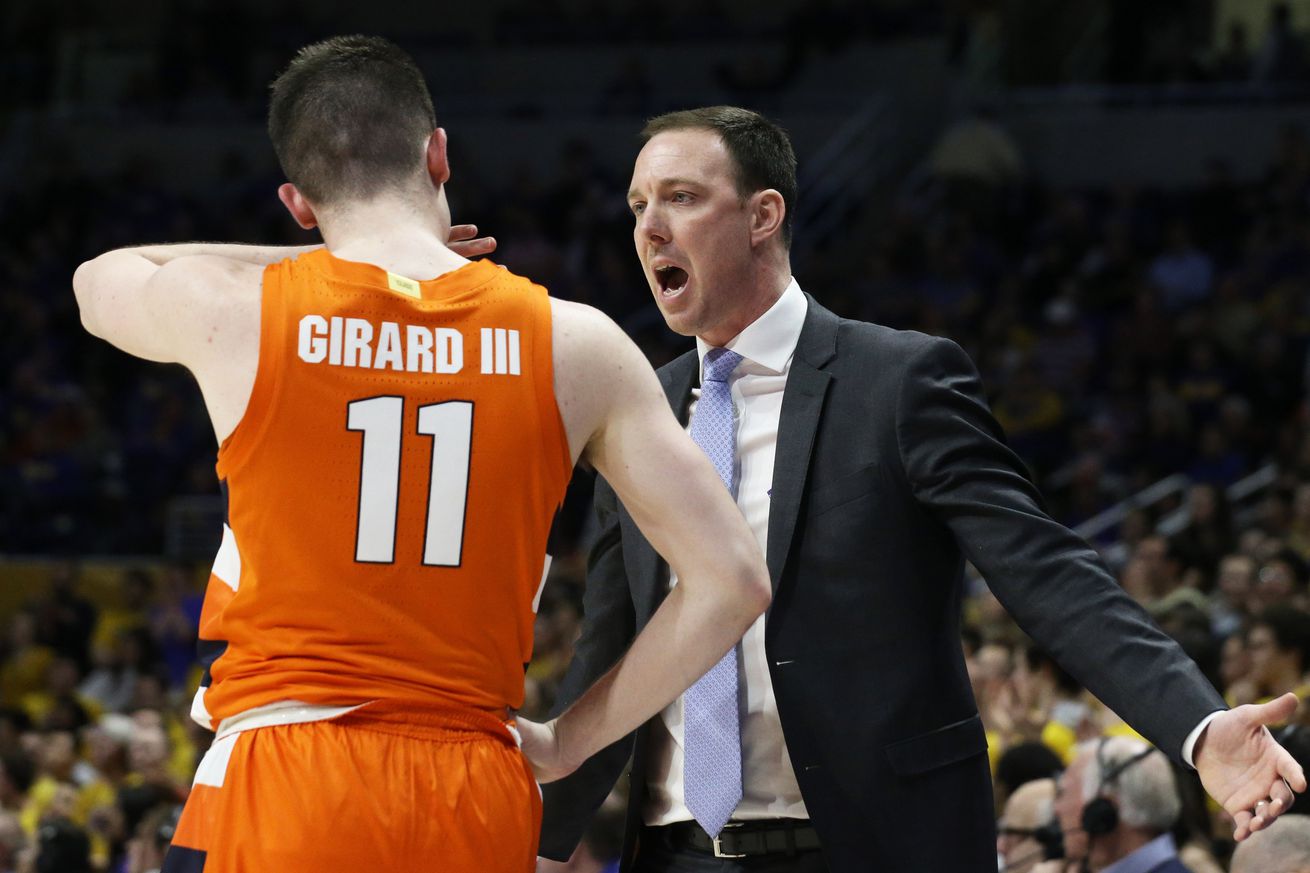 Sanctions are over so how does Syracuse build a title contender

After the Syracuse Orange announced that the final men’s basketball scholarship for the 20-21 season would be used by Chazz Owens we had a discussion on our Slack channel about the type of players Syracuse should be recruiting beyond the obvious path of recruiting five-star talent.

Now that the Orange are back to their full complement of scholarships it will be interesting to see how the program moves forward. If we go back to the 13-14 season we saw how the early departure of Tyler Ennis seemed to set in motion a series of events that has seen Syracuse dealing with consecutive seasons of double-digit losses. After the departures of Elijah Hughes, Jalen Carey and Brycen Goodine the Orange enter this season with a roster that seems to lack star power. Does it have enough depth to get Syracuse into the NCAA Tournament?

So how does Jim Boeheim and his staff approach the turnaround? Clearly an early commitment from Class of 2022 standout Dior Johnson is a great moment for the program, but his arrival is still two seasons away and we’ve got time and potential NBA Draft changes between now and then. Johnson’s commitment draws attention from other big-time recruits for the next several years and getting an early decision from him could help the Orange fill out next year’s class, which projects to have one more spot (but let’s be real someone else will be leaving before 2021 tips off). Boeheim himself has said that he doesn’t like to enter too many recruiting battles with the Kentucky Wildcats or Duke Blue Devils so I wouldn’t expect the Orange to try and turn over the roster with one and done players each year. On the other hand you certainly need talent to win so getting the best players is never a bad idea. Landing a player who rises in the rankings like Benny Williams is also a pretty good strategy.

What about following the approach of the Villanova Wildcats and Virginia Cavaliers? Those schools are still turning out NBA players but they are usually getting 2-3 years from them first. This not only allows for the players to develop, it also means the chemistry will develop which we know is important for the Syracuse zone.

Would you believe me if I told you that Syracuse already seems to be recruiting like those two schools? We saw Tyus Battle, Elijah Hughes and Oshae Brissett spend multiple seasons in Syracuse before leaving. This year’s roster might seem to be thin, but what if Carey and Goodine stayed? Look at this position depth:

I took out Owens and Frank Anselem from this group to make the numbers work but what do you think of that roster? To me that’s not only a NCAA Tournament team, it’s one that’s likely Top 20 in the pre-season and a group that would bring a lot of different looks on both ends of the floor. The duo’s early departure gets added to the list of sooner than expected losses that Syracuse has faced in recent years.

We can only speculate about what led to the departures of Carey, and Goodine but their loss could be significant on the defensive end as both players seem to have been recruited for their length and athleticism. Both of those guys struggled to do a lot offensively and decision-making seems If Syracuse is going to recruit for the 2-3 zone then they can’t afford to lose two top 100 recruits without having replacements ready to go unless they are ready to hit the transfer market which Jim Boeheim did very successfully with Elijah Hughes.

Adding Allan Griffin should help the Orange offset the losses but depth in the backcourt is a concern. The success of the 20-21 season could rely upon big improvements from Buddy Boeheim and Joseph Girard III in the areas of defensive coverage and ball-handling. We know they can both score but without Hughes can this year’s perimeter trio provide Syracuse with the efficient offense they might need to overcome the defensive issues?

I’m going to go further in-depth on the post position next week but I will bring this one to a close by saying that maybe Syracuse’s recruiting strategy hasn’t been the issue. The problems have arisen when the players haven’t been in town long enough to maximize their abilities. Perhaps the biggest part of recruiting restrictions being lifted isn’t the scholarships it’s the time on the road to allow the Syracuse staff to build better relationships with players. These relationships might lead to less roster turnover than we’ve seen and developing players could allow Syracuse to fare better in ACC play.