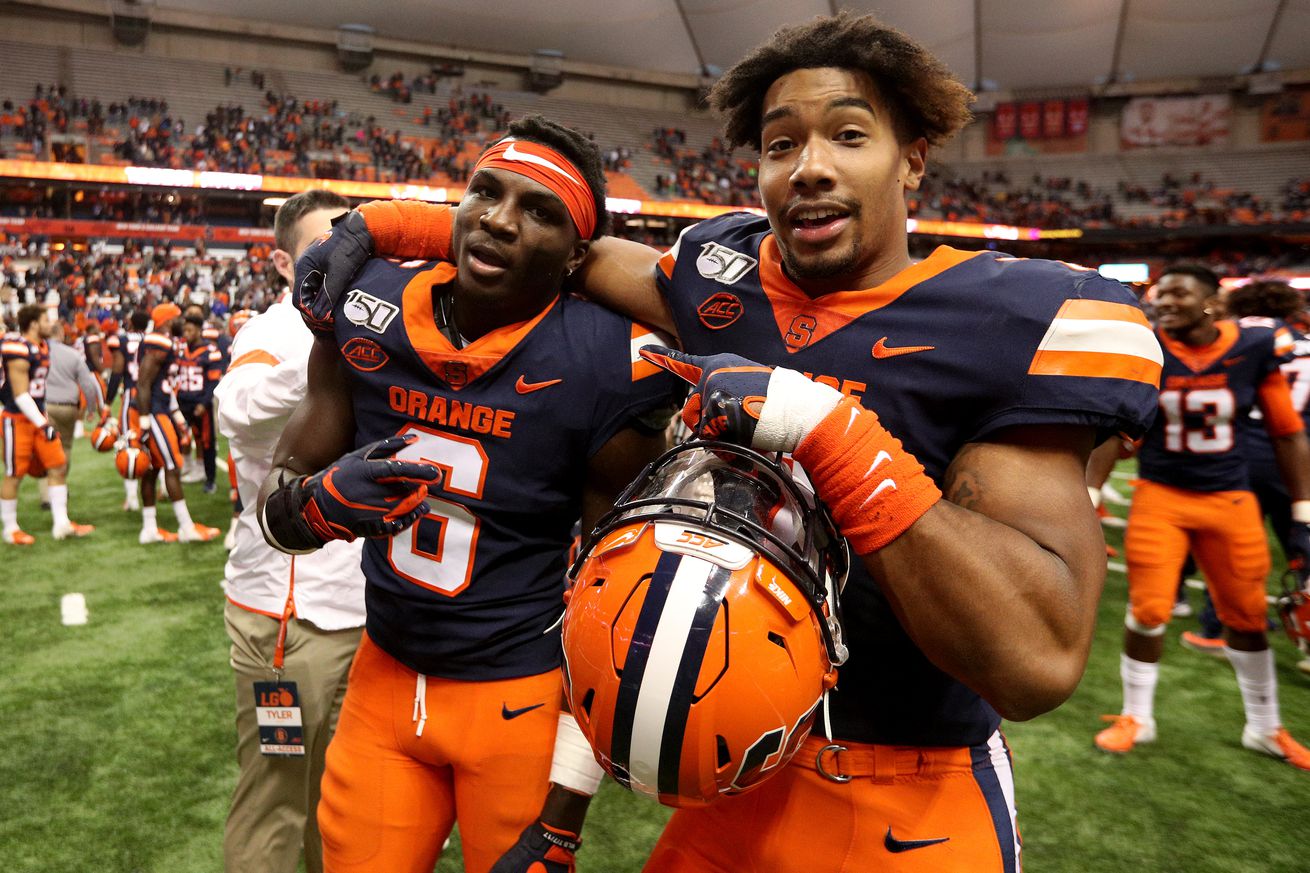 Marvel does it, why can’t we.

With the recent information coming out about where some of these defensive players have been practicing in the current Syracuse Orange preseason camp, my brain got moving. With the new defense, there’s some wrinkles that are being introduced.

The addition of the rover position changes what the secondary will be looking to do in a few different ways. In the past, you had a traditional free safety/strong safety/nickelback secondary when we were trotting five defensive backs out. The nickel would function primarily as a flex defensive back, either in coverage as a third cornerback or a more free role as a safety. The rover seems to push more as a hybrid linebacker/strong safety that is a much more direct but unpredictable role.

As noted by Eric Coley, he and Andre Cisco have swapped positions, putting Cisco at the rover and Coley at the strong safety position that Cisco has made his own over the last two years. It’s been noted that Trill Williams has also been working inside, after being named the starting cornerback. That puts three playmakers, all fully capable of playing in the rover slot, with Aman Greenwood or Neil Nunn playing over the top.

This all said, what popped into my brain was the use of the free safety as a truly pass oriented always over the top safety, and both the rover and boundary safety being hybrid positions, on the field at the same time. It would almost function as a 3-5-3, putting the emphasis on quick reactions and the ability to read an offense. We already know Cisco is fine on that front, and it seems Coley is right there as well.

The flexibility that would provide, with two people, no matter which of the three, as hybrid roles with a run-focus, but the ability to read a pass and react, could be a very different look that could put the Orange defense in a beneficial position. If one or both of the rovers are covering the run as well, it opens up potential stunts from the linebackers as well.

Similarly, if you bring Trill back inside, it creates a pass look that also allows you to attack the run. While he’s a good enough cover man to play corner, he’s shown he’s more than able to bring it in the middle of the field as well. If you need a pass focused down or look in general, the ability to pull him in while adding another true corner on the outside again changes the look dramatically.

The diversity of this defense seems to allow for a ton of flexibility based on whatever the current matchup is, which is just one more reason to see what Tony White is installing this season.