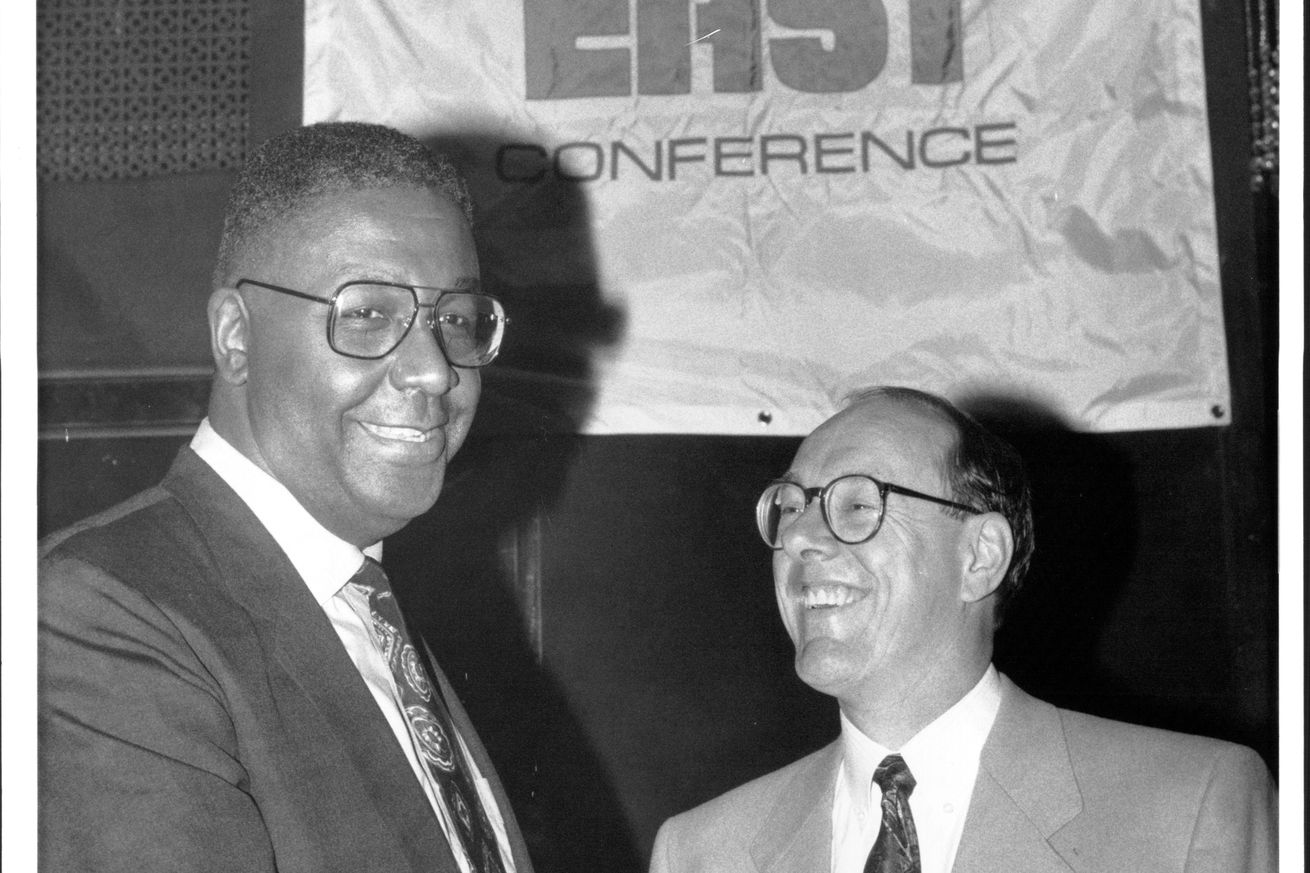 Lessons learned from someone I never met

This isn’t an obituary for John Thompson. This also isn’t a eulogy for Big John, because a man as emotionally anchored and physically domineering requires no memorial. Thompson will cast a shadow, in some form, for as long as there is light. If we’re being honest, I’m not exactly sure what this is, because it’s kind of about me. And about how John Thompson influenced my head and heart without either of us existing in the same 10-feet of space.

I. IT DOESN’T ALWAYS MAKE SENSE AT THE BEGINNING

January 16, 1999. This was supposed to be the first Syracuse-Georgetown game that I would watch as a Syracuse student. Having grown up a Big East fan, Orange-Hoyas was always a thing in my brain but feeling the rivalry for the first time as a student – paying to hate! – was a completely different trip. Georgetown was mediocre in 1998-1999, and Syracuse was only a shade better, hovering around the back end of the Top 25, but there was a real anticipation for the only regular season meeting between the two league cornerstones. You had to care, if only because handing Big John a fat “L” validated the universe’s ability to yield justifiable results.

Yet, that moment was stolen from me. I was robbed and never made whole. John Thompson got up and resigned on January 8, 1999, installing Craig Esherick as his hand-picked successor. He took from me what others were able to revel in and the hardest part was that you knew that this was a decision without the possibility of reversal. I never got to watch Syracuse-Georgetown as an affixed Syracuse fan with both John Thompson and Jim Boeheim howling on opposing sidelines. This was collateral damage that Big John never gave a damn about, nor should he have spent even a microsecond conflicted about it, but it stuck in the pit of my chest as a personal affront for which forgiveness was impossible. I was tacitly promised years of Orange-Hoyas, watching the feuding kings of the conference fighting for contested territory, and the deal was broken.

This was my entrance into the Orange-Hoyas Conflict, and it was the result of Thompson choosing to do no more. I don’t discount the fact that this is insane, but it is. Also how John Thompson drilled himself into others, even if his action was that of receding, at least theoretically, into the background. The realization that Big John could have an impression on my life via an absence of active participation, though, changed how I thought about him – this was a man of consequence and permanence, regardless of Admittedly Stupid Basketball Stuff.

II. YOU’LL KNOW WHEN IT STARTS TO MAKE SENSE

John Thompson was, among other things, a man of courageous empathy. He was not perfect – none of us are, and Big John certainly had warts – but this was a someone that found the strength and determination to try and save Victor Page from himself. He saw within Allen Iverson more than spoiled goods and became a guiding hand for The Answer’s path. He was willing to bring to Georgetown, long an insulated community, Dikembe Mutombo, a Congolese giant with almost no English proficiency, and believed that he could succeed. He felt a responsibility to stand up to overt and latent racism, not because it served some selfish purpose, but because it was right. Thompson was frequently tagged as defiant and unrelenting, but his lack of submissiveness was borne of his belief in people. The method he used to express his unflinching compassion should never stain his benevolence.

Trying to understand these aspects of Thompson’s character was something that I frequently came back to while writing Hoya Suxa, a dead and buried site that used Big John as a recurring subject. How do you lampoon a valuable participant in the human experience, especially when you respect his foundational constitution? There is a conflict in this, and it’s not unlike how people tried, fruitlessly, to reconcile Big John’s beliefs and the manner to which he voiced them: it can seem, and even feel, irrational, but ultimately that apparent disagreement isn’t so much a collision of opposing forces as much as it is the unique vehicle that was Big John.

So, I wrote jokes, and it made me feel good because they were never actually about John Thompson or Big John’s core principles. The jokes weren’t intended to be mean as much as they were always about an imagined Thompson that could be contrasted against the actual John Thompson, a figure important to the betterment of others. That was the trick: the John Thompson illustrated in increasingly odd ways on Hoya Suxa was an empty Big John, one with an inability to understand or co-opt the basic tenets of humanness, bearing little resemblance to the actual John Thompson, the patriarch of more than a basketball program.

I learned about myself while writing fiction about Thompson, and I hope it made me a better person. The man that quit his job and pushed me into the Syracuse-Georgetown rivalry imparted lessons upon me without us ever trading words. This is the residue of Thompson’s compassion, offering it to others when a connection is so tenuous that it is achieved only through an imagined creation. You don’t need to be perfect to have an impact.

John Thompson could never really let go. While his decision to resign was concrete, he never truly left Georgetown. His presence – first behind Esherick, then his son, and finally his eerie reflection in Patrick Ewing – was always known. Whatever his internal clock was telling him, it never rang the alarm that it was time to move to Florida and tend to a garden or whatever. He never lost his passion, his connection to people, or his desire. He was both a relic and a contemporary icon, a confluence of competing pressures. He could never fully extract himself, physically or emotionally, and this made his imprint both historic and current.

Despite Thompson’s effort to the contrary, you can’t fight forever. It doesn’t matter how hot, or for how long, you want the fire to burn. At some point the flame is going to go out. For John Thompson, he had no choice: death has the function of being definite, even in the face of 78 years of defiance. Big John took it right to the end, and his reasons for that are purely his own, of which I feel no place to ascribe judgement.

While writing Hoya Suxa, though, I learned and accepted what John Thompson fought against – you don’t lose something when you let go. Thompson’s legacy isn’t that he was there until the end, or that his drive could only be stopped by the reaper, or that he created a monster of a basketball program that resided at the least likely home for its ethos. It’s that, for some material part of his life, he did big, important stuff when it could have been easier to avoid the cost and pain of pursuing those efforts. It’s a complicated existence, but a necessary one. Life is better because John Thompson gave us himself, his imperfect but committed self, and that selflessness will endure.