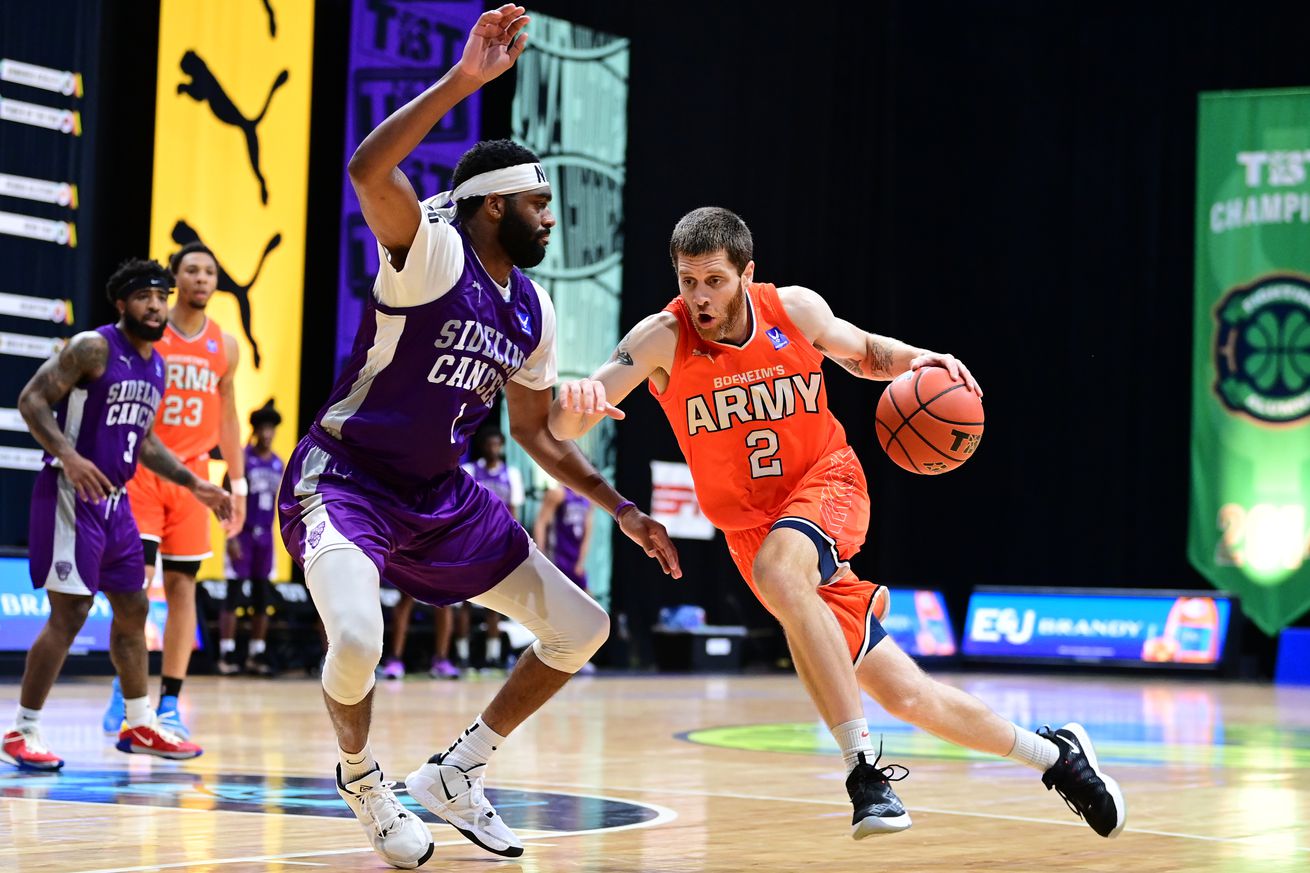 Another rough ending for the Syracuse alums

Each summer, Syracuse Orange fans get excited about Boeheim’s Army’s appearance in The Basketball Tournament. This year’s initial roster looked like the best opportunity yet for the team to make a run at the championship. But when Tyler Lydon and Chris McCollough were forced to withdraw right before the team departed for Columbus, it took away size and youth leaving BA thin in the middle.

After taking care of Men of Mackey in their opener, the Army struggled to get anything going on the offensive end against Sideline Cancer. Time and time again, offensive possessions turned into a lot of side to side dribbling and contested jump shots. The lack of ball movement was highlighted by Boeheim’s Army only recording 14 assists total in the two games.

The outstanding shooting we expected from players like Demetris Nichols, Malachi Richardson and Andrew White didn’t appear in Columbus. Boeheim’s Army shot 4-for-48 (!!!) on three-point attempts, and their inability to open up the lane made it tougher to get inside against the Sideline Cancer front court.

Boeheim’s Army (reasonably) decided to skip their pre-tournament camp in order to avoid a positive COVID-19 test, and perhaps this decision led to some of the offensive issues during the event. Only Eric Devendorf and Donte Greene averaged in double figures over the two games, with Devo serving as the only efficient offensive player in orange last week.

So what should we look for in 2021? Despite their struggles this summer, it’s clear why Boeheim’s Army would like to bring back Brandon Triche, Richardson and White next year. These guys can score and you need that in TBT. Devendorf showed he still brings the ability to get buckets and his competitive streak hasn’t waned. Gillon provides the team a player who can push the ball and get into the lane.

Many fans want a roster which includes players like Wes Johnson, Andy Rautins or Rakeem Christmas, but at some point I think we need to accept that those players are unlikely to suit up. Potential conflicts with NBA Summer Leagues will keep Tyus Battle, Tyler Ennis and Oshae Brissett from joining, so where does GM Kevin Belbey turn to next?

An area of focus would be to use some of the roster spots to get younger and more physical inside. Greene and Nichols competed hard when forced to play out of position at the 4 and 5, but that’s where Boeheim’s Army could use some additional help next year. Getting Lydon and McCullough back would be a help as they bring length and versatility to challenge shots at the rim while being able to provide help on the offensive end. Michael Gbinije brings size on defense and another ball-handler on offense. It’s hard to play these games when your opponent can help off of one player consistently so the goal is to get a group that can make shots and get into the lane.

The shortened practice time made it too difficult for this year’s team to be an effective zone defense. Even with more time to prepare for next year, there’s good reason to suggest that Boeheim’s Army plans to play more man defense. Professional players are too good on the offensive end to expect them to settle for bad shots against a 2-3 zone. Sideline Cancer used former Pittsburgh Panther Jamel Artis in the middle to beat the defense and as we talked about flexibility on offense, it’s just as important to have players who can guard multiple positions on defense.

Fans shouldn’t get too caught up on this weekend’s loss. It was a challenging situation and certainly we saw more upsets in this year’s TBT due to the teams not being as prepared as they normally are. We hope that 2021 is the year when Boeheim’s Army can put together and hold onto their preferred roster and get enough practice to enter a more cohesive unit.

If you were putting together a realistic roster for next summer who would you include? Would you expand it beyond Syracuse alums? (obviously Colgate’s Will Rayman had some bright spots here and there) Would you try to include more veterans or look to play a younger squad? Let us know in the comments.