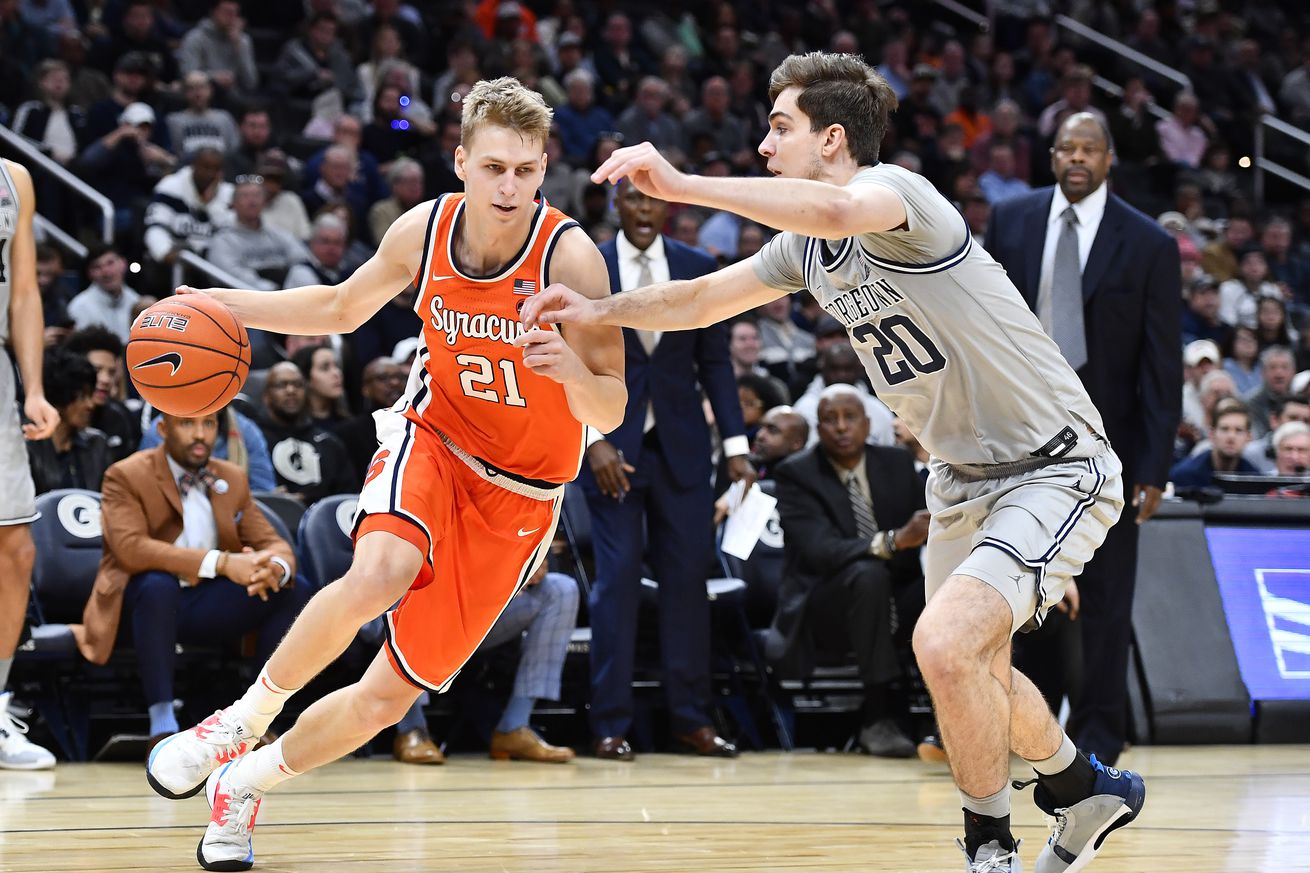 Plus a look at non-conference scheduling options overall…

Earlier this week, the NCAA issued some direction around the upcoming men’s and women’s college basketball seasons — specifically, how many games could be played. According to the announcement, teams will be allowed to play between 23 and 25 regular season games, and one multiple-team event of up to three games for the men’s team (four for the women).

So what could this mean for the Syracuse Orange — and in the case of this article, specifically the men’s team’s schedule?

We’re still not sure if the ACC will opt for a full 20-game conference schedule. But assuming they do, that’s already a lot of the schedule accounted for. As for the rest of the Orange slate, there’s the ACC/Big Ten Challenge — which may wind up in Orlando — plus the Gotham Classic, most notably. The Gotham Classic still hasn’t announced its plans, or if they’ll hold the full event vs.. just Syracuse and LSU in the main event. We have a game scheduled with Georgetown and others as well, but TBD on that.

If we assume Syracuse will need another 3-5 games, one potential option could come by way of this idea from Louisville coach Chris Mack:

As ESPN Syracuse’s Seth Goldberg points out as well, there’s a golden opportunity for the Orange to create their own “New York State Bubble.” Maybe you do a full event for 8-12 teams and have everyone play 3-5 games. Or you could invite five or six foes, and have Syracuse play most of them.

On Twitter, Eric Reinhold also thought up an idea of having two games going at once from the Dome, and televise both — since there’s no real crowd noise to get in the way. In that scenario, you’re looking at the bigger event too, potentially, putting a spotlight on the new Carrier Dome with a bunch of games on ESPN networks.

Assuming you make this a New York-only affair, here are your options to choose from for either size event (assuming every conference is active):

For Syracuse, the top choices for foes would probably be Buffalo, St. Bonaventure, Colgate, Cornell and St. John’s. If the Red Storm aren’t interested, you can opt for one of the lesser squads like Niagara or James’s alma mater, Marist.

A five-game event runs 10 days, with teams playing every other day. In all likelihood, these “bubble” formats are going to be the norm all season, so teams will have to be prepared to play in tournament-type conditions with games every other day for much of this year. That could actually help Syracuse too, if the zone is looking better than it did last season, since teams have less dedicated time to prepare for it.

What do you think of this bubble idea? Which teams would you like to invite for the Orange to play against? Share your own “Syracuse Classic” field below.