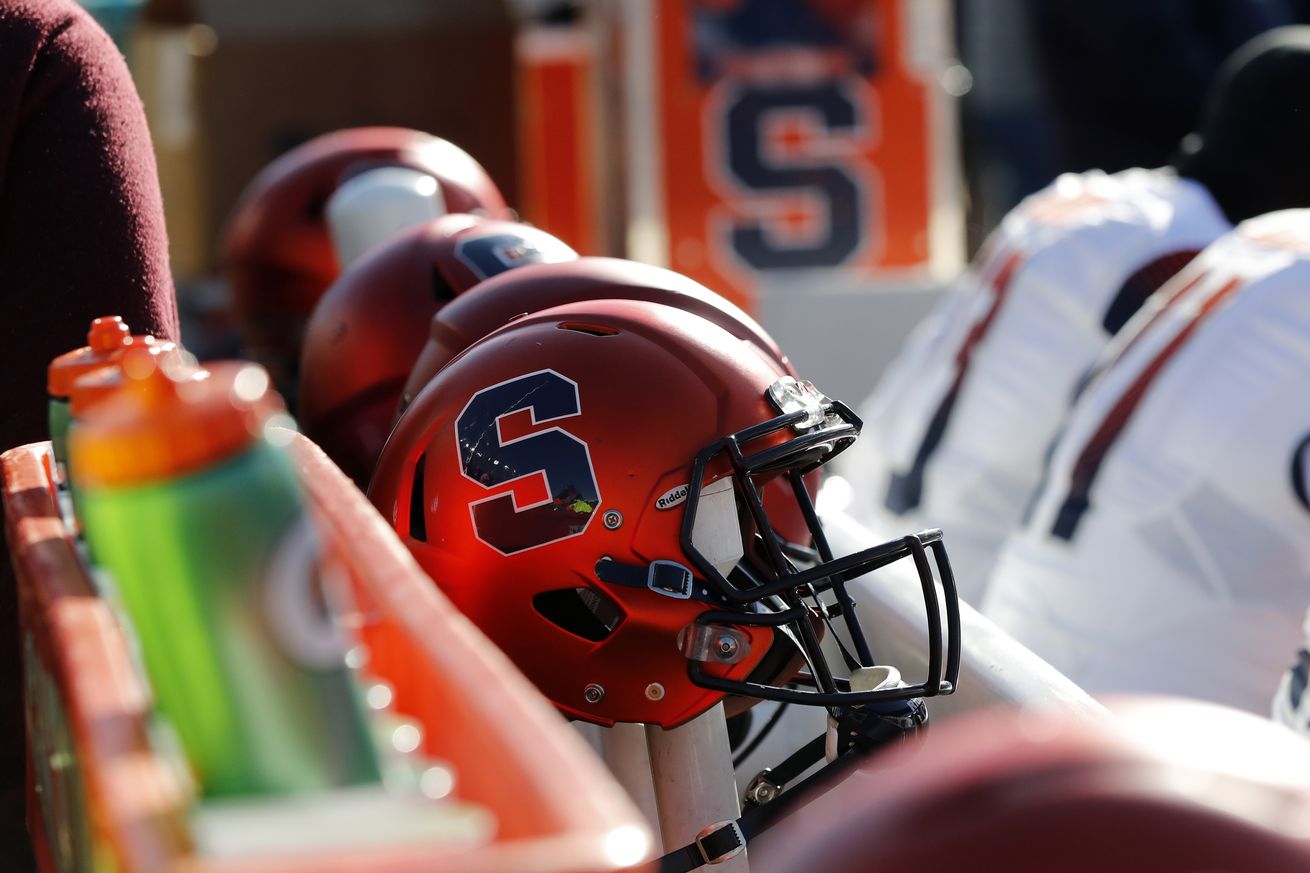 When the Syracuse Orange take the field vs. the North Carolina Tar Heels on Saturday, they’ll be wearing a new uniform combination for our current set, which debuted last fall. As the team posted on Twitter on Wednesday, they’ll use orange helmets with white jerseys and white pants.

Road whites for the opener on Saturday. pic.twitter.com/lgxq72YqZI

Though this is a first for this combination, we’ve obviously seen all of these elements separately before. Syracuse was 4-5 while wearing orange helmets last season, 2-3 in the white jerseys and 1-2 in the white pants. The Orange were 0-4 while wearing this combination in the old uniform set (2014-18). We ranked it No. 6 among possible options when the new duds were rolled out, which made it a surprise we didn’t see them in year one.

Refreshing your memory, we’ve tracked every SU uniform combination dating back to 2014, and will continue to do so this year as well. Last year, Syracuse wore seven different combinations on the field. The only ones that had a winning record were orange/white/orange (2-0), orange/blue/blue (1-0) and white/orange/white (1-0). No individual uniform element had a winning record, but two — blue jerseys and blue pants, respectively — went .500 on the year.

Like the look? Hate it? Wish we’d stop talking about laundry? Share your thoughts on the Orange’s uniform pick below.