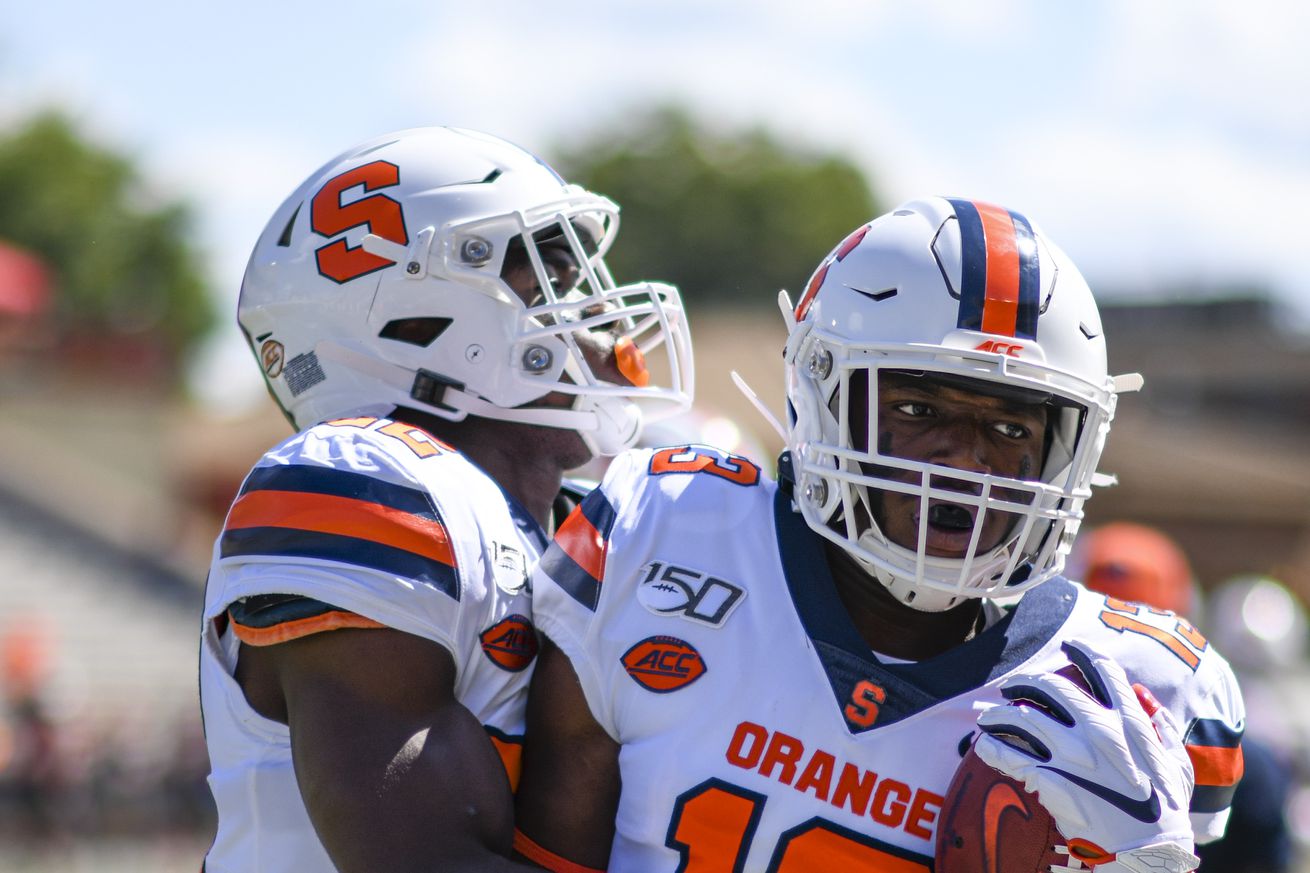 We’re never all that good at this…

Every year, the TNIAAM staff picks wins and losses for the Syracuse Orange football team right before the season starts, and every year, we’re pretty terrible at it. The years when we have faith, we’re sorely disappointed. And in the years when we expect nothing, we usually get something interesting. The whole experience is Syracuse fandom in a nutshell, really.

Still, these #disloyalidiots trudge on.

With the “Why Syracuse will finish X-X” series out of the way last week, here are our actual predictions for the 2020 season.

I want to have faith in what I think is a group of high ceiling young players that the Orange will trot out in 2020. I just don’t think I can muster that faith this year. Between a new coordinator on offense and defense coupled with an odd camp that roles right into conference play, I don’t think the Orange will have a chance to get their footing and establish positive habits week to week in a way that rolls into a winning streak. With all their road games being huge tasks, I can’t see any real path to more wins unless the rest of the conference takes a surprising downswing.

As always, assuming we continue to play this game through the eleven week slate, I’m opting for cautiously optimistic. The Orange are opening with two road games that I don’t think anyone would expect Syracuse to win, but will be solid primers for a good number of new faces in new positions, especially up front. Follow that up with the friendly confines of the Dome for a win to open the facility in this iteration against Georgia Tech. Duke is a coin flip that could get eeked out but I’m going to chalk up as a loss. Liberty if it’s played, should be a rout for another win, setting up a 2-3 overall record out of the gates. I’m not saying there’s no chance down in Death Valley, but even if there’s no crowd, I don’t see Syracuse coming out of that in one piece. Similarly, the road trip to Notre Dame should finish the season the same way, but that four game stretch between the two mentioned contains three potential home wins against manageable opponents. Even with the question marks, there’s still a chance.

Maybe I’m being too optimistic, but I can see a scenario where Syracuse wins every home game this season. Everyone including Dino knows how hard the road schedule is. Probably no point expecting a win outside of the dome. However, like many people have pointed out, there are so many toss up games this season, and with some pretty motivated and experienced players, there’s reason for hope in the friendly confines of Central New York. How that gets determined comes down to the performance of SU’s youngest units: running back and linebacker. If those areas of the Orange team don’t under-perform, perhaps above-.500 is not too far fetched. Or I’m being delusional and not leaving the house in six months has finally gotten to me.

Between the schedule, injuries and opt-outs it just seems like too much is working against Syracuse right now. We saw what happened last year with an unsettled offensive line situation and now with the same thing occurring plus limited practices and new coordinators it looks like a tough road ahead for the Orange. The positives are that this season can be used as an opportunity to get experience for younger players, to take aggressive chances in games and to build towards 2021. Fans need to be patient and not get too wrapped up in the record.

On paper, there’s certainly a lot stacked against this Syracuse team. But I believe there’s still some Dino Babers magic around, plus I think an improved pass game and what should be a better defense — despite the linebacker questions — are enough to earn a respectable number of wins. The changes to the secondary should create an even better ball-hawking group that covers the deep ball better, too. If the O-line can hold up (the biggest question mark), Tommy DeVito should put in the type of season we expected when he first joined the program. That doesn’t mean the season will be without issues. But the team will improve, even if the record doesn’t indicate it.