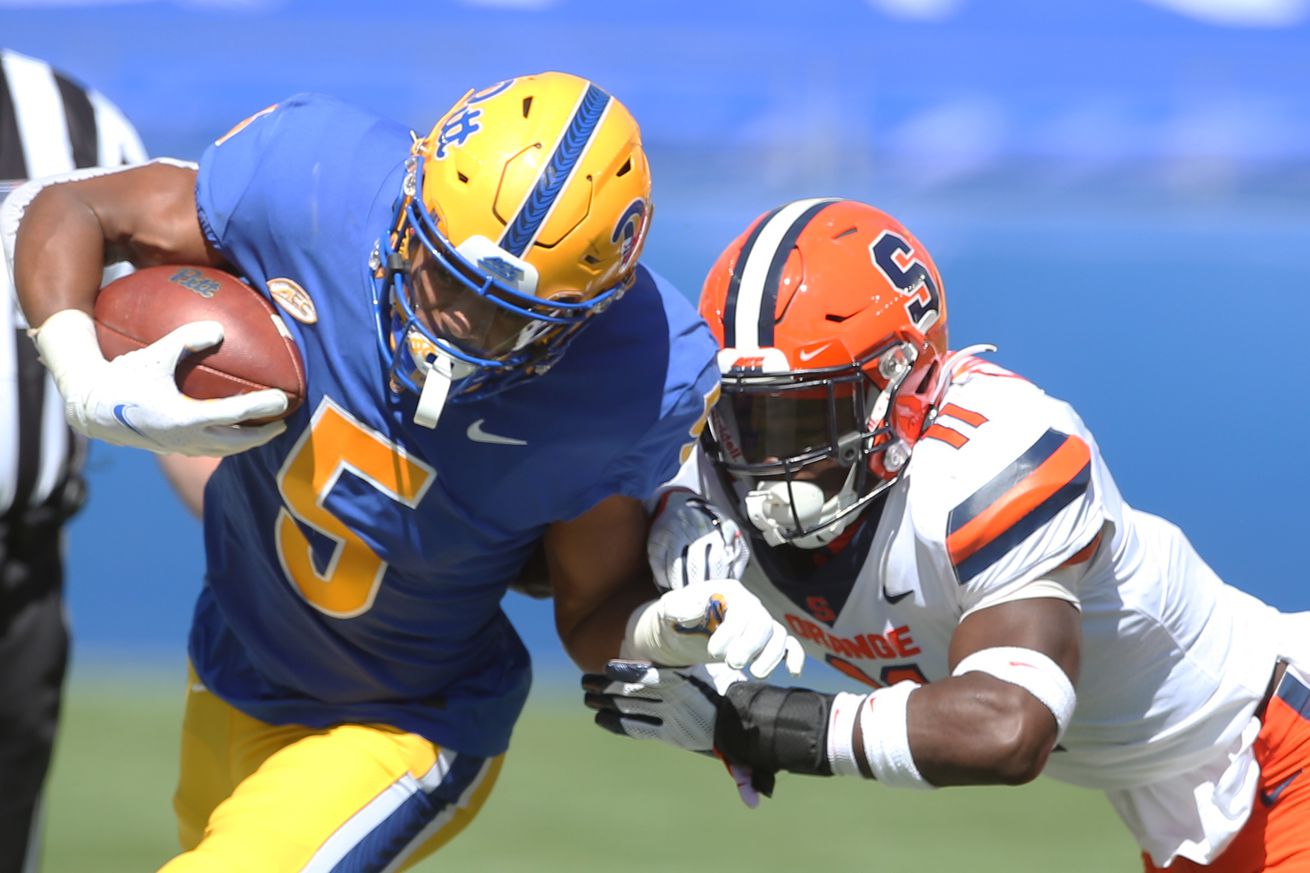 Definitely wasn’t pretty and there’s work to do.

The Orange defense kept the team in the game.

Again, the Orange defense were what kept the the team within potential striking distance for most of the game, similar to last week. Tyrell Richards made his return, Mikel Jones got his second pick of the year and as a unit, they constantly had Kenny Pickett under pressure. There were a few moments where you could tell that coverage was slightly under par or off kilter, with the two of the Pitt touchdowns being directly to seams in the zone coverage. Some of the zone-over also left the flats open on occasion, but overall a great performance by the defensive unit.

The linebackers had an exceptionally standout game, including Geoff Cantin-Arku, Marlowe Wax and Stefon Thompson in addition to the previously mentioned Jones and Richards. Both in coverage and rushing, they were active and seemingly where they needed to be all through the contest.

Early in the game it looked like the play calling had evolved a little, mixing in a few looks that hadn’t been seen and creating some space and yardage. With an offensive touchdown on the board, Syracuse found a way to get moving. It wasn’t consistent through the game, but there were moments where this looked like the offense that Syracuse fans have been pining for.

A few drives, Jawhar Jordan was having his way and the run game was moving the ball for a few first downs. Other times, they looked like the pass game was clicking a bit, but nothing quite found a rhythm.

The Orange were constantly looking for ways to cut down on third and long opportunities, but to no avail. They were very poor on third down, and most of those were in third and long situations. It didn’t matter the personnel, there wasn’t anything coming out of the offense. That said, while Rex Culpepper had his great touchdown throw, he also had issues on many of his other passes, including the potential late game drive where he struggled on any out routes he tried to throw.

Some wrinkles noted for the offense

A few things stood over the course of the game. With Luke Benson and Aaron Hackett showing up in the backfield, and rarely in the pass-catching positions we’re used to seeing tight ends, it raises questions as to whether they’re being utilized appropriately, with the talent we saw from them last season. Both were options, especially late season and gave DeVito the blow off valve that was needed.

The increased role of Sean Tucker also give some options to the run game. The 200+ pounder seems like he can add a little more of a vertical running game. Between that and the way Jordan was hitting the hole, there’s some things that may help improve that facet of the game.

Another loss to a ranked team, but the Orange return home to the Dome next week against Georgia Tech at noon.