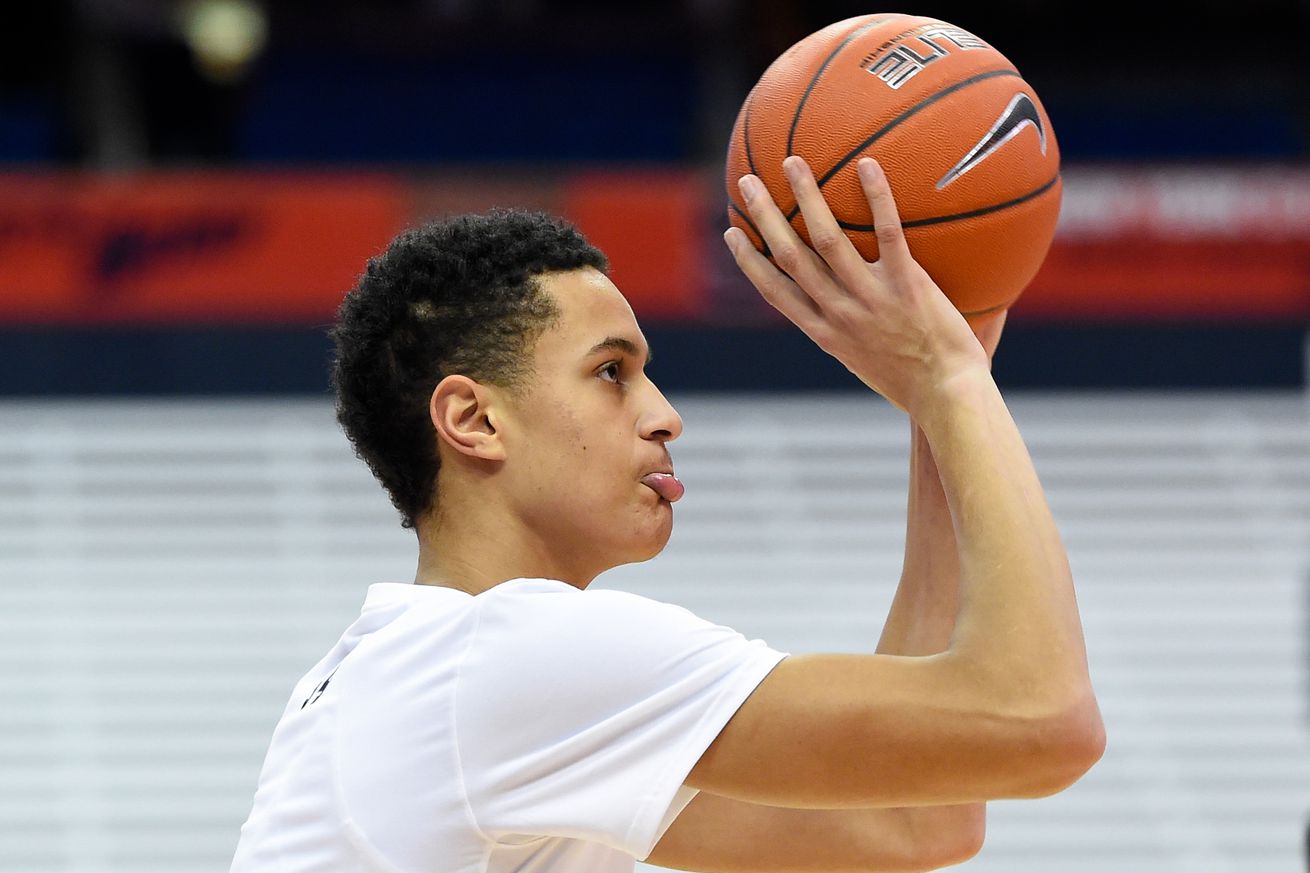 The game’s changed, and SU would be best served changing with it

The game is changing and it isn’t hard to see.

Bigs that can force the defense to come out and guard the perimeter are in high demand. In the NBA right now players like Draymond Green, Bam Adebayo, Nikola Jokic, and even PJ Tucker are a few examples of this. Offenses have been flourishing because of it. It’s the shooting ability of these players that is responsible. The paint is more open (of course due to lack of rim protection), there’s more spacing and there’s more open perimeter shots. Changes doesn’t stop there, either.

For big men that can pass well like Jokic and Green, they are able to add to that by facilitating a large part of the team’s offense. Nowadays, bigs are being asked to do more than just rebound and play defense. Why would I be highlighting this? Because the Syracuse Orange need to increase the role of the center on offense, while also looking for recruits that can do more than play the middle of the zone and rebound.

Over the years, Syracuse has had players at the five whose primary job was to do just that — including names like Baye Moussa Keita and Pascal Chukwu — and this has worked wonders for the Orange. Most of these athletes are usually post players that do not get many post touches.

Don’t get me wrong, Jim Boeheim is one of the greatest coaches of all-time and knows what he’s doing. But this just may be something the coaching legend should consider moving forward to spice it up, and improve what’s been a languishing offensive unit at times. When the big man is only rebounding and playing defense out there, it often leaves the offense to play 4 on 5. One player that was able to shoot from range for Syracuse at the position was Tyler Lydon. At times, he seemed unstoppable because of it. And with the center position evolving, why not adapt and lean more into something like that for SU’s future?

A center doesn’t have to be a great passer either, if he does decide to do this. As long as he can shoot consistently well and possess a good amount of range, that alone will give the offense more options and better spacing. If the center does have a great passing ability though, that would only make the Syracuse offense more dangerous.

On Bill Simmons’s podcast the other day, ESPN’s Jackie MacMullan had this to say about Bam Adebayo’s impact on the Miami Heat after going up 2-0 against the Celtics:

“Jimmy Butler doesn’t have to be their go to guy. Bam Adebayo is their best player. If Bam Adebayo plays well, they win. If he doesn’t, they lose.”

She later continued on by saying,

“We haven’t even seen the best of him yet. He’ll figure out how to put the ball on the floor. Someone will teach him a little turn around jumper.”

Jesse Edwards is one current Orange player that could satisfy this role. Here is what one of his former coaches at IMG Academy, John Rhodes, had to say about the Netherlands native when evaluating his game:

“(He has) Range up to 15-17 feet. Solid low post package. Can pass, dribble and shoot. With his length, he is a very good rim protector.”

On top of the teen’s high ceiling, if he can get an increased role on Syracuse’s offense it will help Edwards become a more all around player as time goes by. More importantly (for him) that would increase his draft stock.

When Syracuse is recruiting players over these next years, they should consider picking up more centers that can do at least these three things: shoot, rim protect, and score in the post. If they could pass that would that would only be a bonus. You never know what type of magic this can do for the Orange offense. SU already has at least some of the personnel for it to pay dividends with outside shooters like Buddy Boeheim and Joe Girard on the roster. The right center could make guys like them even more dangerous.