The Orange haven’t won an ACC game in regulation since the end of the 2019 season. SU was able to overcome North Carolina in the first round of the ACC Tournament that year, winning 5-3 on penalty kicks. But 2020’s on-and-off campaign ended without a conference win.

McIntyre said before Syracuse’s game against Penn State that he opted for a more difficult nonconference schedule to “prepare (SU) for the rigors of ACC competition.” While Syracuse dropped games against No. 1 Georgetown and the Nittany Lions, SU held the Hoyas to just one goal.

Last year, Syracuse finished 0-6-3 in ACC play as the only team that didn’t collect a win in either the spring or fall portions of the season. The Orange allowed almost twice as many goals as they scored and had a shot percentage of 8.6%. Goalkeeper Russell Shealy played the majority of conference games, and allowed 10 goals over six games. But the redshirt junior was pulled from warmups prior to the Orange’s game against Niagara after rolling his ankle, said McIntyre. Shealy will be evaluated later this week.

Both Clemson and Pittsburgh finished in the top five last year, and they both beat the Orange once. Syracuse did take Pitt — then the No. 2 team in the country — to double-overtime in its first game of the fall portion of the season. SU also took Virginia Tech to double-overtime, eventually finishing in a 1-1 tie against a team that finished No. 4 in the country in the fall. 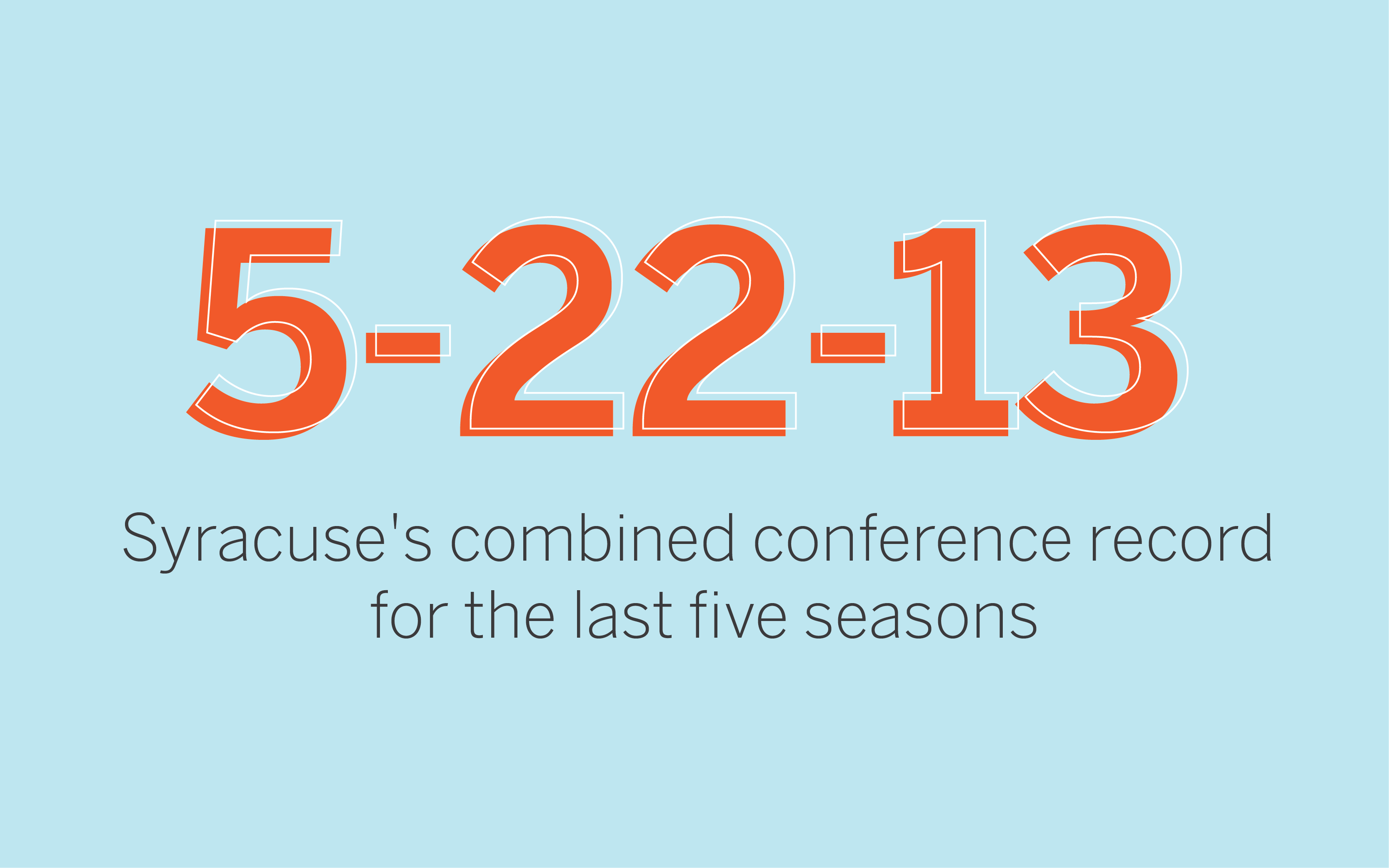 After Deandre Kerr’s breakout season as a freshman last year, he and McIntyre knew opposing teams would place more of an emphasis on stopping him. A lower-body injury that took the striker out of the starting lineup against Georgetown and Penn State was the result of increased physical play, McIntyre and Kerr said.

“Teams would have a closer eye on me, rough me up a little bit more, have defenders on me,” Kerr said prior to the Penn State game. “It’s part of the game, and it’s something that I have to deal with.”

Syracuse’s spring 2020 season featured four game cancellations due to COVID-19, and the men’s soccer team was one of SU’s only teams to halt play because of coronavirus complications among its own players. While one exhibition for Syracuse was canceled at the beginning of the season, the Orange have since found the consistent play heading into conference games they weren’t afforded last year. 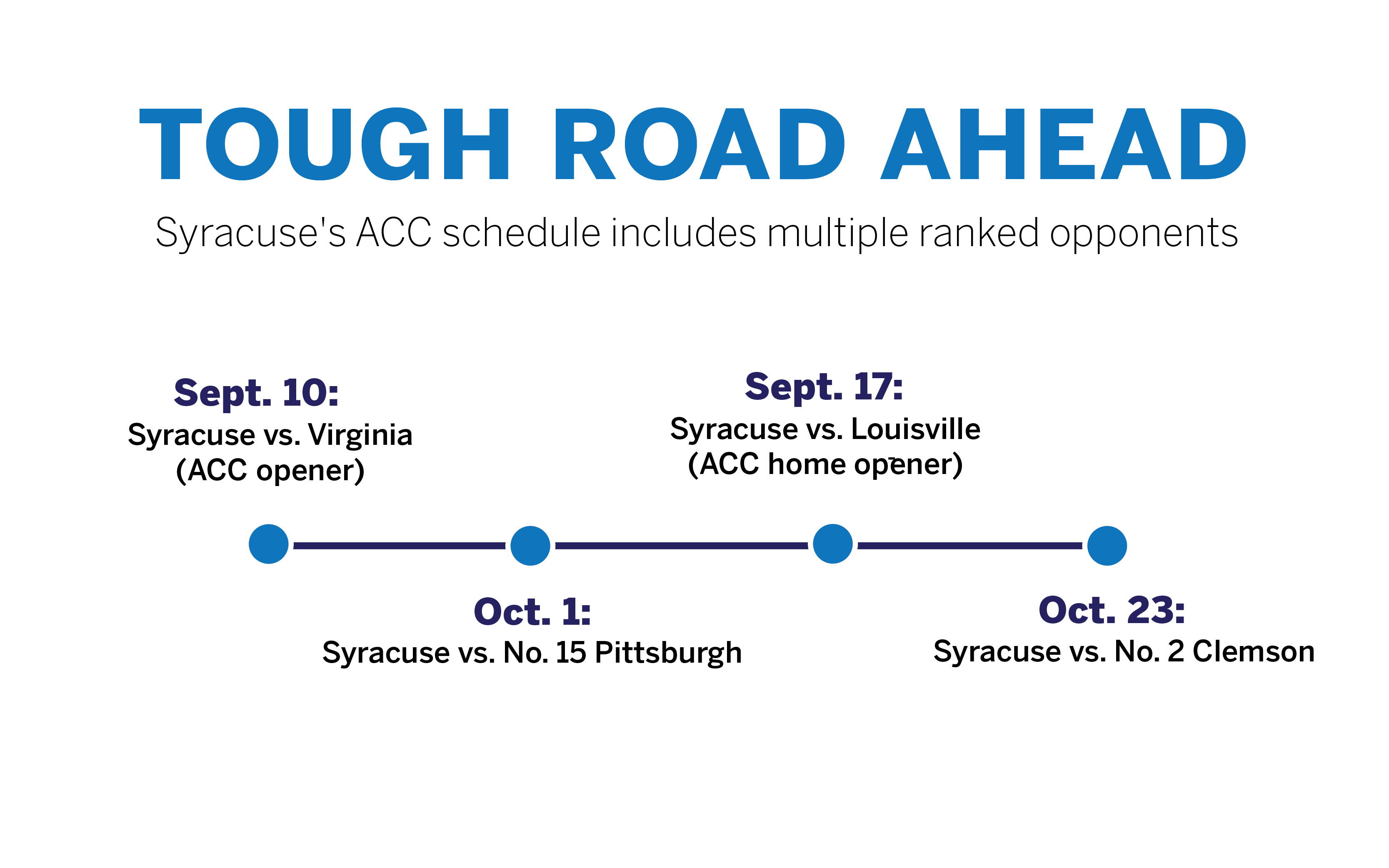 Virginia finished fourth in the North and Coastal divisions during each portion of the season last year. The Cavaliers are led by defender Andreas Ueland, who has recorded two goals and five points through a 2-1 start.

Following the UVA game, SU will take on Louisville, who has had a rocky start to the season. After scoring four goals against No. 2 Indiana in an exhibition match, the Cardinals fell to Saint Louis in overtime. Then last Friday, it took Louisville two overtimes to put away Bellarmine, a member of the Atlantic Sun conference. In the Cardinals’ second matchup with Syracuse last year, they piled on 17 shots and won 3-1 despite the Orange recording six shots on goal.

Syracuse travels to play Pitt in the beginning of October, and SU hasn’t won an away game against the Panthers — who were just upset 2-1 by No. 13 Akron — since 2004. Clemson, who won the spring portion of the Atlantic Division, travels to central New York on Oct. 23 to play Syracuse.