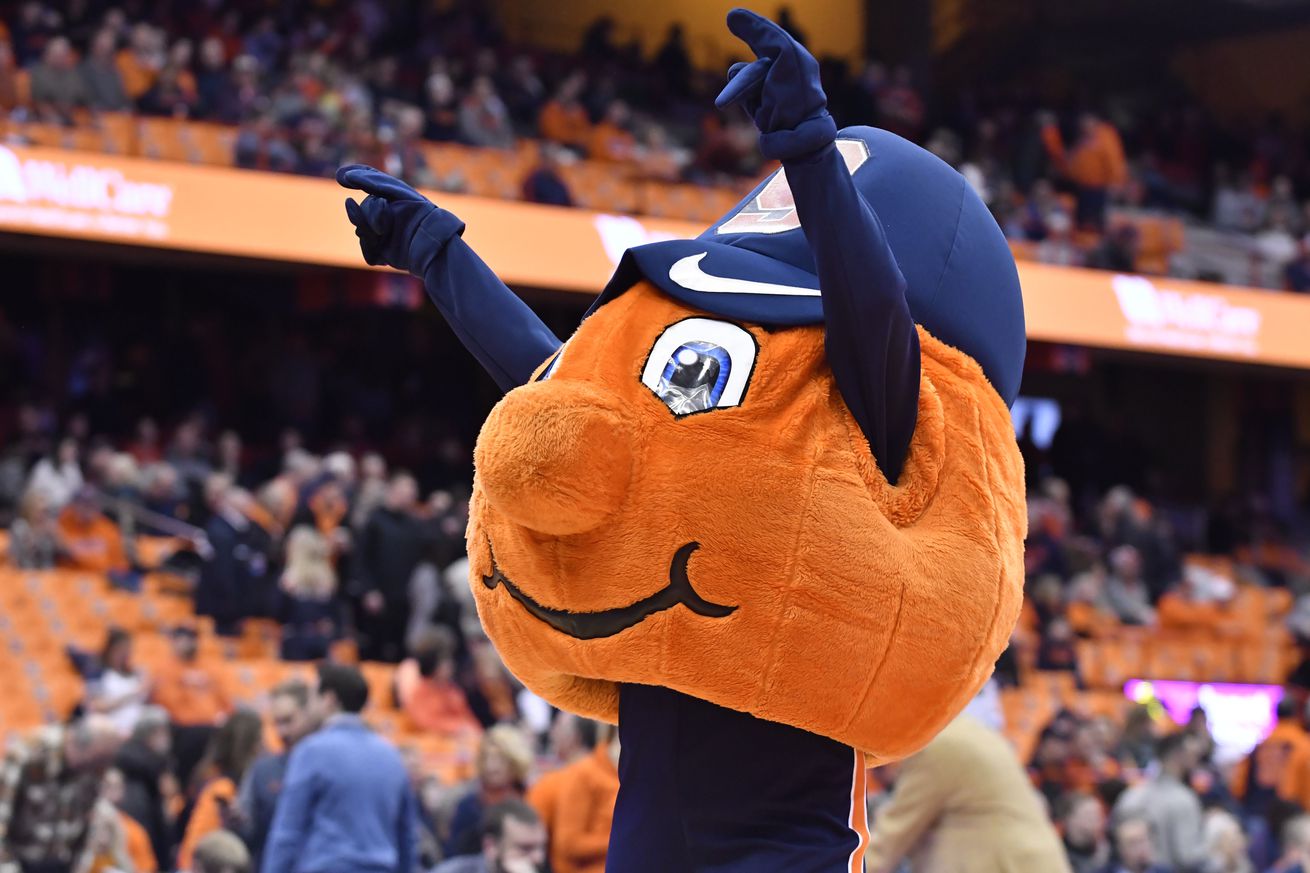 It’s 2044, and the world has changed. Only 3 cozy mascots can save us from ourselves…

The following is part of a paid agreement with Homefield Apparel.

The night sky hums as it always does with the low buzz of TactilDrones on patrol. Outside 1 Tactical Drive in what used to be Greensboro, NC, a single grate slides askew as a panther and bird slide in under the cover of nightfall. Inside the cold, efficient facility, TactilBots, androids with Tactical Sight and weapons, patrol ensuring no one leaves the facility. The panther stands on it’s back two legs, slinking past and into a side room, while the bird watches from the walls.

Inside the room stands a cryogenic tube, frosted glass obscuring any sight. The Panther pulls a weapon from his holster, firing plasma bolt into the tube, breaking glass an exposing a large, anthropomorphic Orange to the world for the first time in 44 years.

“Otto, buddy, it’s your old friend Roc,” whispers the large cat. “Hokie and I are here to get you home.” The Orange’s eyes begin to flutter, and it murmurs, “Skittles… chocolate?” “I can’t explain it all now, but it’s 2044. We have to get you out of here, and I promise it will all make sense soon enough.”

Alarms begin to blare as Hokie bird bangs down the door, screaming “THEY’RE ON TO US. USE THE TELEPORTER!” TactilBots sprint down the hall attempting to apprehend these rogue Resistance mascots, but all they find is a charred circle on the floor next to a broken cryotube.

“Goddamnit, we have to get there on foot now, Hokie! What happened,” screams Roc, as a flash of light reveals the three mascots next what used to be a fast chicken establishment. “Doesn’t matter, we’ve got 2 miles to the drop point, get the cloak on the fruit, it stands out like neon sign down here,” the exasperated bird replies. “Dome dogs and Pepsi?” “Listen: you’ve been on ice for 44 years. TactilCorp runs the world, and college sports are a thing of the past. The humans are brainwashed and we need to free them from the Virus to get our sports back,” Roc explains while throwing an XXXXXL trenchcoat over the Orange. As they begin to shuffle down back alleys, Hokie chimes in. “There’s a small group of us who are immune to their brainwashing, but before we realized what was happening, they picked some of us off. You were on a bye week, and easy to grab, and been on ice ever since.”

“Gum drops and sprinkles?” “It started so simply, we should’ve caught it…” The humanoid Panther set down his plasma cannon to stare off into the distance, remembering a time before the Resistance, TactilGuards, and Efficient Cooking. “The pandemic meant that most of America was stuck watching the ACC Network, being served ad after ad for Tactical this and Tactical that. They were stuck at home and wanted to make life easy, they wanted something to come in the mail to break up the monotony. First you get the glasses, then the shaver, then the next thing you know your whole life is Tactical gear and goddamnit…”

“It’s ok, bud,” says Hokie. “We never knew it would spread so fast. But when the SEC and B1G took their sweet time coming back, it was too late. They spread to the other conference networks, and eventually, when the Pac-12 was back, they were everywhere. Swofford sold his soul for TacticalBucks, which were only worth something when TacticalBanks came online. It was only a matter of time before they bought out all the telecoms to broadcast their message 24/7.”

“Rainbows and sunshine?” “You still don’t get it, do you, you dumb Orange,” Roc growled. “We were insulated. We got our fans to opt for cozy, warm, vintage apparel. They didn’t want efficiency, they wanted cozy comfort and silly logos. They wanted to hunker under a blanket and watch old highlights on their tablets, it kept them immune until the TactilVirus went out. We only stayed immune because we’re the source of that nostalgia.” “Aubie and Jonathan will meet you at the checkpoint and get you to the Resistance Headquarters in what used to be Indianapolis. There, we hope your fuzziness and insanity will be concentrated…” “VITAMIN C!” “Yeah, sure, as long as it’s potent enough, we have a cure,” the Hokie sighed.

Slipping into an deserted garage, the trio shuffled into the depths of the structure, to be greeted by a large lion and sad, almost suicidal looking husky. “Aubie, Jonathan, he’s your problem now,” Roc stated, the most relieved he’d felt in years. “War Damn Eagle,” Hokie added. And with a silent nod, the two led Otto on the next adventure…

Buy Homefield, save the world. Use code NUNES for 10% off your order.