yriam Cisco had just settled into her seat when the Syracuse parents surrounding her started jumping. It was the first minute of the first Syracuse game she had watched in-person, and her son, Andre Cisco, bullied Wagner receiver Andrew Celis across the field and hauled in an interception. Myriam took a few seconds to react. She was still nervous.

Andre’s career hadn’t been straightforward. He decided which high school he wanted to attend in elementary school and insisted on it until his mother paid his tuition, only to leave St. Anthony’s for IMG Academy after two years. At the time, he was an unheralded 16-year-old without any scholarship offers. But when he returned to New York, he was the starting free safety at an ACC school.

“I was so happy for him,” she said. “This is exactly what he’s worked so hard for.”

Andre entered the national spotlight freshman year, winning ACC defensive rookie of the year and leading the FBS in interceptions. He’s a two-time All-ACC selection, topping the conference in takeaways his sophomore year despite missing three games. He struggled with injuries his second year, but after spending an offseason working out, he’s a 2020 preseason All-American, a 2021 NFL Draft prospect and the Orange’s top defensive back.

Now, he’s looking to build off what he called an underwhelming season.

“A lot more leadership, a lot more plays to be made this season,” Andre said. “I’m looking to fly around to the ball and lift the energy on this team every game.”

From his first year of football in fifth grade, the Syracuse free safety mapped out his career: St. Anthony’s, college football and then the NFL. Though he took a 1200-mile detour to IMG Academy, Andre has accomplished exactly what he’s set out to do so far.

Andre realized he wanted to play in the NFL after a trip to MetLife Stadium in middle school.

Barclays, the company Myriam worked for at the time, organized a family day of carnival games at the New York Giants and Jets Stadium. He went along, unsure of what to expect. When he stepped onto the field, a smile crossed his face, Myriam said. He gazed around the field in awe — this is what he had dreamt of.

“I could see myself playing here,” his mother remembered him saying. She knew then it was his destiny. But, she wasn’t as sure when he first told her about his dream.

Andre’s first season was with the Valley Stream Green Hornets, the local team in Valley Stream, New York. He picked up the game quickly, understanding plays and formations in his first season. When the season ended that fall, he laid out his planned football path.

“I probably didn’t take it as serious back then, when he first said it,” Myriam said.

But he brought it up every season. St. Anthony’s, college football and then the NFL. He continued to impress on the field, enrolling in St. Anthony’s one year later. Step one was complete. 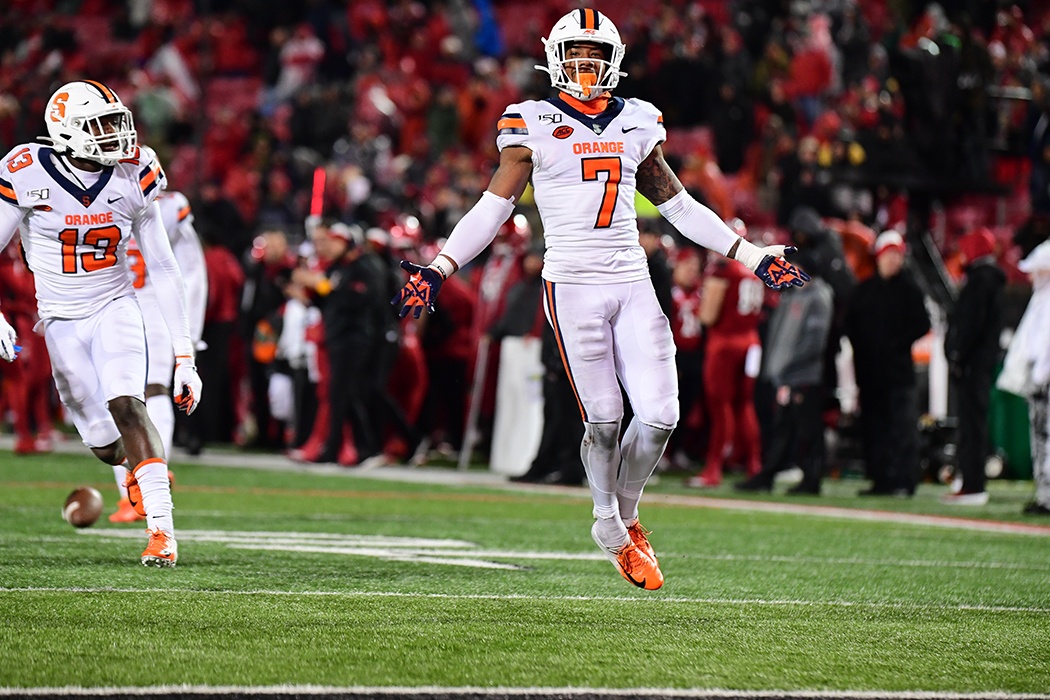 Since he was little, Andre planned to go to St Anthony’s, then play college football and then go to the NFL. Max Freund | Staff Photographer

With the Friars, he played junior varsity his first two years because underclassmen were rarely promoted to varsity, former head varsity coach Rich Reichert said. When he showed up to practice before freshman year, Andre, who at that point had only played quarterback and running back, switched to defense. He knew he needed to earn game time, and there was an open spot at cornerback.

He woke up at 5:30 a.m. every day to catch the 6:29 a.m. bus out of Valley Stream for school. By the end of his second season, he was already one of the best corners at St. Anthony’s, Reichert said. In their annual spring season, a 16-year-old Andre clamped down other teams’ best receivers, jumping a curl route one time and making a diving interception.

“I could tell by the spring season of his sophomore year that this kid was going to be special,” Reichert said. “He’s really everything you want in a defensive back.”

For the next season, Andre was set to play a key role for the varsity team, so he started looking for summer training camps to improve skills. He found a camp online in California, one where he could stay with Myriam’s cousin nearby.

“When I Googled it, I was like ‘that’s not a camp,’” Myriam said. “This is a group of people getting together on a beach and working out.” 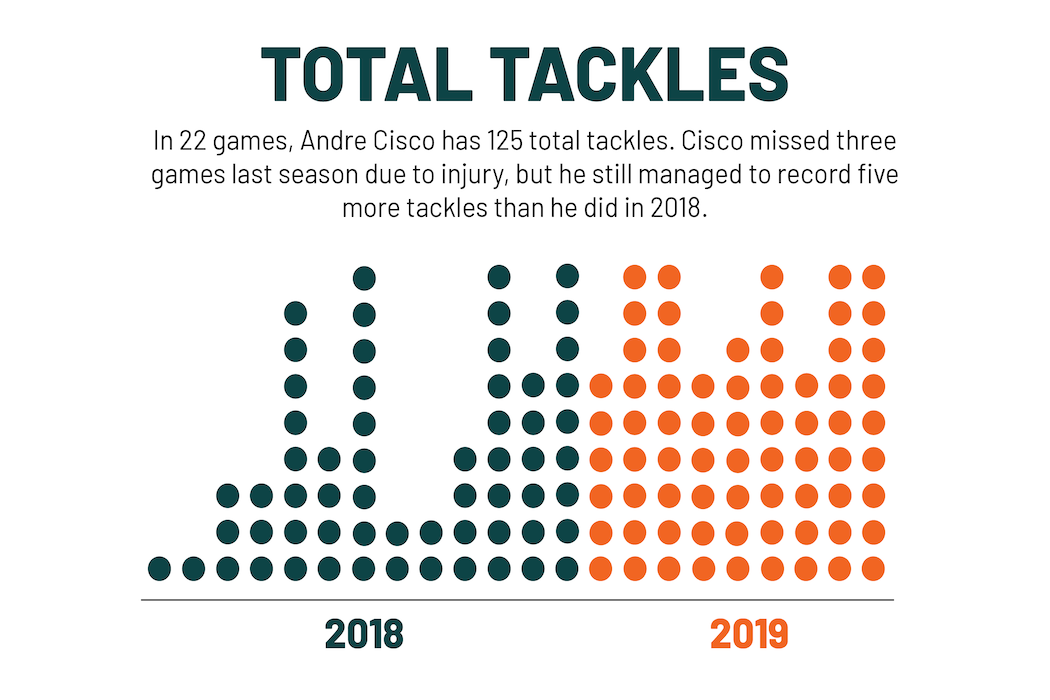 Instead, she found a school in Bradenton, Florida that offered positional training for high school football players. She showed her son the description: “IMG Academy: an elite training camp taught by former NFL and college players.”

Though Andre insisted that he attend the California camp, his mother called IMG the next day and booked his flight for two days after his sophomore year ended. When he arrived, he saw the facilities, including the professional-style gym and the ornate locker room with nameplates for each player.

During the camp, he had the opportunity to lift weights with IMG’s conditioning trainers twice a day. The staff was impressed not only with his athletic ability but also with how quickly he implemented advice from coaches. It didn’t hurt that he shut down every receiver he covered either, said Sheldon Bell, former IMG head of recruiting.

“We looked for the guys that not only were talented but also were willing to do whatever it took to get better,” Bell said. “We took one look at this kid and knew we wanted him in the program.” 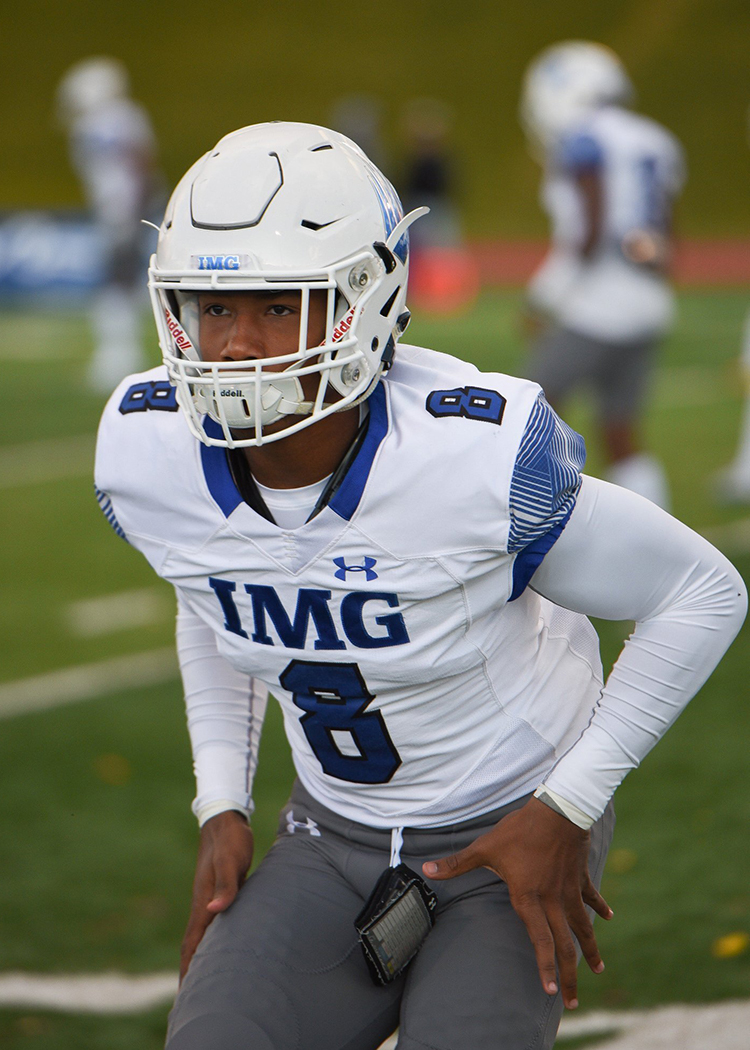 At IMG Academy, Cisco lived away from home for the first time. During his first season, he settled into a role as a special teams player. Courtesy of Myriam Cisco

In the middle of the week-long camp, Myriam received a call from Bell. Andre, who had never played a minute of varsity football, had an offer from one of the best high school football programs in the nation.

Though there was a bit of deliberation, in reality, the decision was a no-brainer. He was traveling hours round-trip for school and training in New York, but at IMG, he could get to the weight room, practice facility and classroom within minutes. If he wanted to follow through on the final two steps of his plan established five years prior — college football, then the NFL — he had to move south.

The first few weeks at IMG were strenuous. The 16-year-old was timid when he arrived, Bell said. He didn’t know anybody else yet and struggled to stay occupied on weekends, as IMG didn’t allow students to leave campus unless a parent or registered adult signed them out.

“He had never been away from home,” Myriam said, “I remember saying to him, ‘Allow yourself to focus.’”

Andre started lifting weights more, Bell said. He also watched more film, studying physical corners such as Richard Sherman to see how they prevented receivers from breaking into their routes. By the time the season came around, he had settled into a role on special teams — not yet a defensive starter.

“IMG helped me in a lot of different ways,” Andre said, “Being on my own and having to take care of business by myself. That was a big part of it.” 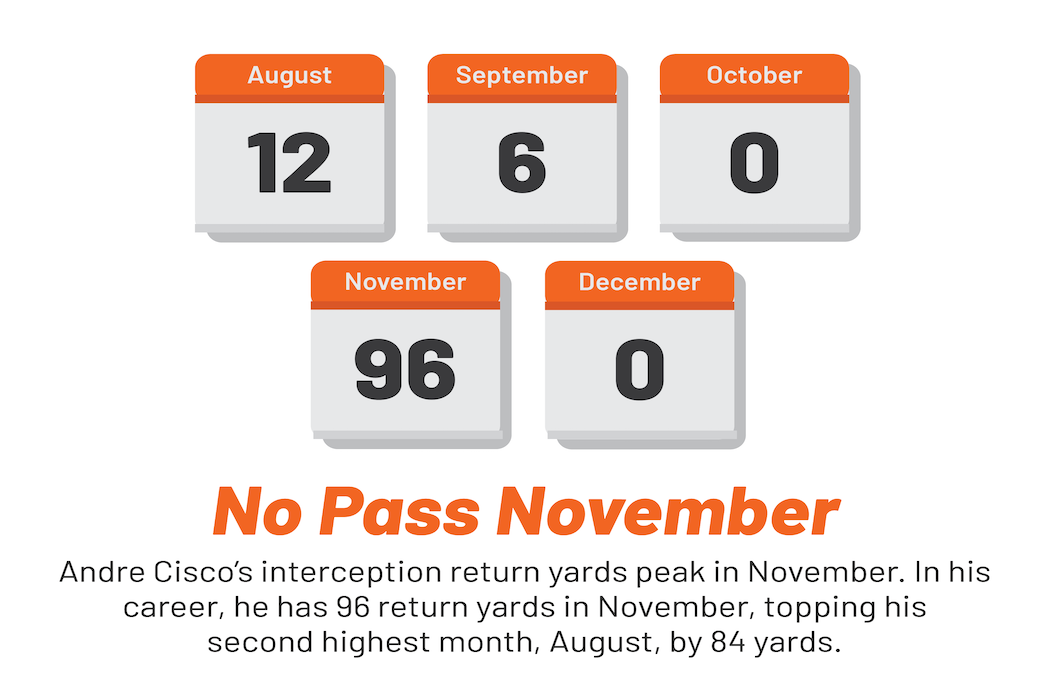 Andre observed future Cleveland Browns safety Grant Delpit and mastered the intricacies of man-coverage from the sidelines his junior year. He tried to emulate Delpit, who was built similarly, former IMG defensive backs coach Antonio Banks said. Banks, who coached Andre during his senior year in 2017, moved him to safety soon after watching him in practice that summer.

“This guy is tall, he’s lanky and he’s physical. He can play safety,” Banks said of his decision. “Once he got it in his mind that he was going to play safety, he just took it and ran with it.”

Shortly after Delpit departed for LSU, Andre stepped into the starting role. Banks wanted him to improve his range or ability to get from his role as a deep-lying safety to the  sides of the field. He spent hours after practice on the agility ladder, catching balls on the JUGS machine and working on explosive running.

Andre matured to the point where he was correcting his teammates and coaching staff. In walkthroughs and film breakdowns, he would speak up and tell Banks what he thought was right.

“It was a joy to see a player willing to do that,” Banks said.

Even with his rapid improvements, Andre didn’t receive many offers until the final month of his senior season. An academic advisor sent his tape to a few schools, and offers from Vanderbilt and Syracuse trickled in.

He visited SU, met head coach Dino Babers and saw the facilities at Manley Field House. The proximity to home was a bonus, and an open spot at free safety and potential for immediate playing time was appealing. Step two was complete.

In the years since, Andre has emerged as the Orange’s defensive leader. Even though he tallied five interceptions in nine games last season — best in the ACC —  he traveled down to Atlanta in the spring to rebound from a somewhat disappointing sophomore year. He worked with Oliver Davis II, a defensive backs specialist who’s trained numerous NFL players.

If all goes as planned, and if those workouts with Davis pay off, step three will be complete. St. Anthony’s, college football and now the NFL.

The post THE NEXT STEP: Andre Cisco’s NFL dream began with 3 goals. So far, he’s achieved 2 of them. appeared first on The Daily Orange.