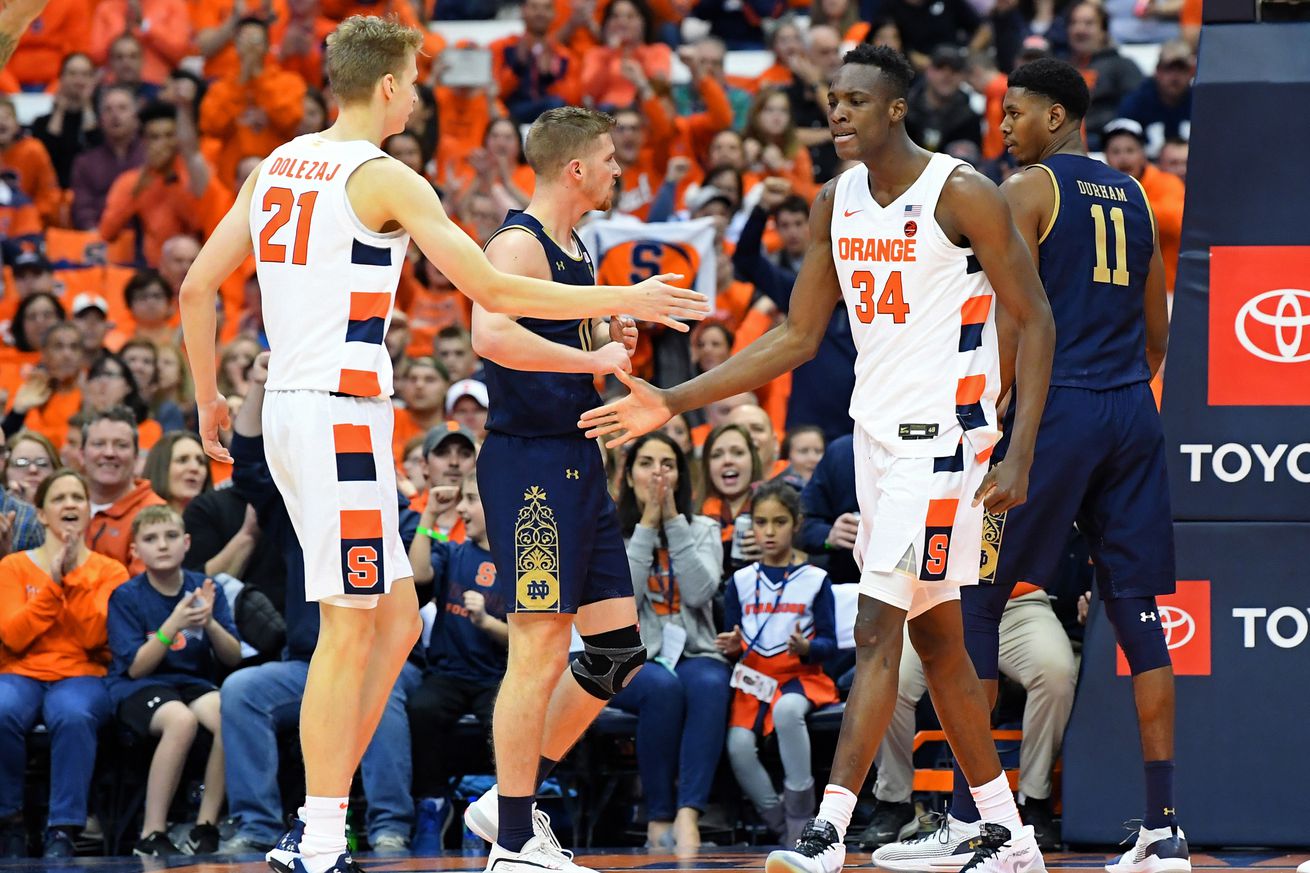 We’re two weeks away (maybe?) from the Syracuse Orange men’s basketball season and Jim Boeheim feels good about what he was seeing from his returning players before practice activities were paused on Sunday.

Boeheim says the veteran players at Syracuse are the furthest along at this point. Says every player has improved across the board.

Based on what we saw last season there are some specific areas I’d like to see improvement so let’s run down each of the returning scholarship players.

Last year the 6’6” Boeheim averaged 1.9 rebounds per game. No one’s expecting him to be a force on the defensive glass but this is a Syracuse team that needs all five players helping out. Buddy needs to show better reactions to long rebounds and he could easily increase his output from 19-20.

Girard himself indicated he needed to gamble less on defense and make better reads while defending at the top of the zone. On offense he needs to understand that an early deep shot often turns into a fast break for opponents. Girard will get his points but he needs to display the patience he showed in the final game of last season.

During ACC play, the two best interior players combined to average 7.5 fouls per game. Picking up fouls defending the rim is one thing but Dolezaj and Sidibe had a bad habit of picking up over the back calls on plays where they had no chance of getting the ball. Both of them need to do a better job of avoiding the frequency of these silly fouls.

We’ll use a hockey team for our Quebec player. Instead of falling in love with the outside shot Guerrier needs to use his athleticism to attack the rim. He’s the Orange’s best option on the offensive glass and while I don’t hold out hope for many post-up opportunities he can be a weapon cutting to the rim.

The 7’ Edwards doesn’t need to complicate things. On offense he can turn and shoot over defenders without worrying about putting the ball on the floor. In the middle of the zone he doesn’t need to jump for everything but just getting in position with his arms up will deter opposing offensive players.

You know the saying “the best ability is availability”? Well for Braswell that’s certainly the case. He’s going to find minutes tough to come by this season but if he’s healthy he can be used to give Syracuse another shooter and defender. Should the Orange need to press or face a zone defense than Earl could see an opportunity to force the coaching staff to find him more minutes.

What about you? Which areas do you see for these players to take the next steps forward?