s Marek Dolezaj rose to the rim and finished a transition dunk, drawing an and-one, the power went out inside Boris Trajkovski Sports Center. Dolezaj landed, and teammates on the bench joked that his dunk had turned the lights off. It was Aug. 6, 2016, just three minutes into Slovakia’s FIBA Under-18 European Championship semifinal game against Montenegro.

That day, a storm tore through Skopje, Macedonia, the location of the tournament, and caused the Slovakia national team’s 10-minute bus ride from their hotel to take 90 because of flooded streets. Both teams had shortened warmups.

Dolezaj’s play was one of several that etched his spot in the Slovakian lineup, despite being undersized. He needed to rely on transition offense, strong rebounding and smart defense against stronger and taller opponents. Slovakia ended up losing after the power returned, despite Dolezaj’s 14 points. His 19 the next day claimed a win against Hungary and a third-place result, the country’s best youth-team finish.

“Marek in transition, you know, it was a lot of alley-oops, a lot of funny things,” Richard Duris, the coach of Slovakia’s U-18 team that year, said.

Playing against men as old as 30 in his club team, the Extraliga for Karlovka, shaped Dolezaj into the player was when he arrived at Syracuse. A year after the bronze medal finish, he was 180 pounds, the lightest forward on the Orange’s roster by 25 pounds. As he progressed and keyed the Orange’s run in the NCAA Tournament that year while helping it return again the next season, Dolezaj continued to grow. 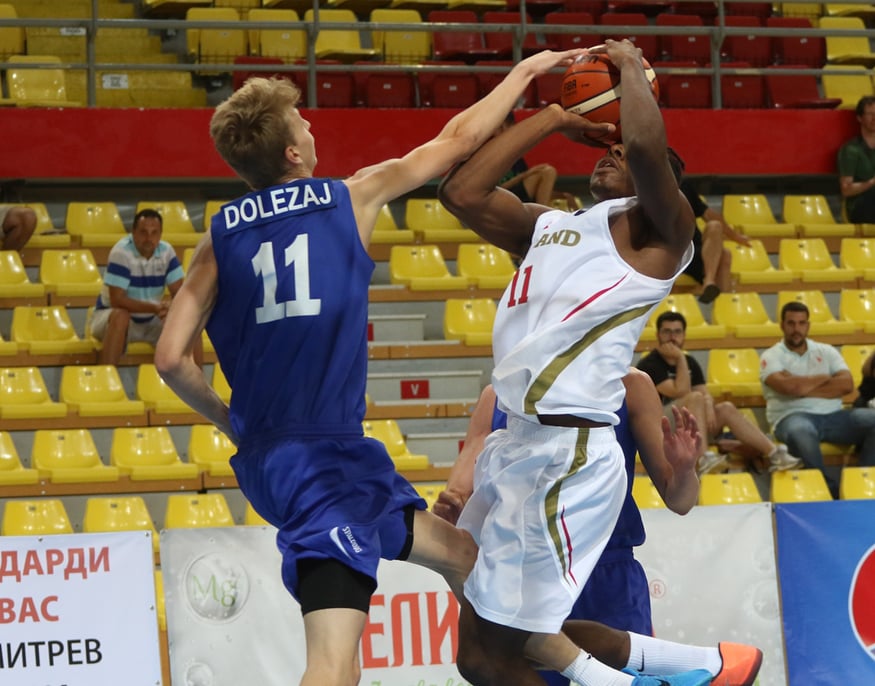 Marek Dolezaj played for Slovakia’s national team, including during its third-place finish in the FIBA U-18 European Championship.
Courtesy of Richard Duris

In 2018-19, he started just six games but continued to carve out an expanding offensive role, slightly lifting his shooting percentage from 53.7% to 55.9%. Dolezaj compiled 43 steals, up from 30 the previous year, and became a consistent presence off the bench behind Oshae Brissett. Since, he’s secured a regular spot in the Orange’s starting lineup, gained 20 pounds since COVID-19 halted SU’s season in March and continued to improve his shot, Syracuse head coach Jim Boeheim said. And with a hole left by Elijah Hughes’ jump to the NBA, Dolezaj might be the plug SU needs.

“When he was younger, he was even skinnier than now,” Duris said. “But I think (that) really developed his basketball IQ. From a really young age, he had to be able to find the ways with his brain, not with his body.”

Before Slovakia reached the semifinals of its FIBA tournament four years ago, it needed to defeat Georgia by 14 points to advance out of group play. Early in the first quarter, Dolezaj raced into transition — gaining a step on Goga Bitadze, a future Indiana Pacers first-round draft pick. After crossing the free throw line, Dolezaj dunked on the 6-foot-11 center. 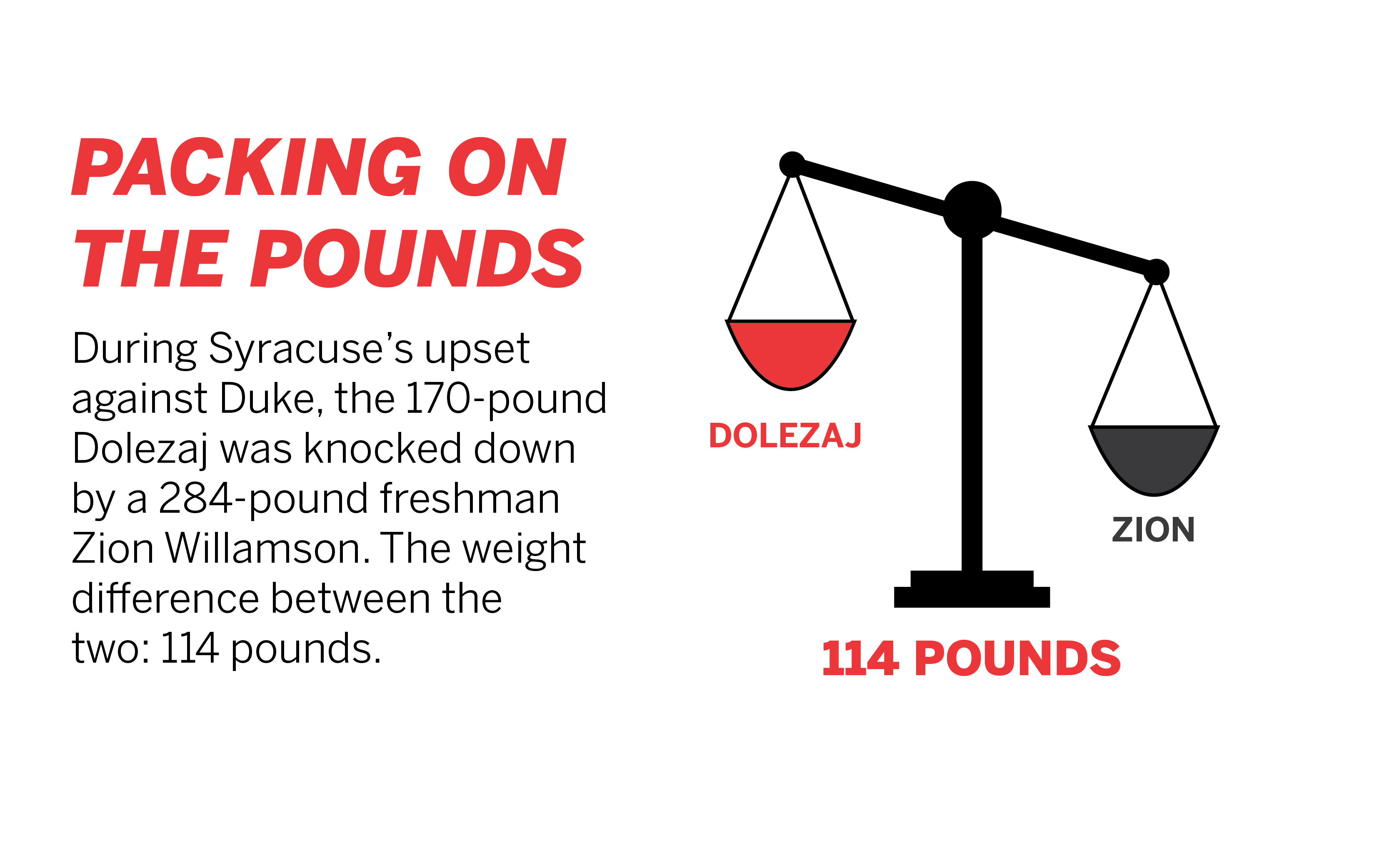 In Duris’ defense, Dolezaj slotted in the weak side block of the 2-3 zone and the top of their 1-3-1 three-quarter or full-court press. Because of his wingspan, offenses struggled to cycle the ball from side to side, Duris said. Their goal was to chew at least eight seconds off the shot clock before opponents crossed half court. And they often did with Dolezaj, forcing quick and rushed shots that he rebounded.

Off those steals and rebounds, Duris emphasized the need to push the ball up the floor. It was how Dolezaj could use his speed to gain a step or two. Slovakia looked for points around the rim while attempting to draw mismatches with post players lined up against Dolezaj outside the 3-point line. Unlike his spot in Syracuse’s rotation the last three years, which has traditionally been in the paint, Dolezaj often slotted as a two or three guard with Slovakia.

“We were afraid that this would be his problem, but I think he really meshed this with his IQ,” Mario Ihring, a fellow national team member, said. “If you have this IQ, you can still play also with this kind of body.”

When the Slovakian national team trained in Bratislava before the European Championships, it often only had 30 days together prior to competition. That meant training sessions focused more on learning systems than technical development. Ihring occasionally stayed at Dolezaj’s house in the capital city and went on tours with his teammate. They visited Bratislava Castle and the city’s center, both pit stops in between Eurovia Arena practices. 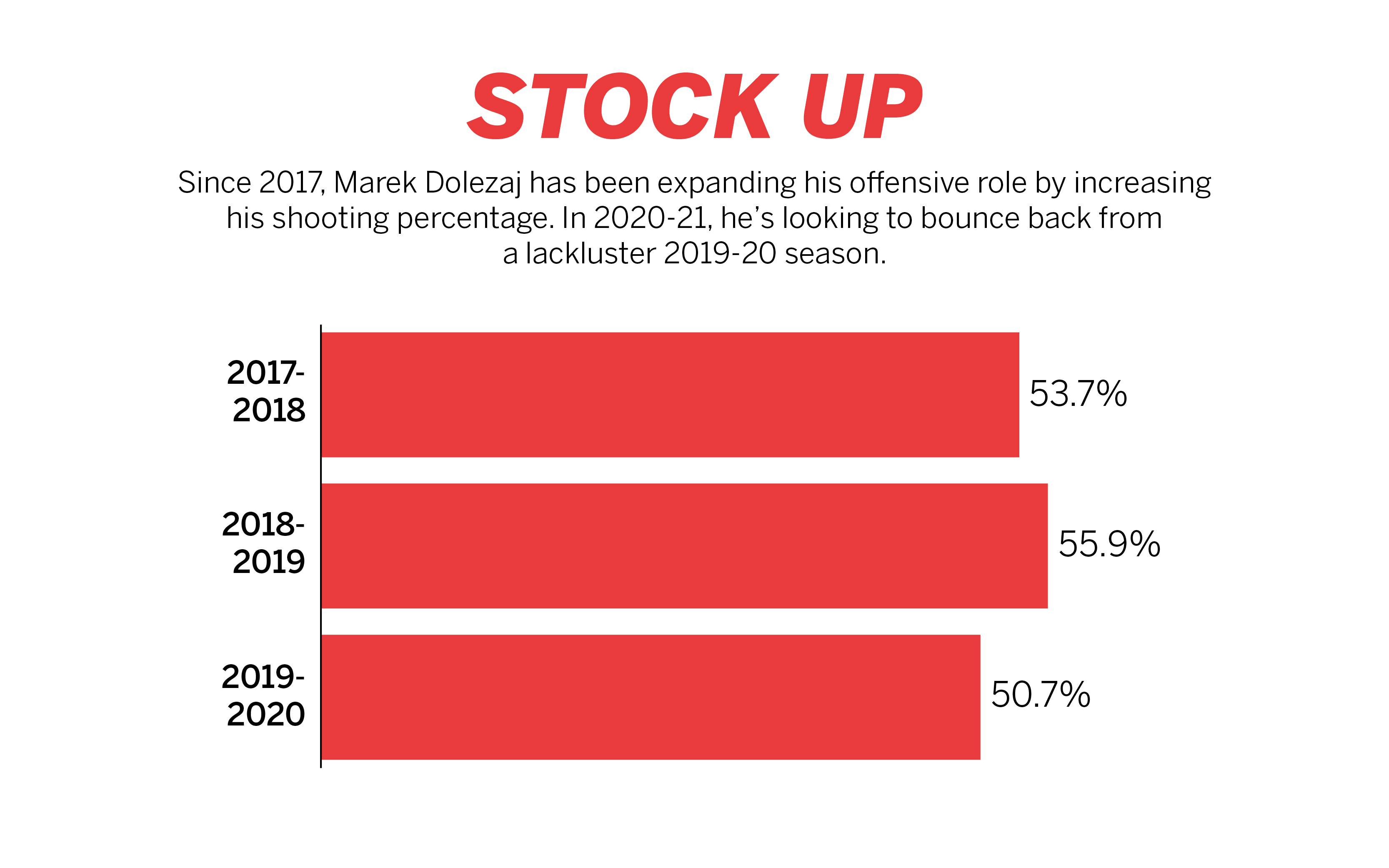 Before joining the national team, Dolezaj solved the ongoing problem that followed him throughout his youth basketball career with his Karlovka club: his smaller frame. Longtime coach Peter Ivanovic taught him how to contribute as a smaller player. It earned him a spot on the Slovakia national team for the U-16 team at age 15, where he met Ihring for the first time, two promising prospects on a team that finished 4-5 in that tournament.

“We all knew I was the skinniest one,” Dolezaj said. “That was always my problem, all my life.”

Dolezaj’s role in the paint at Syracuse differed completely from the one with Karlovka and a Spanish pro team back home. Suddenly, the 180-pound forward was thrust into the paint against Atlantic Coast Conference players weighing significantly more than he did.

So he brought the same approach — using his quickness and out-smarting opponents  — to earn a spot in Syracuse’s starting lineup for its final 17 games that season.

“That’s the most important thing for him: to gain weight and to improve his shot,” Ihring said. “I think he did it.” 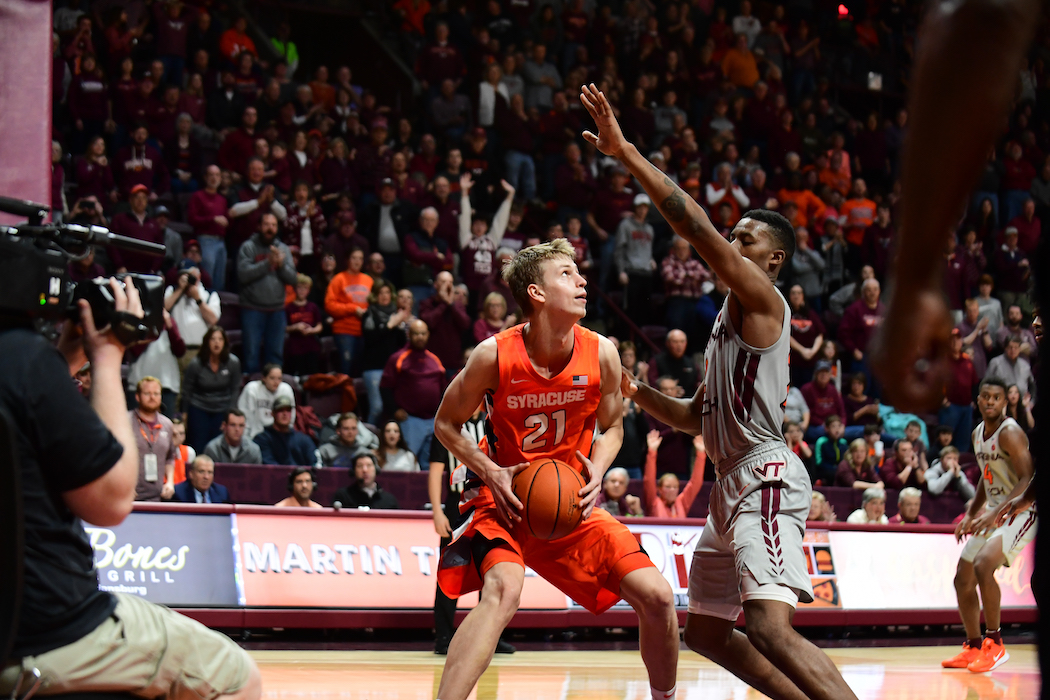 Midway through the first half of Syracuse’s upset win over Duke in his sophomore season, Dolezaj stepped up into the Cameron Indoor Stadium paint as Zion Williamson raced down court in transition. Dolezaj absorbed the charge, flew backward and landed on his back, rolling around as Brad Pike, Syracuse’s associate athletic director for sports medicine, walked onto the court.

“Marek is sneaky. He plays pretty strong,” Boeheim said. “Even though he was 170 pounds, you didn’t see him get overpowered a lot. Zion knocked him down, but Zion would knock down a tractor.”

Watching the game back in Slovakia, Duris grimaced as Dolezaj hit the floor. Then, he started laughing. “Good job Marek, hopefully you will be healthy,” he said of his former player.