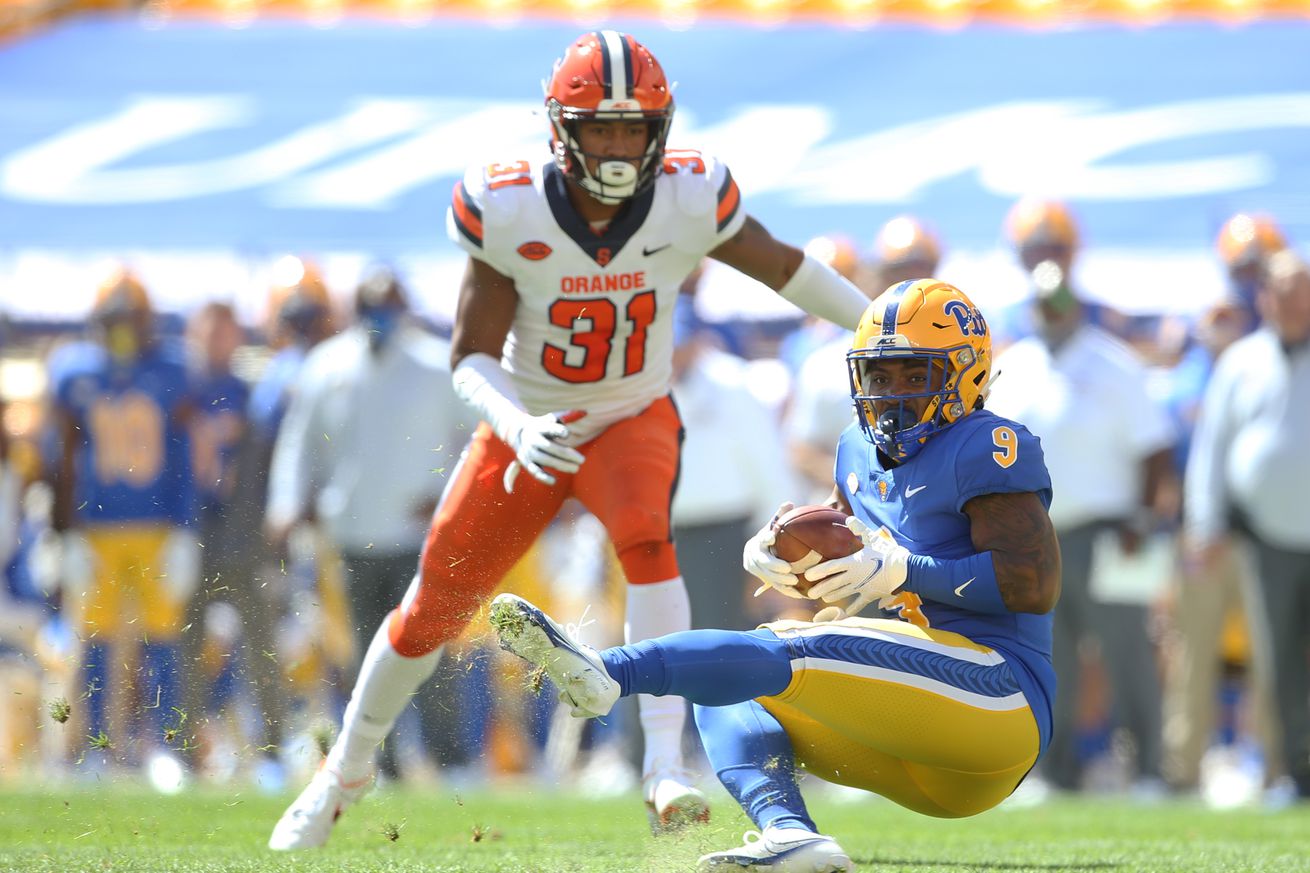 There were three guys who all deserved player of the game

Deciding a player of the game was quite hard for the Syracuse Orange’s game against Pittsburgh, and not because everyone on the team played badly. Of course, there are certain units on the roster that did not perform well against the Panthers, in particular the offense, but the defense continues to show areas of strength early in the season.

So why did I say it was tough for me to choose a player of the game? It’s because for me there were three options to choose from. All three were the starting linebackers – Mikel Jones, Geoff Cantin-Arku, and Stefon Thompson. At one point I wrote something on all three guys for this article. Who do I eventually settle on?

It seemed like Cantin-Arku did a little bit of everything against the Panthers. The 3-3-5 is set up for the linebackers, especially those playing in the outside positions, to become the main point of attack. The fact that Syracuse’s middle linebacker led the team in quarterback pressures with three QB hurries is impressive given the nature of SU’s new defensive scheme.

Cantin-Arku led the linebackers with five total tackles, but that doesn’t tell the true story of his influence. Syracuse excelled in tackling Pitt players for losses, and Cantin-Arku had two. He also made three defensive “stops,” which Pro Football Focus defines as a failure for the offense to gain significant yards on the way to set up or gain a first down.

To cap it all off, Cantin-Arku had a really balanced performance in run defense, pass rush, and coverage. I mentioned his three QB hurries, but Cantin-Arku was graded the second-highest player in run defense (77.5), only bested by McKinley Williams in that category (77.7). Finally, on two receptions, receivers covered by Cantin-Arku lost six yards. The 3-3-5 expects the linebackers to be swiss-army knives, and Cantin-Arku proved his versatility on Saturday.

Normally I note my honorable mentions, but you already know them: Jones and Thompson. It took me extremely long to decide who should get player of the game honors against Pitt. If two other guys on staff here wrote something on why either Jones or Thompson deserved that recognition, I would have a hard time disagreeing with the points they would make.

Now it’s your turn. Who should get player of the game honors for Syracuse against Pitt? Sound off in the comments below.