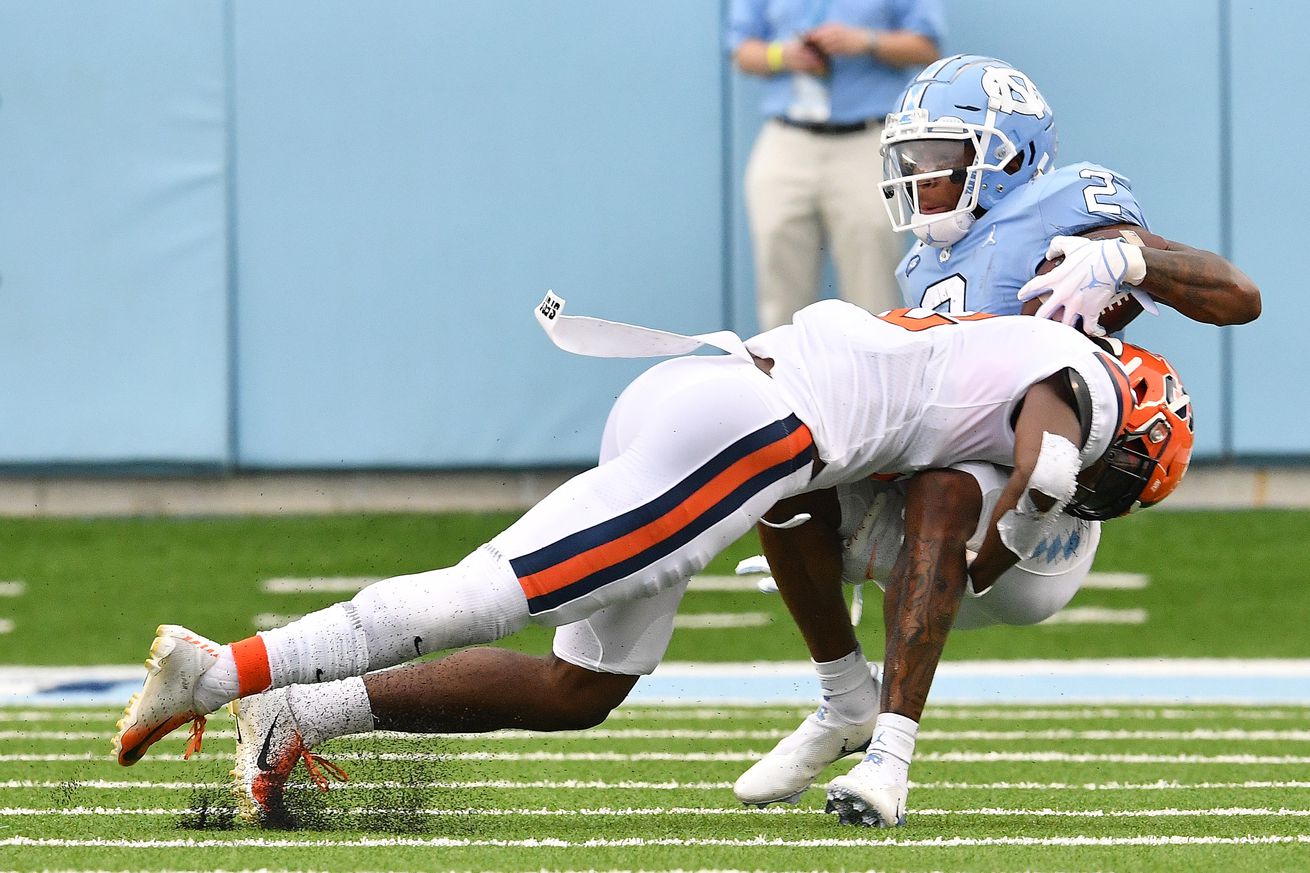 Who was the star for Syracuse on Saturday?

Believe it or not, there were some positives that can be taken from Syracuse’s loss against North Carolina. A couple of players for the Syracuse Orange performed pretty well and kept SU in the game for a long period of time. Naturally, one player will stand out in your mind more than the others.

I’ll document who my player of the game is after every contest, and we’ll get the rest of the TNIAAM staff to weigh in on this discussion as well in the coming weeks. So who gets my nod for Syracuse’s player of the game?

This may be a surprise pick for some, but for me Melifonwu was a big reason why the fearsome UNC aerial attack was neutered for three quarters of the game. Sam Howell quickly realized early in the game that he wouldn’t be able to consistently feed a ball to the receiver that Melifonwu was covering (for most of the game that was Dyami Brown). As such, Howell needed to move away from his top receivers and target his guys who were lower on the depth chart in an attempt to move the ball down the field.

Melifonwu played a big part in both of Cuse’s interceptions even though he wasn’t credited with either. On Mikel Jones’s interception Melifonwu was draped all over Brown and snuck a hand in front of Howell’s pass. That tipped the ball in the air which led to an easy scoop for Jones.

On Andre Cisco’s interception Melifonwu was once again all over Brown. Howell’s long, lofted pass would probably have not been caught by Brown in the first place due to the presence of the Orange cornerback. Melifonwu disrupted Brown so much that his hands were in no position to potentially fight Cisco for the ball.

Pro Football Focus gave Melifonwu a 75.1 coverage grade, which was second on the team to the 78.5 coverage grade that Garrett Williams received. Both Orange cornerbacks did pretty well against a quarterback who many touted before the season as the second best quarterback in the ACC behind Trevor Lawrence. But Melifonwu in particular scared off Howell so much that he forced the UNC signal caller to avoid his side of the field.

Who do you think was Syracuse’s player of the game against North Carolina? Sound off in the comments.