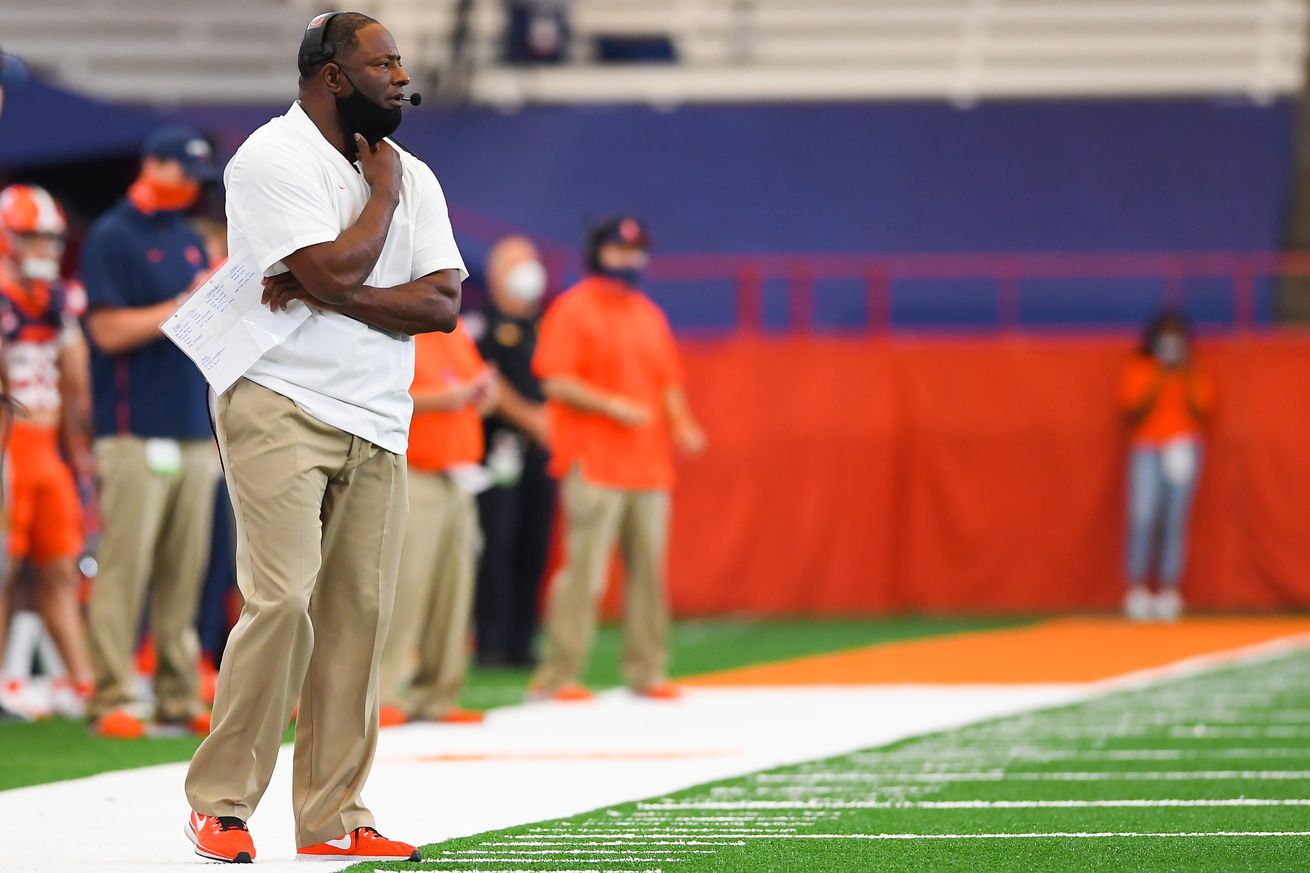 Much more successful than last week

Two weeks into the Syracuse Orange season and there was little positive to pull from the offense. Running, passing, play-calling were all ineffective. Would returning home change things up for the Syracuse offense?

The first down numbers against Georgia Tech are definitely reasons for some optimism heading into the bye week.

Throwing to Aaron Hackett on the first play was the change all Orange fans wanted to see. Even though it was his only catch, the fact that Syracuse was willing to look for the tight end gave the Georgia Tech defense something to think about. In the first half Sean Tucker did a solid job gaining 38 yards on 8 first-down carries. Getting four yards on first down kept the Syracuse offense out of third and long situations and enabled them to find a bit of rhythm.

In the second half Syracuse struggled to move the ball on the ground but Tommy DeVito did two things fans have been begging him to do: hit on a deep throw and spread the ball to someone other than Taj Harris. DeVito and Nykeim Johnson connected three times for 83 yards and a touchdown as the Orange responded when the Yellow Jackets made it a one-score game.

TD airs it out for a TD

We’ll see if an extra week of practice will help the offense build upon Saturday’s performance when they return to action against the Duke Blue Devils in two weeks.