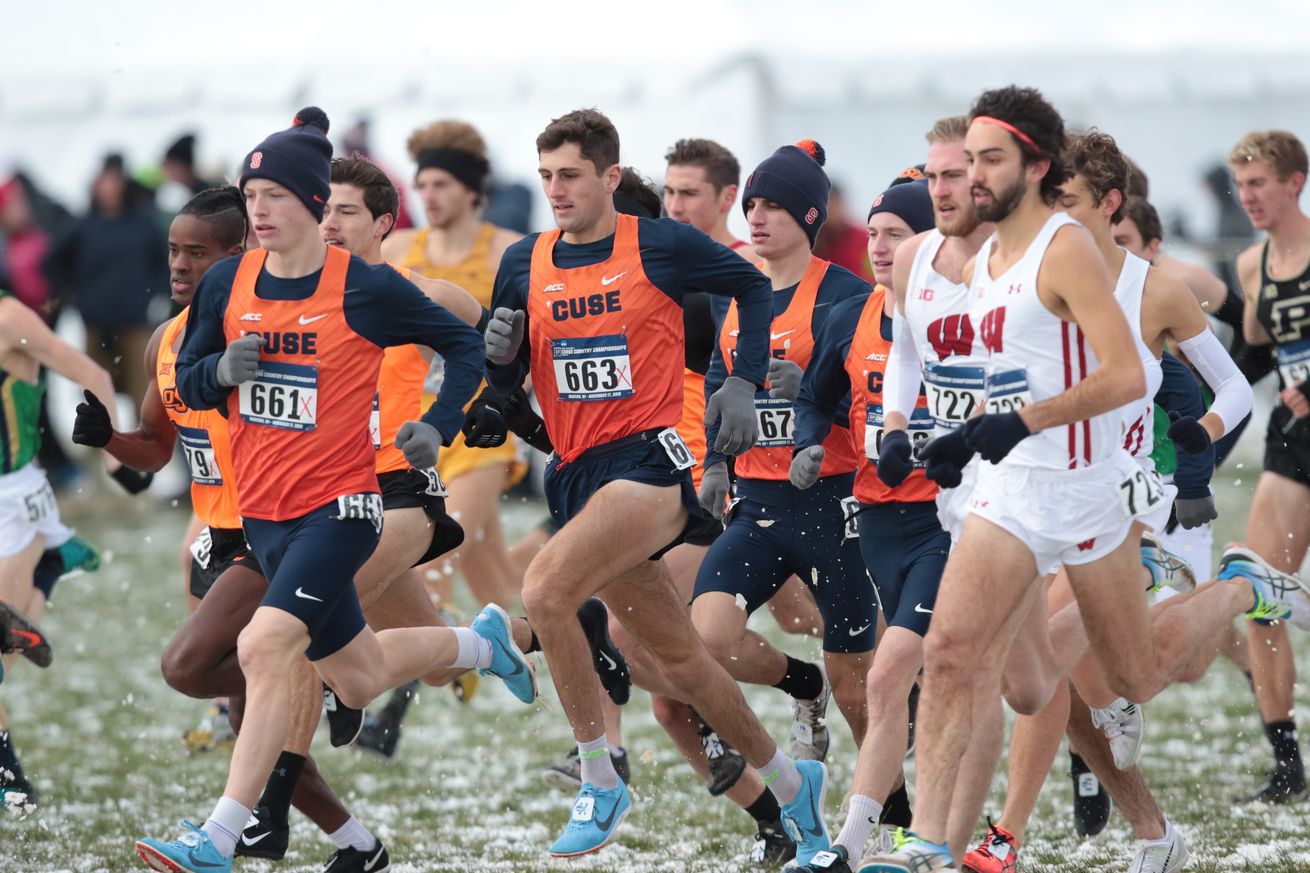 The Orange and Army met on Saturday

The Syracuse Orange football team wasn’t the only sport to start their season on Saturday. The cross-country squads stayed in New York for a rare dual meet against the Army Black Knights. It was the first dual meet between the schools since 1996 as the cancellation of fall sports by most conferences have meant there will be no big invitational races this fall.

Syracuse’s men’s team captured the first nine places on their way to a 15-50 sweep of Army. Graduate transfer JP Trojan won the 7.5k race in a time of 22:46 just ahead of Nathan Henderson and Joe Dragon. After them the next six places were all Syracuse freshman or sophomores as Silas Derfel, Alex Comerford, Noah Beveridge, Michael Phillips and Joey Eovaldi rounded out the top nine.

The Orange women lost their race by a 26-33 score. Amanda Vestri cruised to a 42 second win in the 3 mile race with a time of 16:42. Freshman Sarah Connelly was fourth in her first race with Justus Holden-Betts right behind in fifth. Kayli Jones (13th) and Eva Scott (14th) rounded out the scoring for Syracuse.

It seems as though Syracuse will race Army again, along with the Boston College Eagles as they look to get some racing in before the ACC Championships. Both teams were missing some key pieces on Saturday so we’ll see if those athletes will be back in action this Fall.